The Acer Nitro RX321QUPbmiiphx is a gaming monitor that appeals to me: minimalist design, 31.5 inches in 16:9 format and decent hardware. The ideal monitor for work, PC and console gaming. But can he really convince in all areas?

Most current gaming monitors are either 27 inch with a Full HD resolution or curved ultra wide monitors with a 4K resolution. While the first category is ideal for e-sports and usually boasts extremely fast frame rates, the second category is the better choice for most PC gamers. Unfortunately, the current consoles from Microsoft and Sony don’t really get along with the ultra-wide format. 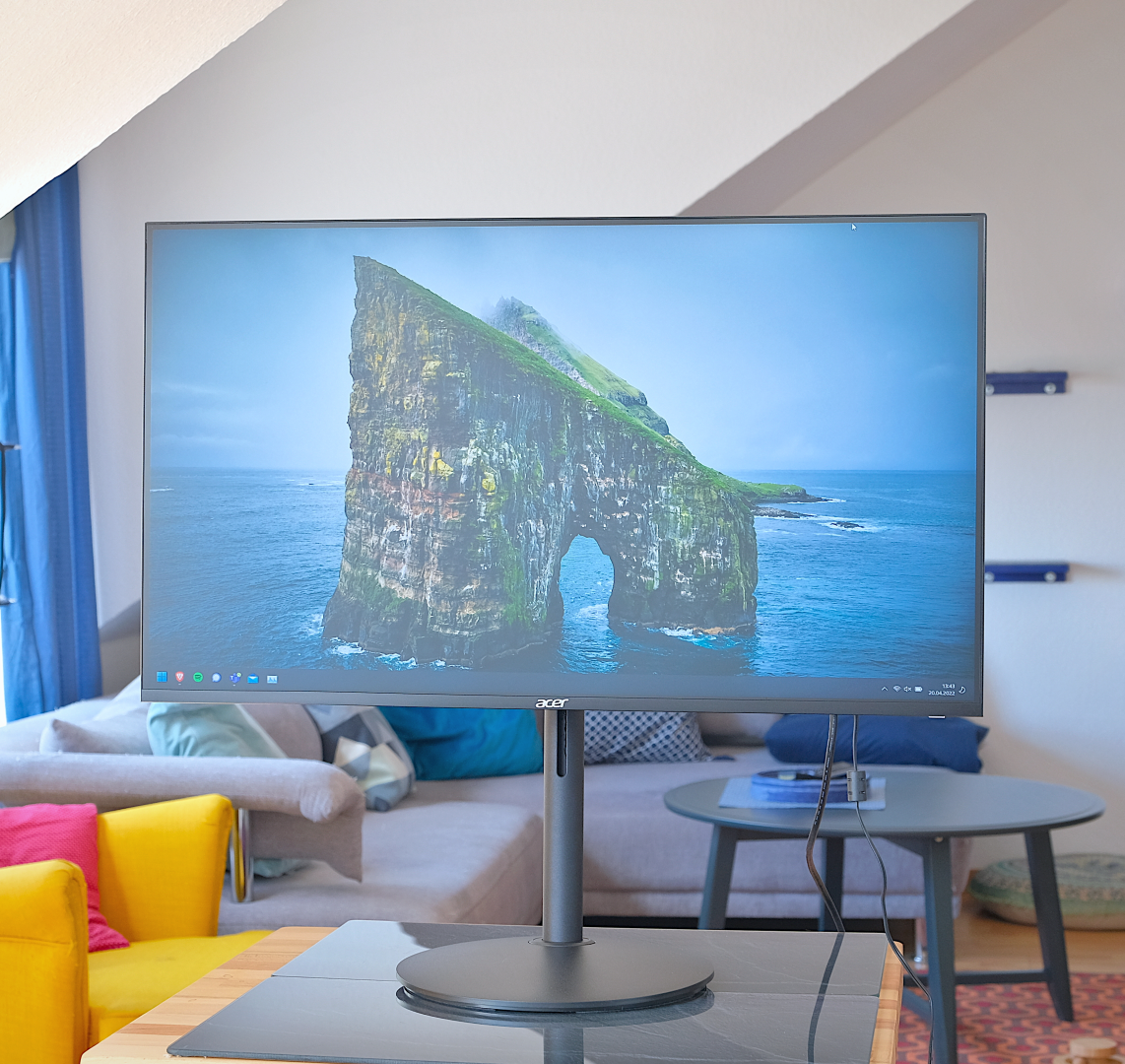 This is where the Acer Nitro RX321QUPbmiiphx comes into play: With 31.5 inches, it offers a lot of space, the display is flat, good and in 16:9 format, has a sufficiently fast 170 Hz and a resolution of 1440p. It can be used wonderfully as a PC monitor, but consoles can also handle it very well. There are also great gaming features such as AMD FreeSync Premium or 1ms response time in an unobtrusive design. Apart from the cryptic name, the monitor makes a good first impression.

By the way, if you search the Internet for the Acer Nitro RX321Q… and don’t find it directly: Acer runs it under the Nitro RX1 series and is the 31.5-inch version there.

The large package contains everything you need to use the monitor right away: the monitor, a VESA stand, a power cable, a DisplayPort and an HDMI cable, as well as the typical paperwork. 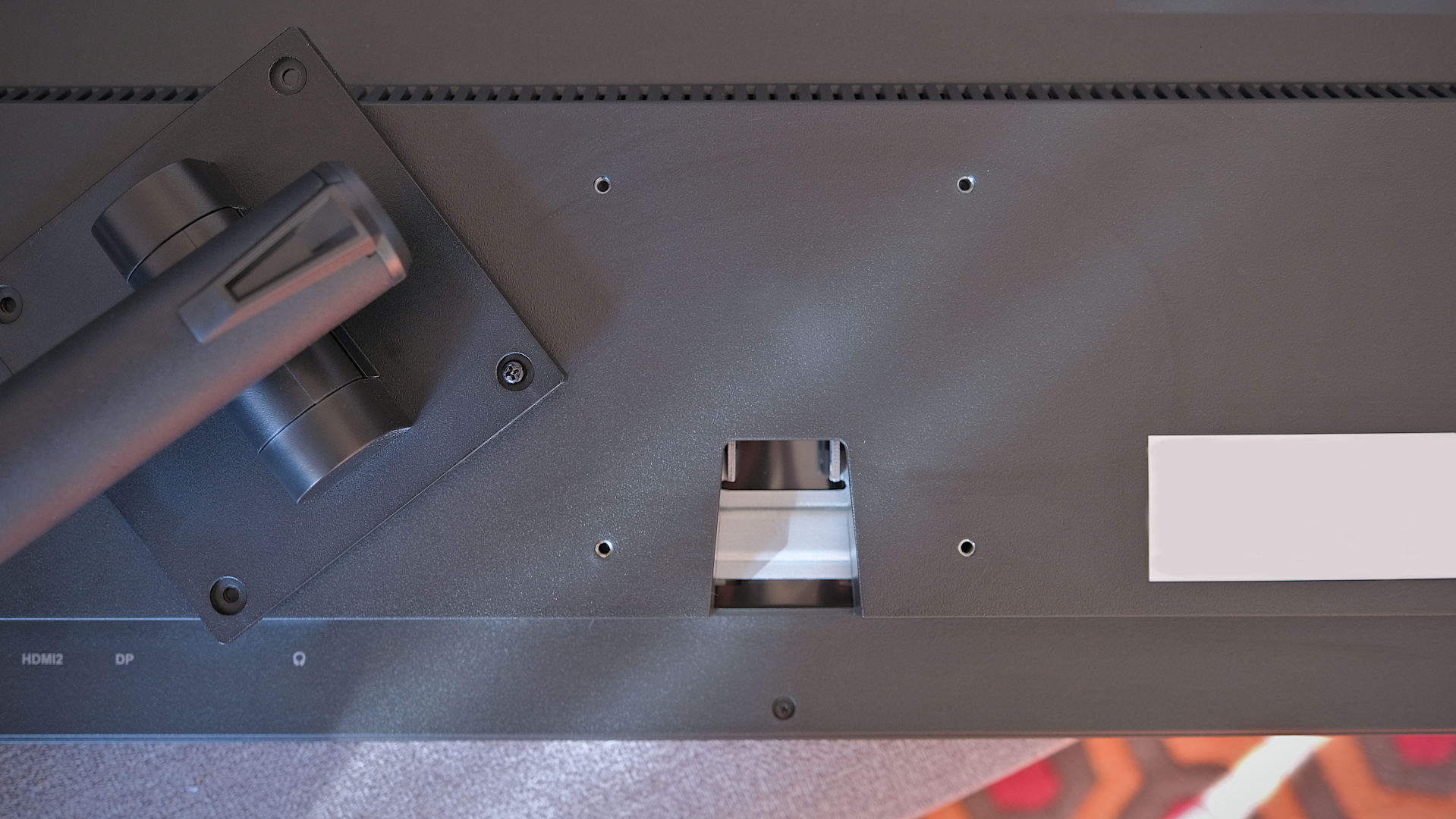 I was a little surprised during assembly, since almost all current monitors have their own lightweight stand mechanism. Acer relies on a stand with the VESA standard and four screws. This is nice to see, as it purges the monitor and many users use a VESA swivel warmer for such a large monitor anyway. Otherwise, assembly was quick and easy.

Little plastic is used in the box, but some Styrofoam is used. That’s not bad. However, other manufacturers show that it is now also possible to be more environmentally friendly. Acer offers a 2-year mail-in/return service on the device. You can read more about it on the official website.

The design is pleasingly minimalistic and quickly explained: The panel is surrounded by narrow edges, only the slightly thicker chin with “acer” lettering stands out. As a result, the actually large 31.5-inches appear quite compact. 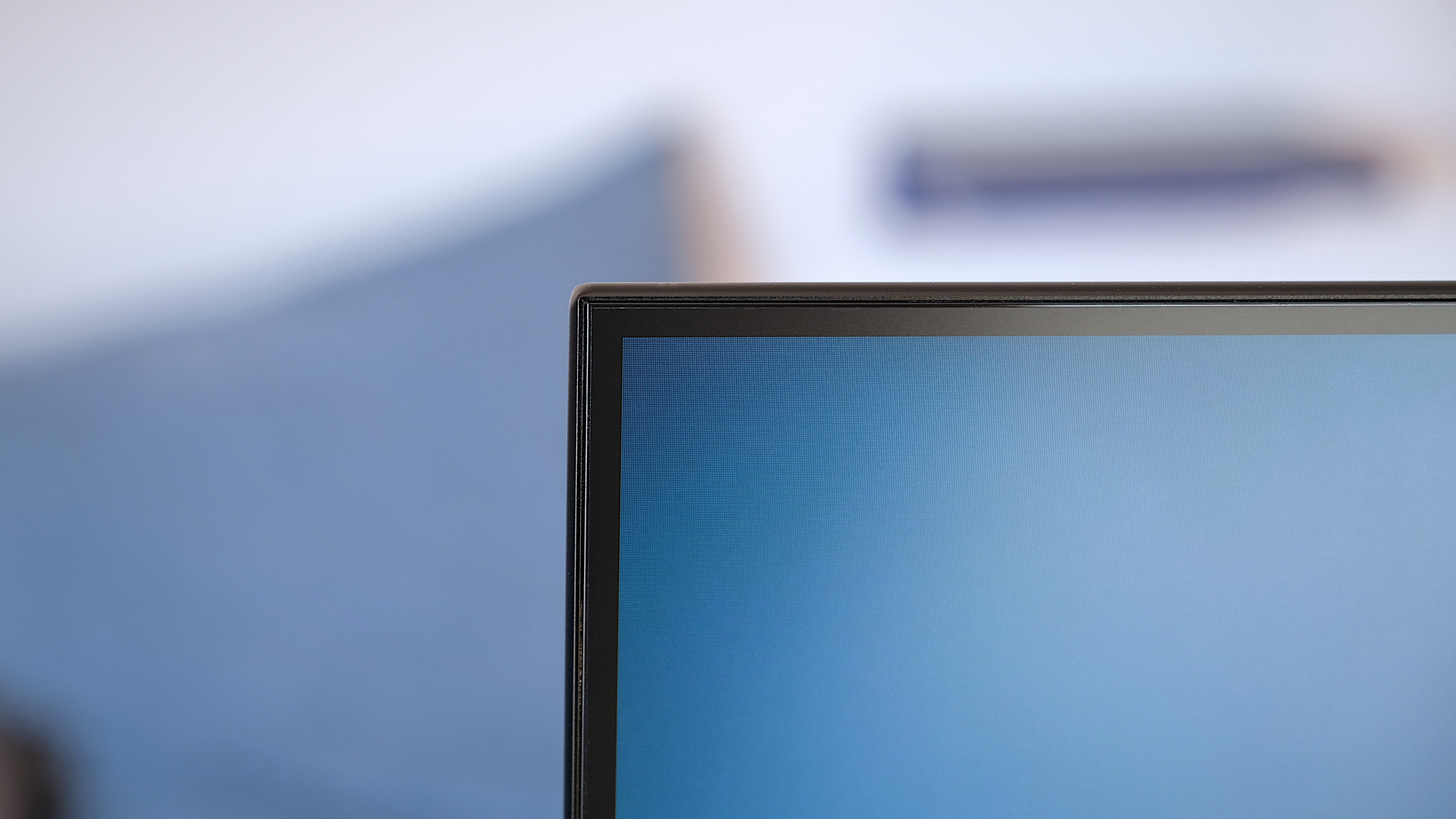 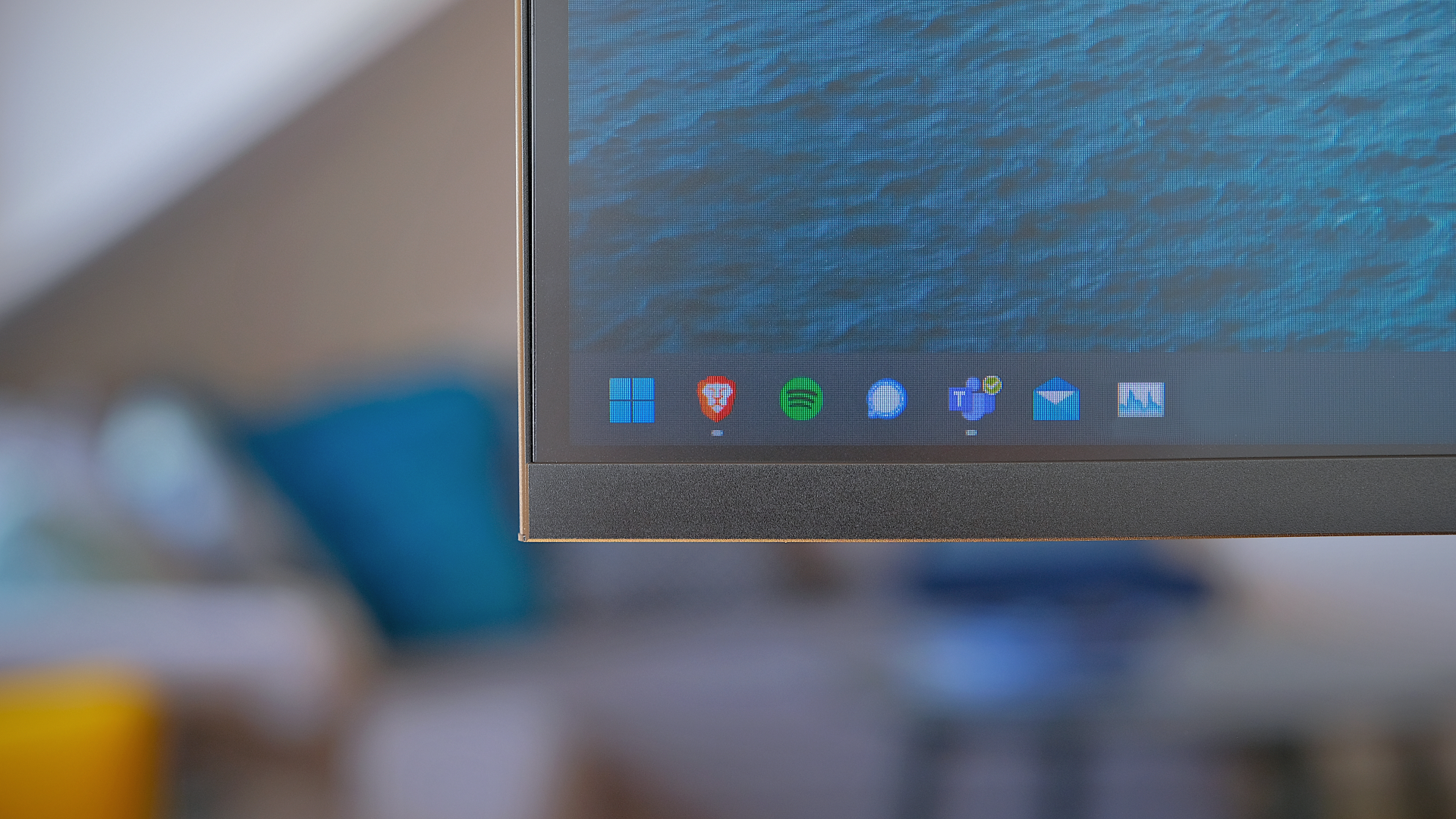 HTC is back: This mobile phone is supposed to turn the tide

On the back there is a large “acer” lettering and a thicker area where most of the technology is installed. There are ventilation slots above it. On the far right on the back is a small joystick for controlling the monitor. On the bottom right is a small LED to indicate whether the monitor is on. 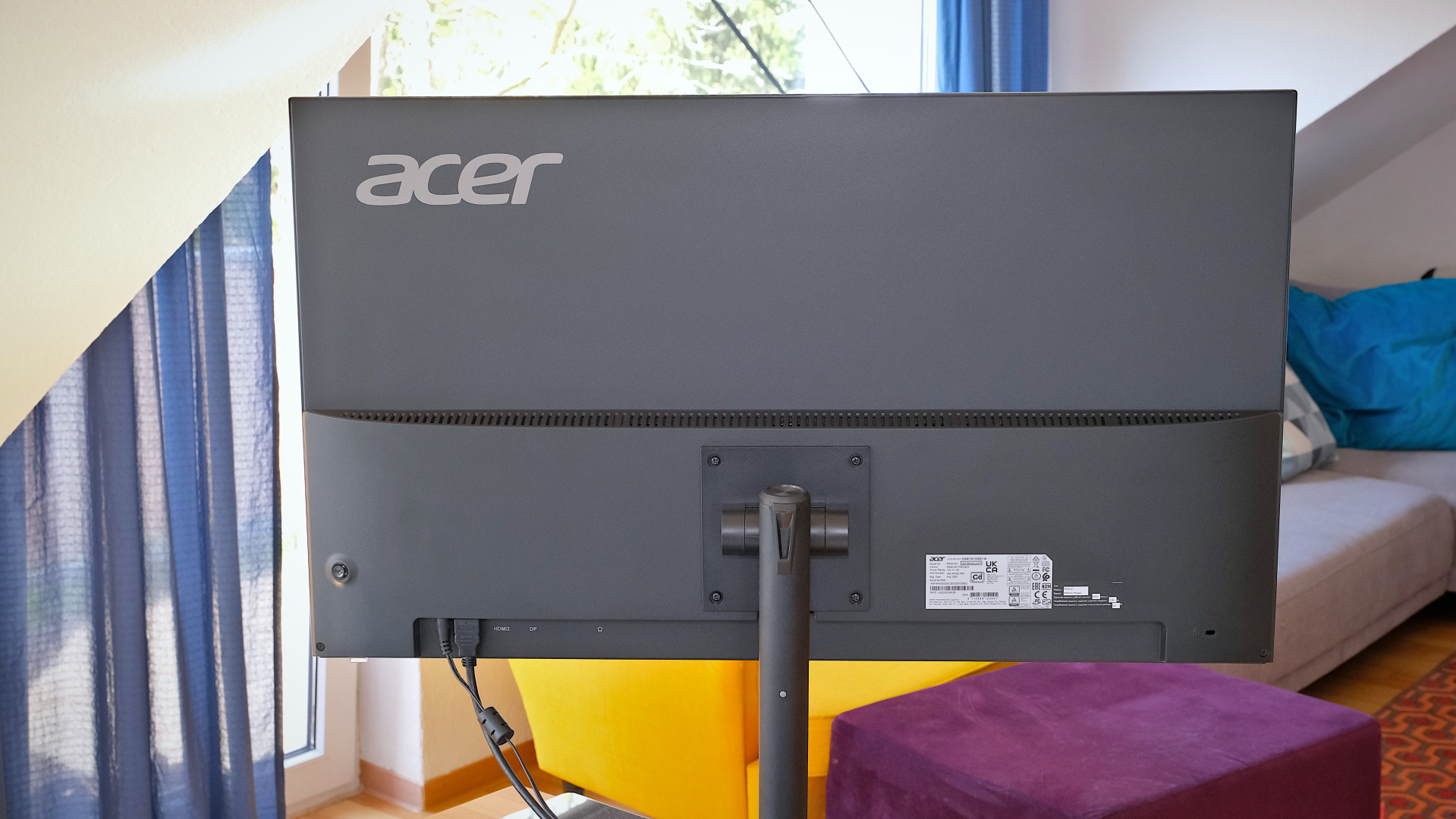 The entire monitor is made of matte black plastic with metal elements. The neck of the stand, the side frames of the display and some other elements are made of robust metal. Because of the paintwork, however, everything looks uniform. Since there are no obtrusive color or RGB elements, the gaming monitor blends into pretty much any environment. 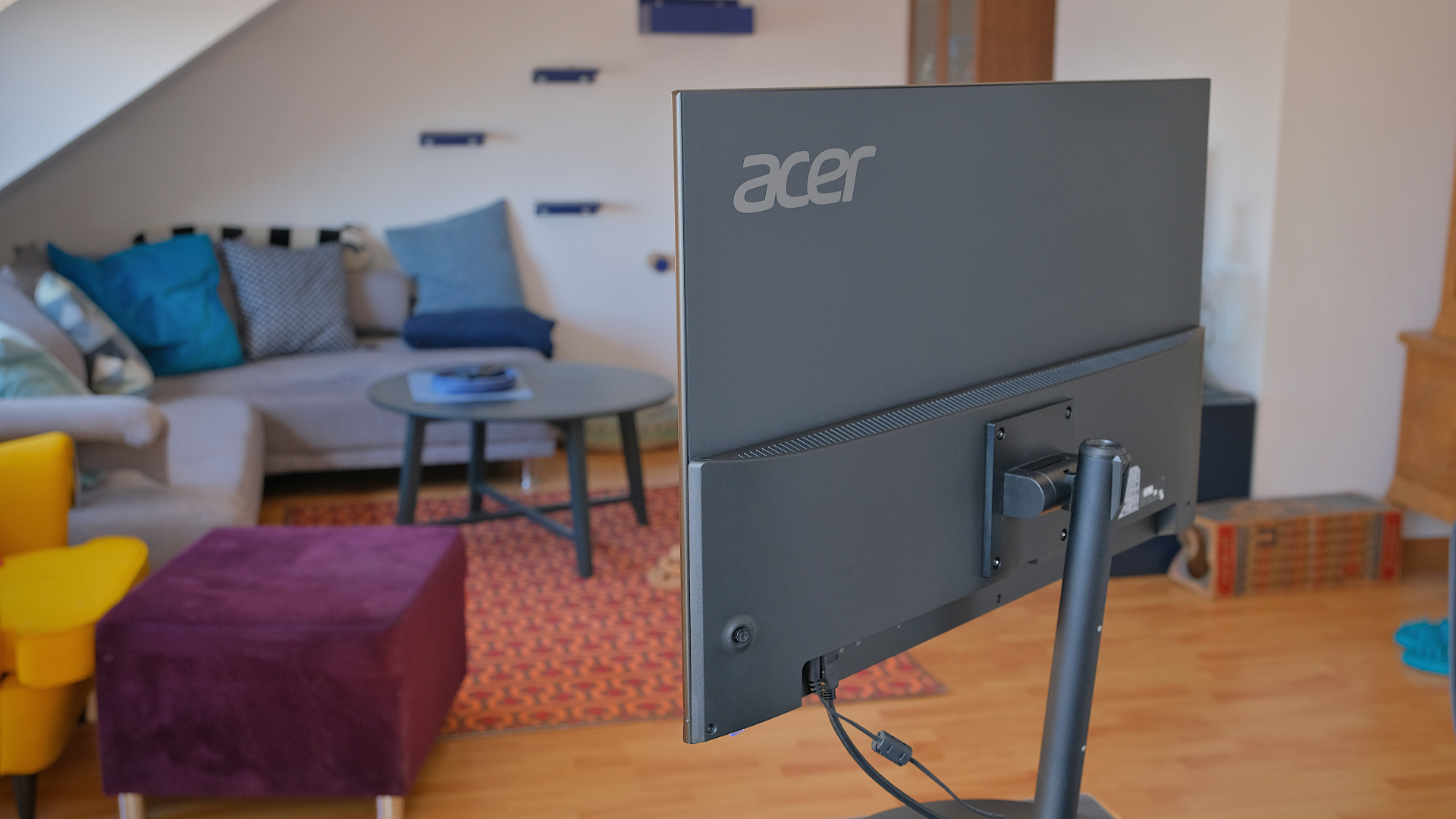 The weighted base does a good job. Even during heated gaming sessions, the screen on my table hardly wobbles. The monitor can be adjusted in height by 15 cm, can be tilted from -5 to +35 degrees and can be swiveled through 180 degrees. This is more than sufficient for most situations at a work desk. If you want more freedom, you can mount a VESA arm. 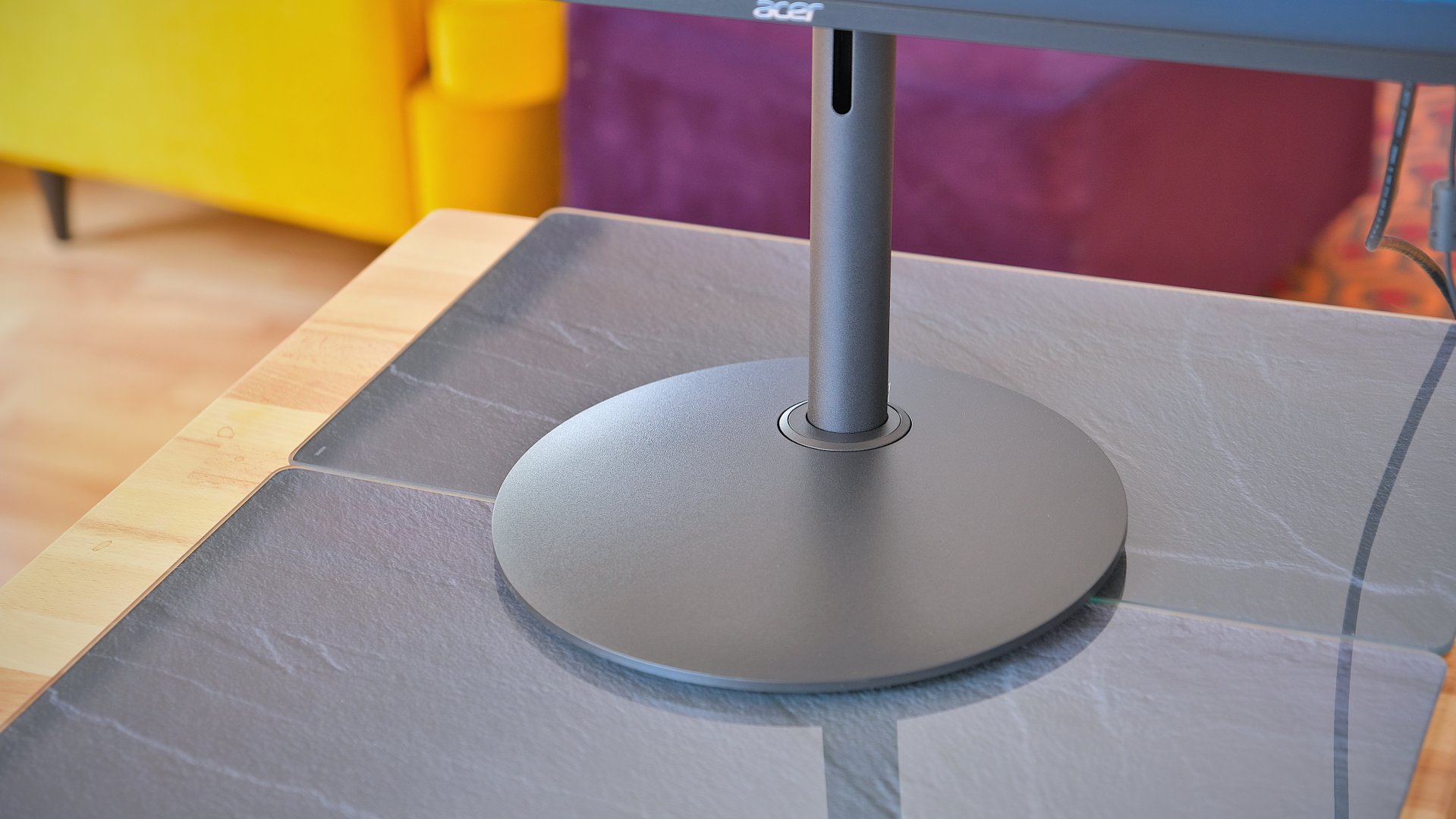 There is nothing wrong with the workmanship: the monitor is solidly manufactured, appears robust, nothing creaks and there are no sharp edges.

The only gripe is the lack of cable management that many gaming monitors offer. But that’s only a small point of criticism, which you can also get a grip on with cable ties.

The Acer Nitro RX321QUPbmiiphx offers all the necessary connections: There are two HDMI 2.0, one DisplayPort 1.4, a slot for a Kensington lock, as well as a 3.5mm jack and a power connection. There is no USB hub like other gaming monitors offer. But it is hardly missing in everyday life and would only inflate the slim monitor further. 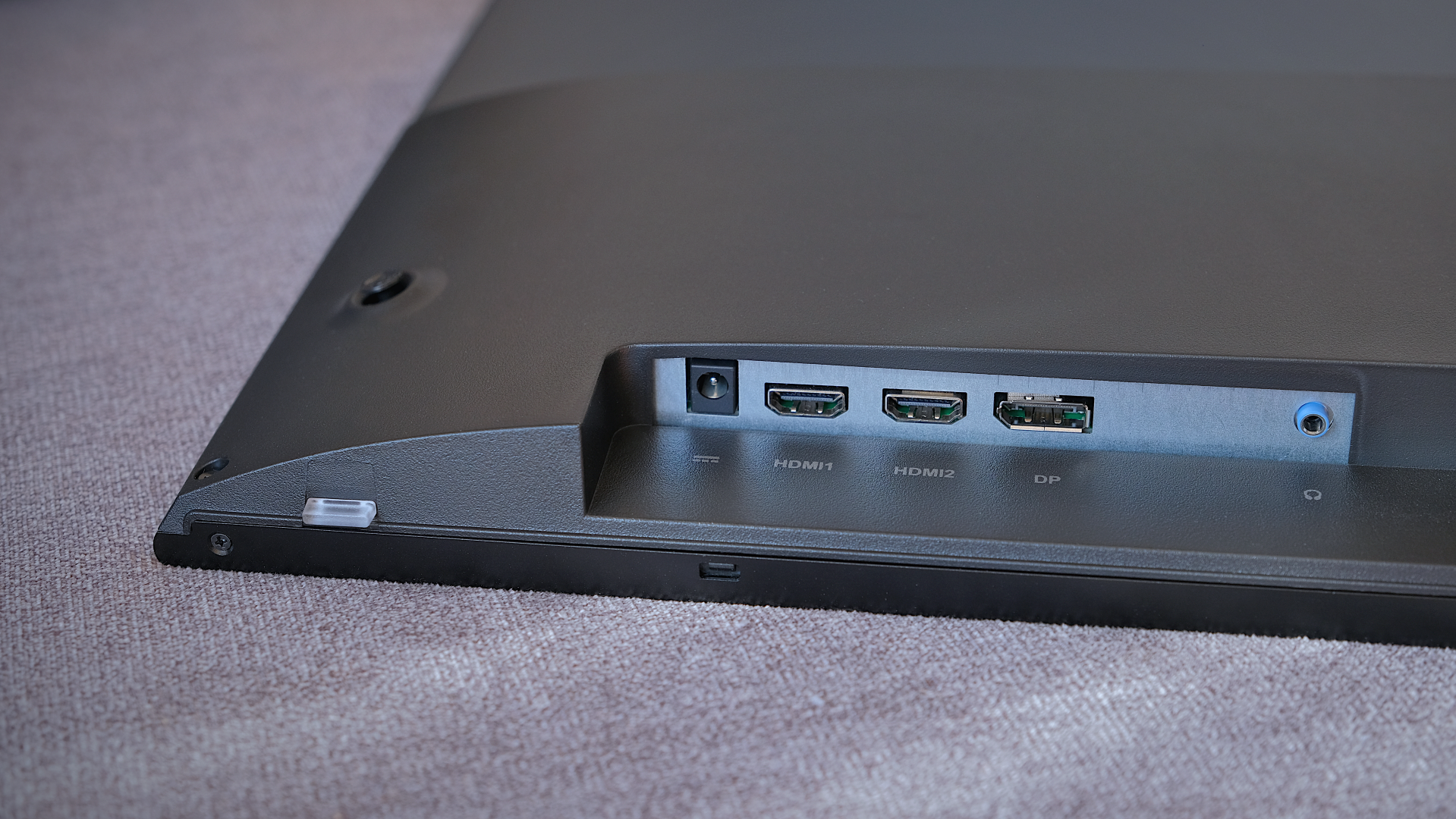 No matter how good the design or the workmanship is, it all depends on the panel. It is the heart of the monitor: According to the data sheet, the 31.5-inch IPS display offers a response time of 1ms (GtG), a maximum brightness of 400 nits, 8-bit color depth and a color space coverage of 99 percent sRGB. The display refresh rate goes up to 165Hz and can be overclocked to 170Hz. The static contrast is 1,000:1. 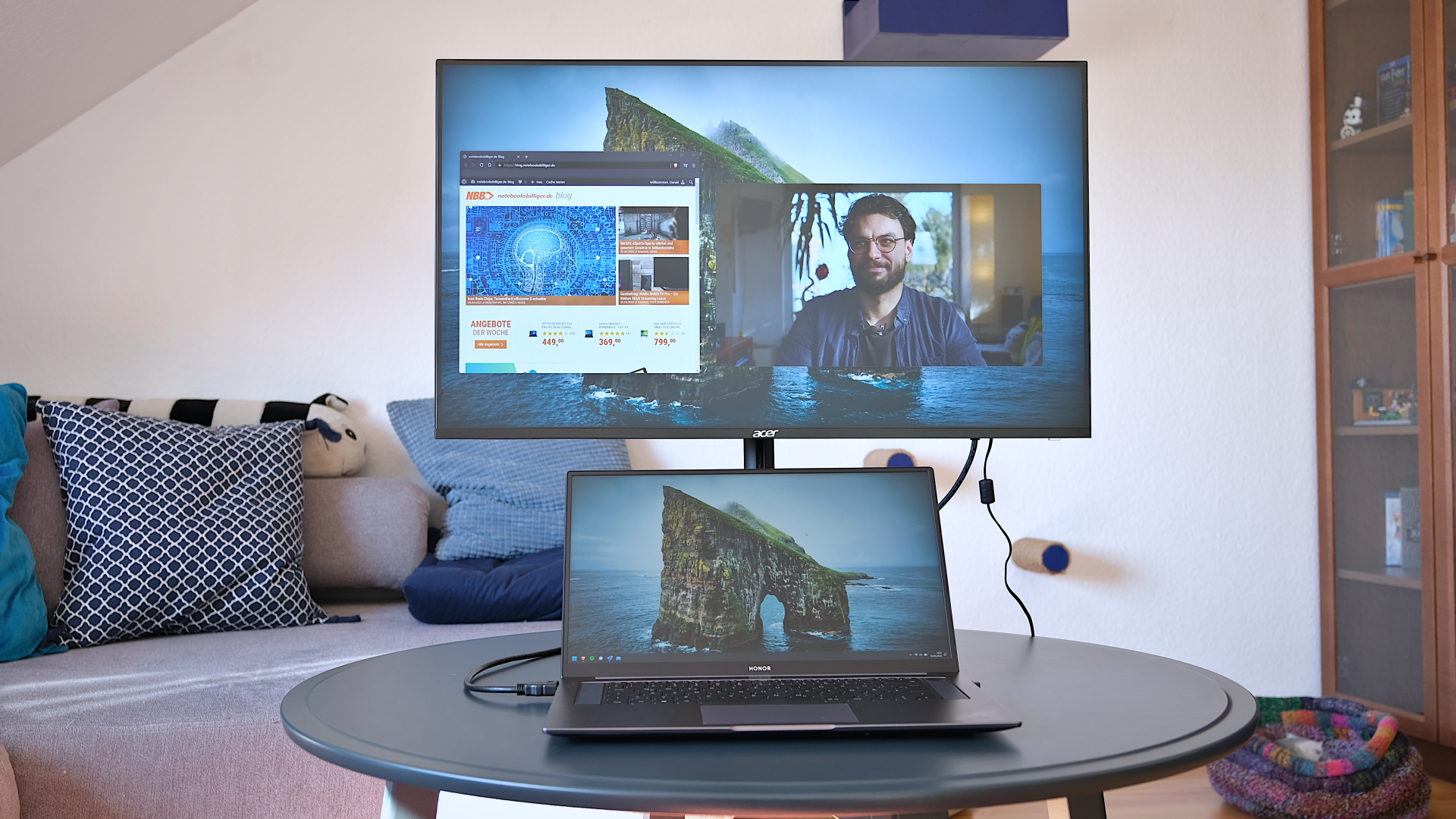 First I would like to give you my personal experience and then I will go into the results of my Spyder5 measurement.

This review was recorded on the Acer Nitro RX321QUPbmiiphx, watched several series and played a little. The picture is sharp and the colors are presented properly. Since I used a notebook and an Xbox Series S for testing, I was limited to 144Hz. 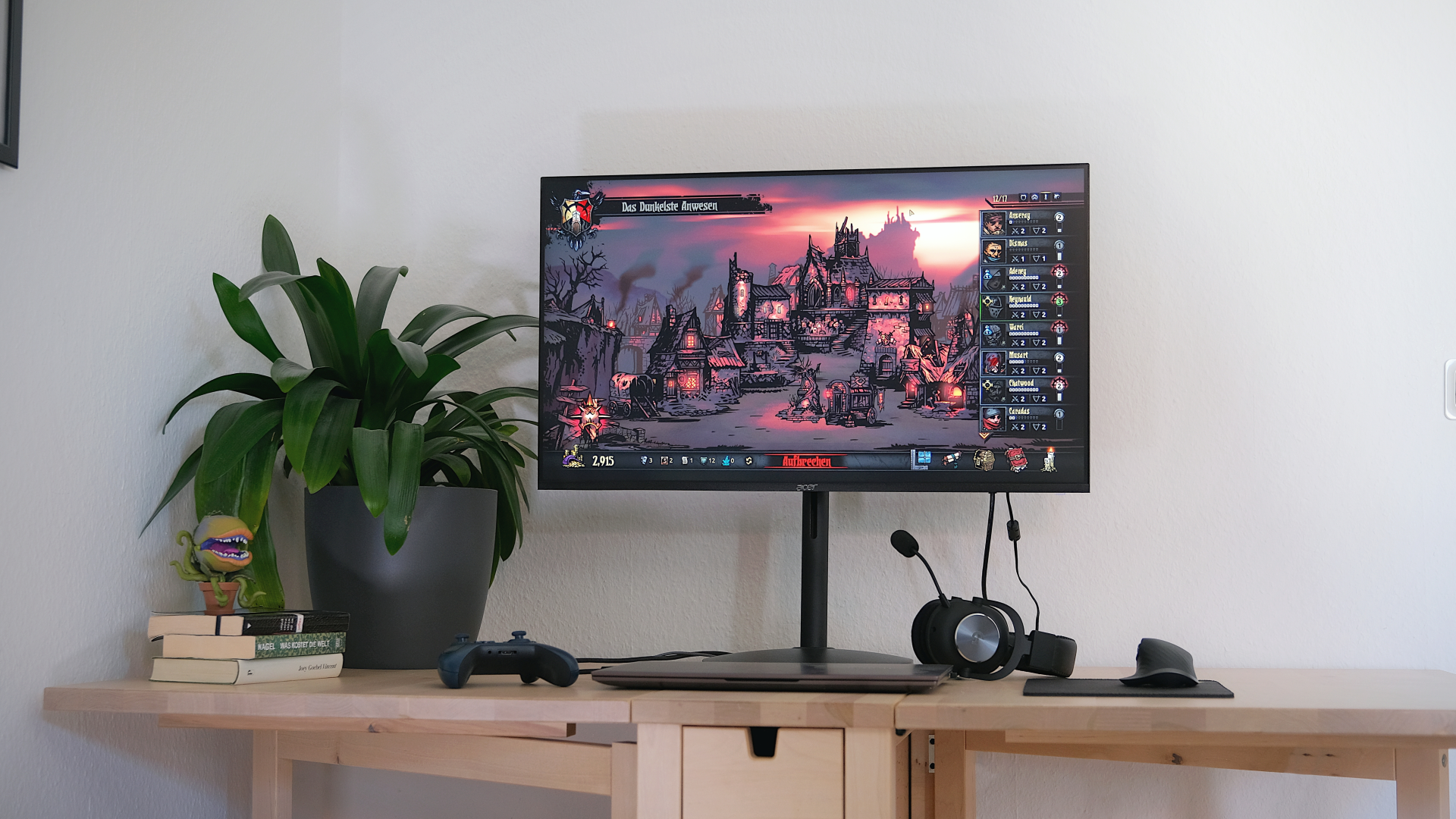 Nevertheless, this is already easily enough to make everything look wonderfully fluid. Even with dark backgrounds or film scenes, I didn’t see any screen bleeding. Purely from personal experience, the Acer Nitro RX321QUPbmiiphx has done well.
Spyder measurement results

The Acer Nitro RX321QUPbmiiphx is operated via a small joystick on the right rear. There are no other buttons. This also turns the monitor on and off. Operation is intuitive and simple. 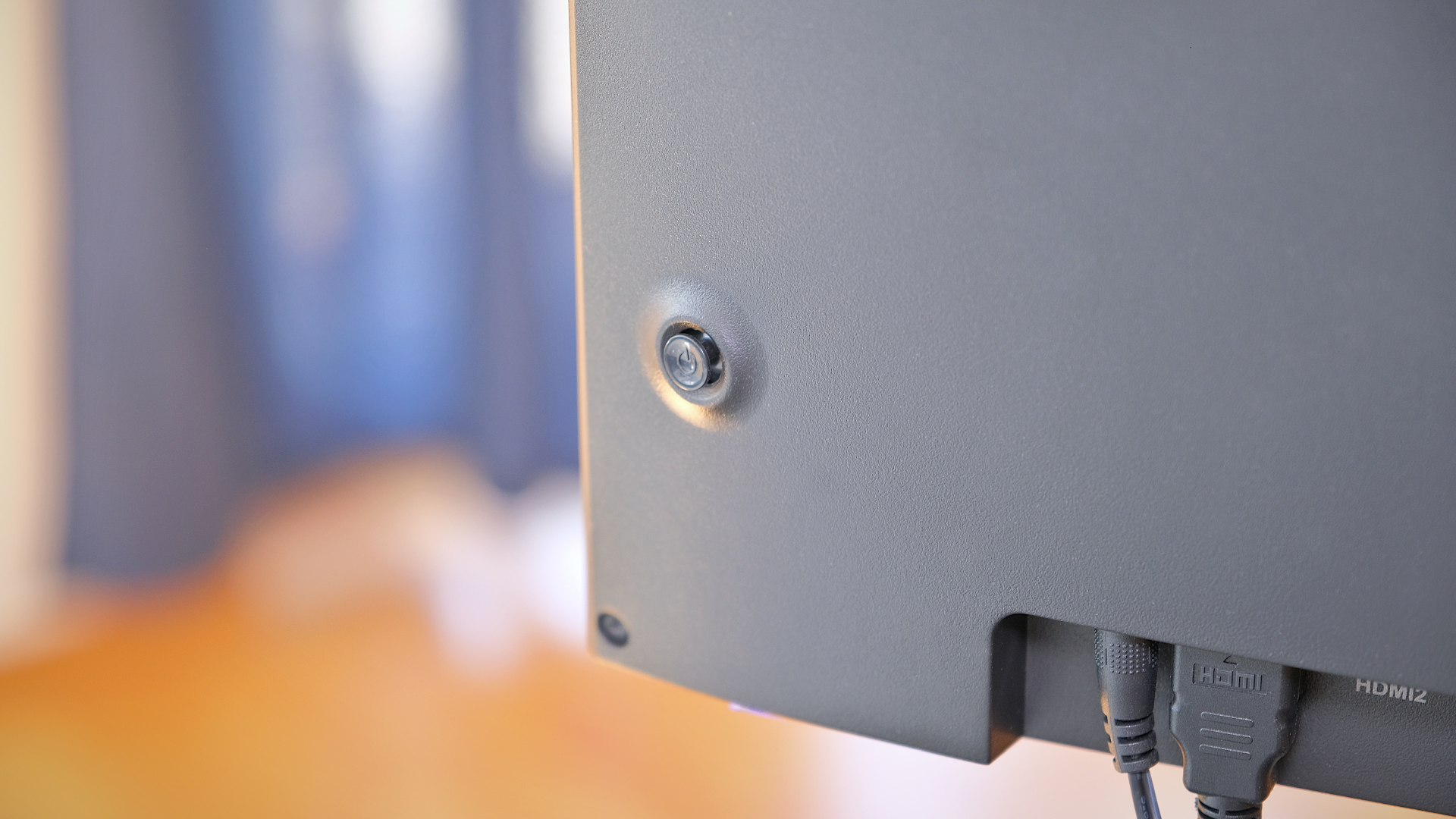 Pressing the joystick opens a small menu with the most important quick settings. There you get to the large menu (OSD), can select one of the ready-made modes, adjust the brightness and change the input. 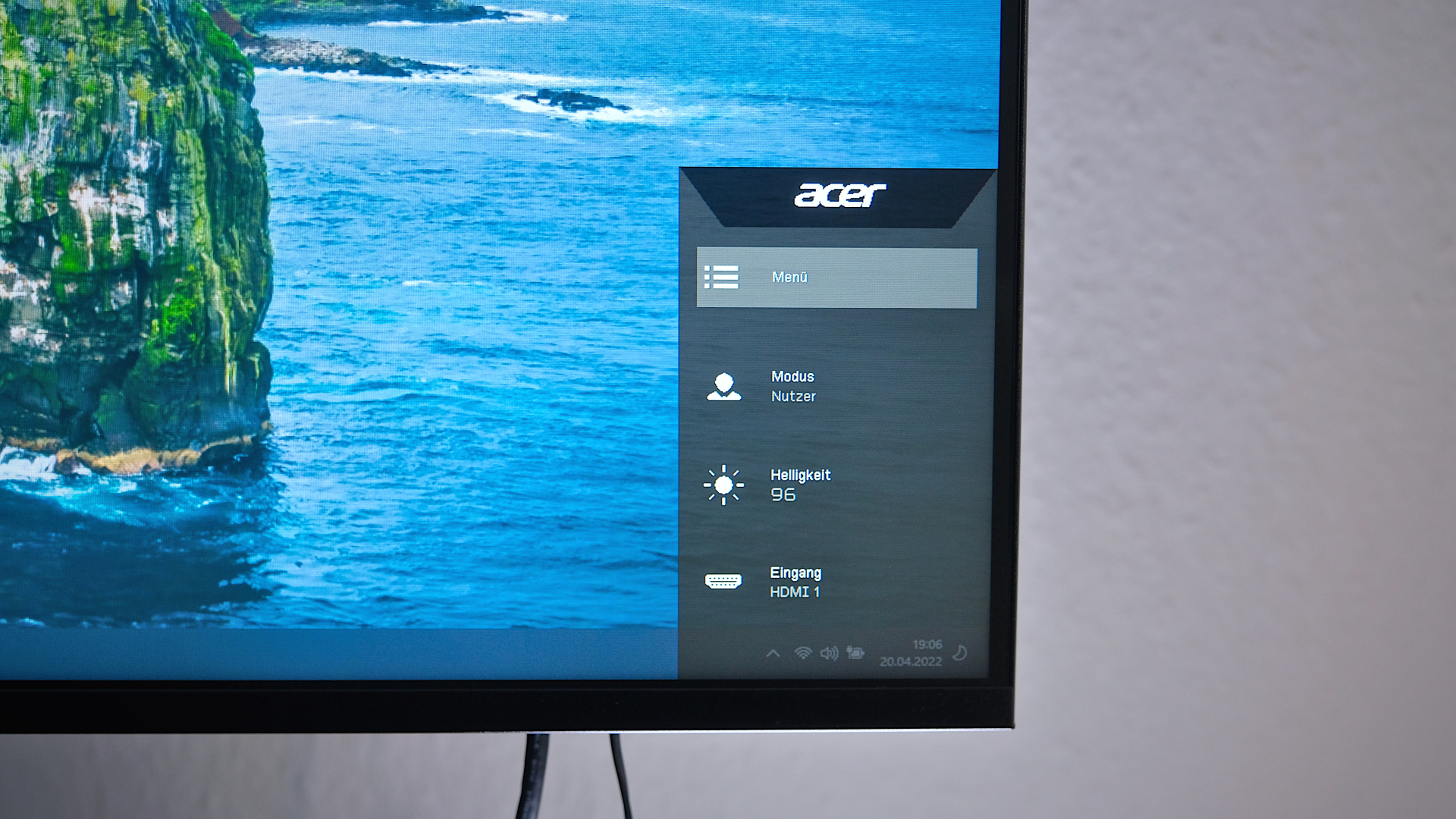 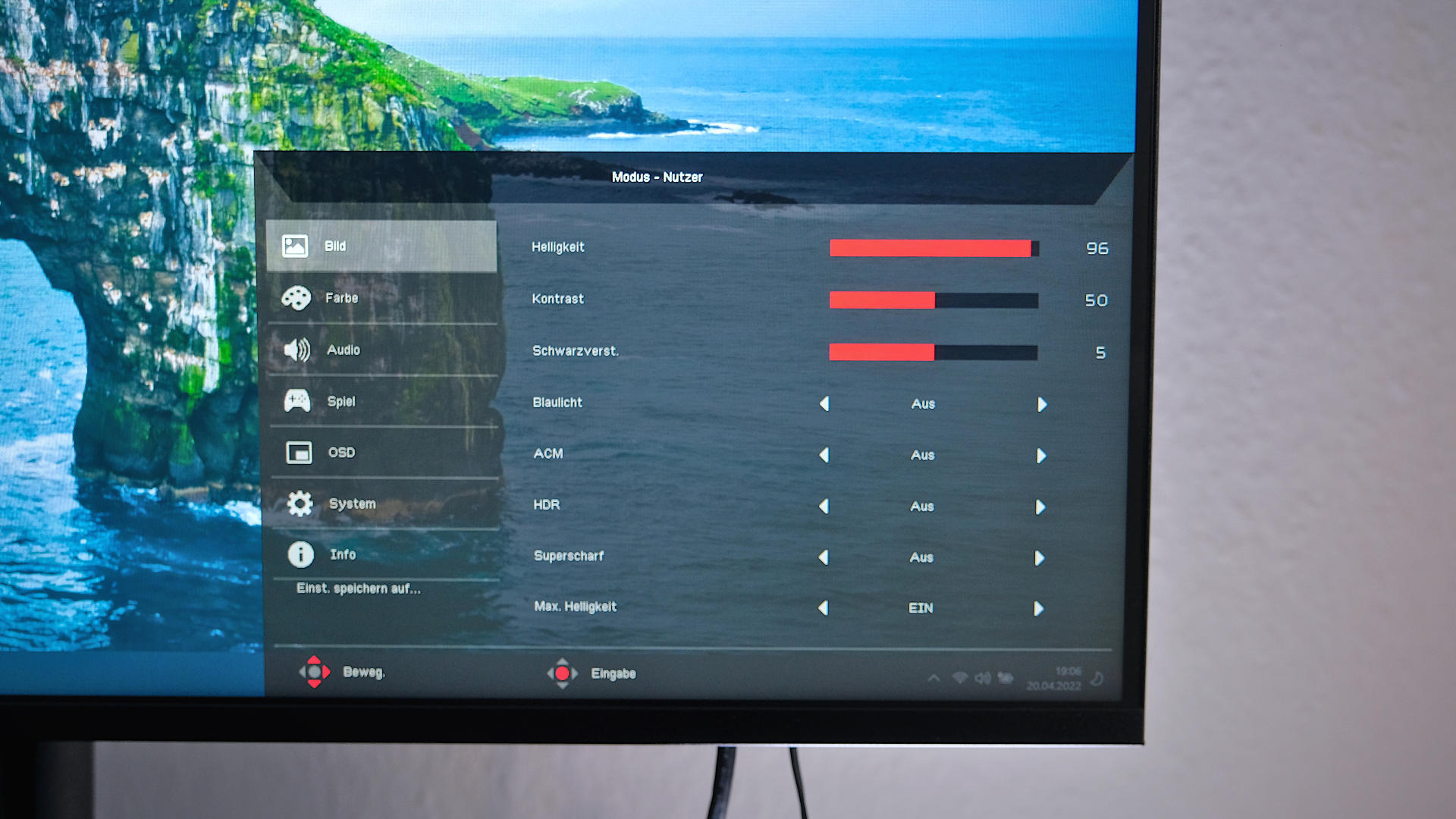 The large settings menu looks clear and tidy. It consists of the following tabs and submenus:

The settings menu is delicate and offers many customization options. Although the many settings may put you off a bit, it is worth dealing with. In this way, the monitor can be strongly adapted to your own needs. A little tip: The “Black Boost” function brightens black/dark areas, good for competitive games.

Personally, I chose the standard profile and then set the following: Brightness to “96”, max. brightness “On”, black gain. “5”, gamma “2.2” and color temperature on “Normal”. AMD FreeSync Premium was activated at all times, on the PC but also on the console. This enabled me to achieve an image quality that I liked best in everyday life.

There are two loudspeakers on the back of the monitor, which Acer specifies with 3 watts of power. They are recognized by Windows as stereo speakers and offer some customization options. 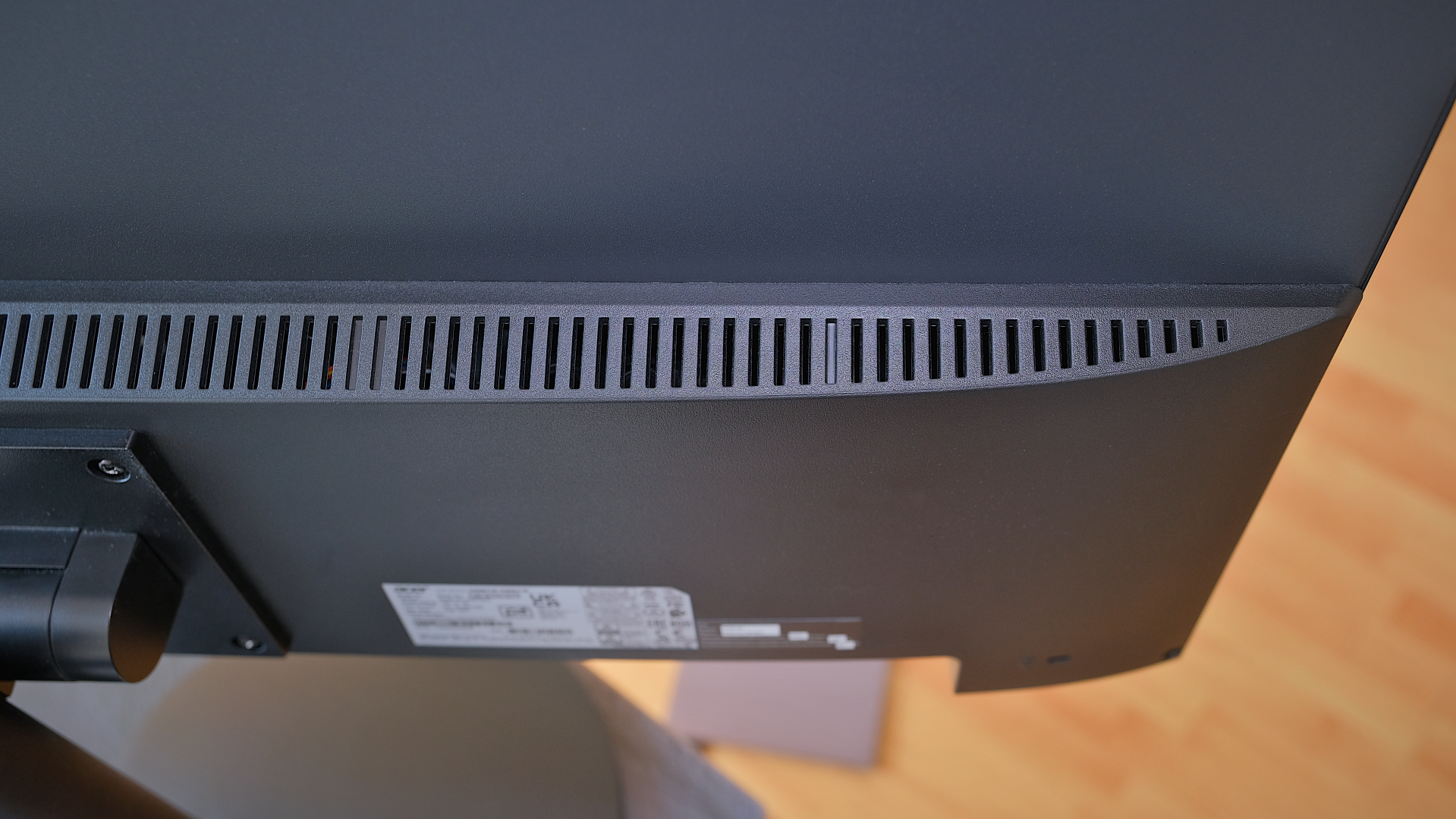 The speakers sound like mediocre notebook speakers and have similar sound characteristics: Voices and classical music are reproduced well, the mids are recognizable but are overshadowed by the highs, and there is hardly any bass. From a volume of about 70 percent, they tend to sound tinny and overdrive. The speakers are sufficient for quiet songs, podcasts, series with lots of conversations, etc. However, if you listen to heavy bass metal or play action-packed shooters with lots of explosions, this is not the place for you.

Unfortunately, the speakers are the weakest part of the monitor. Of course, headphones or external speakers can also be connected via the built-in 3.5mm jack.

I spent almost two weeks with the Acer Nitro RX321QUPbmiiphx. With that I wrote this review, surfed, watched series and spent a lot of time in Darkest Dungeon. I also briefly hooked up my Xbox Series S and played Cyberpunk 2077 for a bit. So I tried it out in various categories. 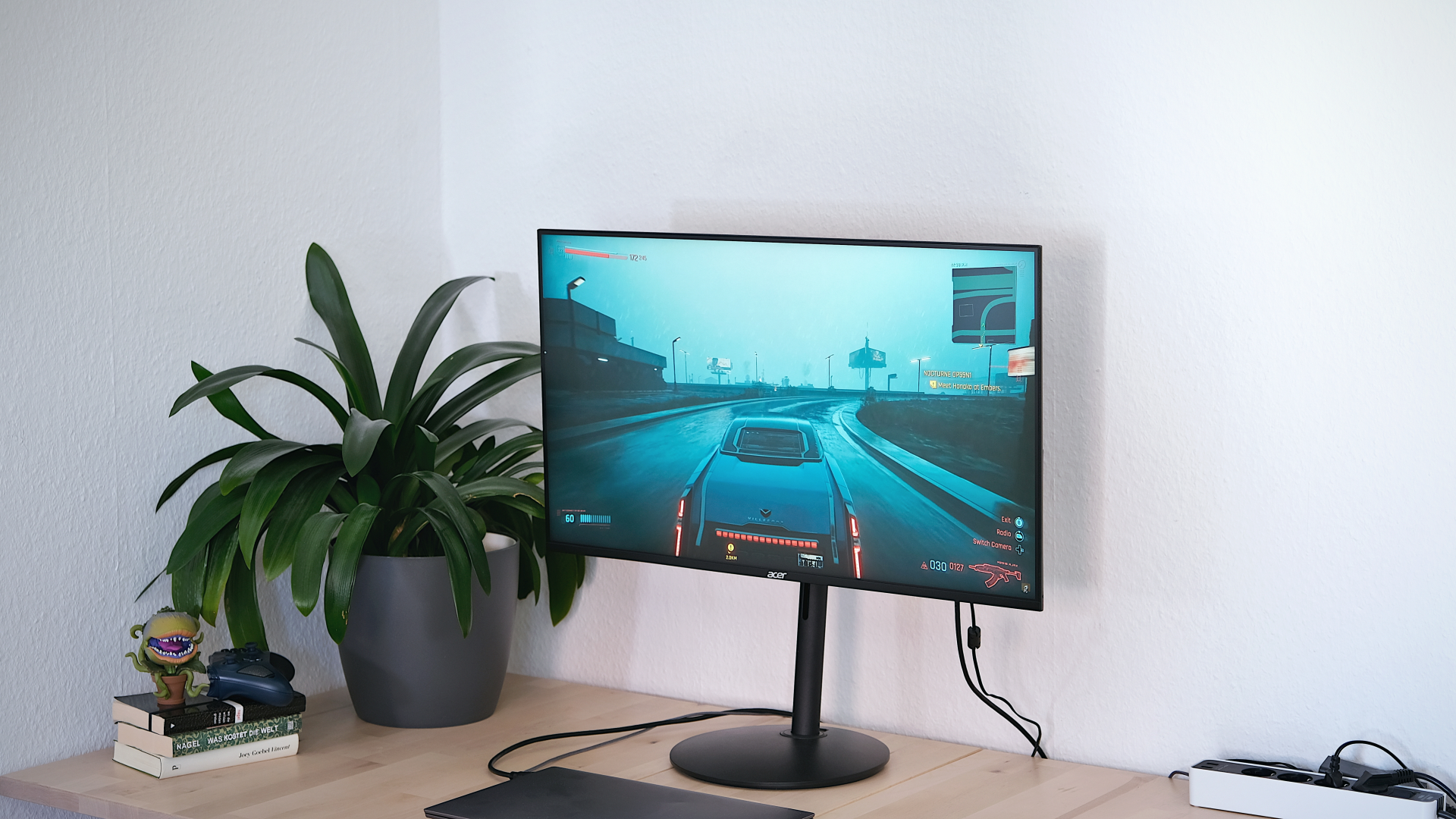 It makes no mistakes, offers decent color reproduction and many gaming functions. It doesn’t look like a typical gaming monitor: no annoying RGB, no bloated design and, above all, no red accent elements. The Acer Nitro RX321QUPbmiiphx is a slim, minimalist monitor for gaming. Its 16:9 format makes it suitable for the PC, but also for consoles. These can’t do anything with all the great gaming widescreen monitors.

The monitor hits a nerve for me: A chic monitor at my workplace can be used for working, PC gaming and for my consoles. Without any significant disadvantages in any of the disciplines. Only the speakers could be better, but they are sufficient for most things. For all other cases, there is a jack for headsets and external speakers. 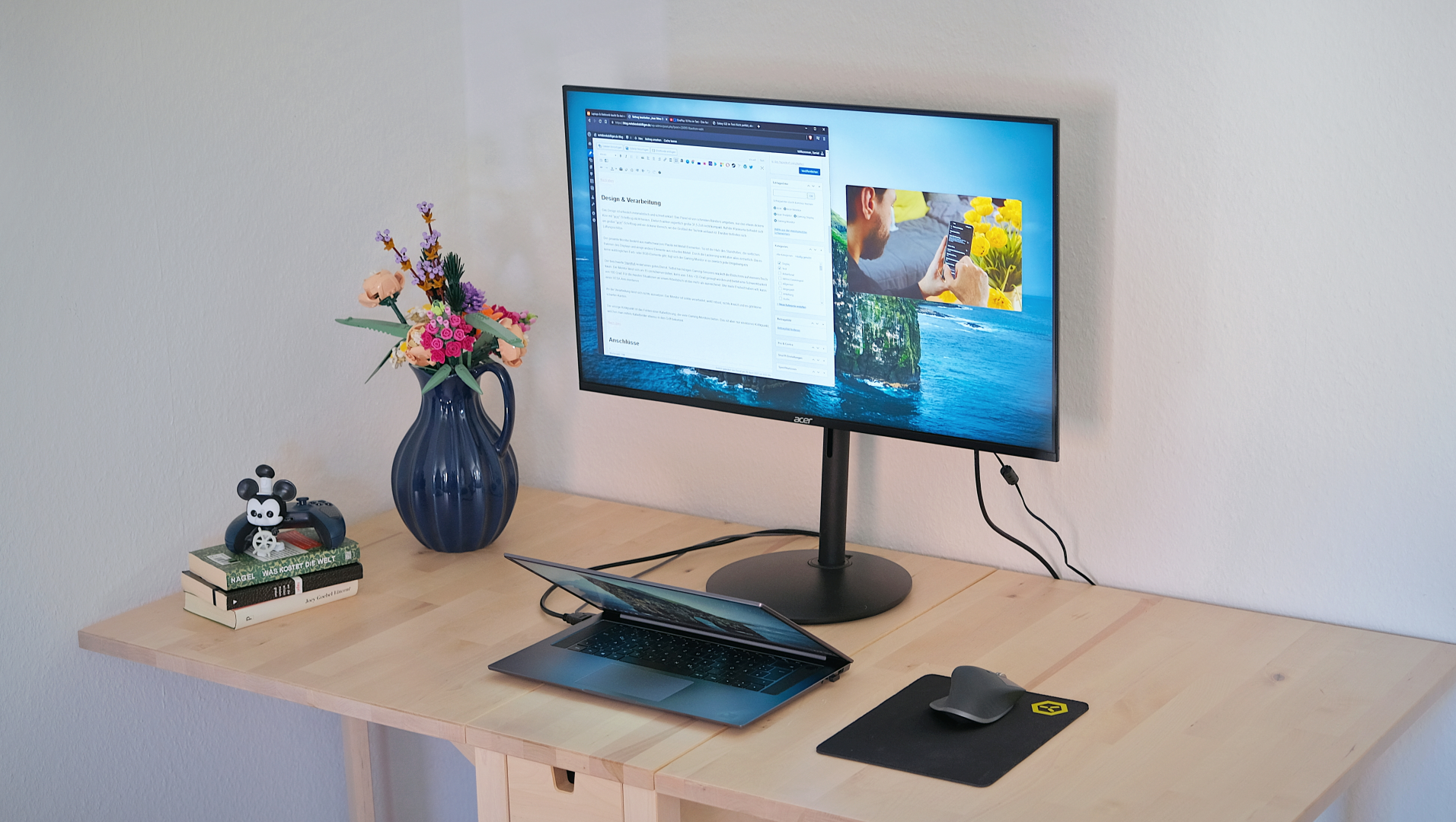 The Acer Nitro RX321QUPbmiiphx officially costs €399*, but you can occasionally find around €350 in some promotions. If you don’t necessarily need 31.5 inches, you can also use one of the smaller versions and save some money.