New camera, smaller notch, larger battery – with the iPhone 13 mini, Apple has consistently eliminated all the weaknesses of the direct predecessor. All but one.

On paper, the update for all iPhone 13 models is very small. However, (almost) all criticisms of the predecessors are addressed directly. The iPhone 13 mini in particular makes it the perfect device for lovers of small and powerful smartphones.

Actually, the changes to the iPhone 13 mini deserved an “s” suffix rather than a whole jump in numbers. But those years are probably over and so the technical values ​​are very similar to those of the direct predecessor in many respects. Flat edges, a flat display and first-class workmanship – the iPhone 13 mini has no visual weaknesses. Nothing rattles or creaks and the keys have a very good pressure point. It’s an iPhone and buyers have certain claims to it. Apple does full justice to them here. 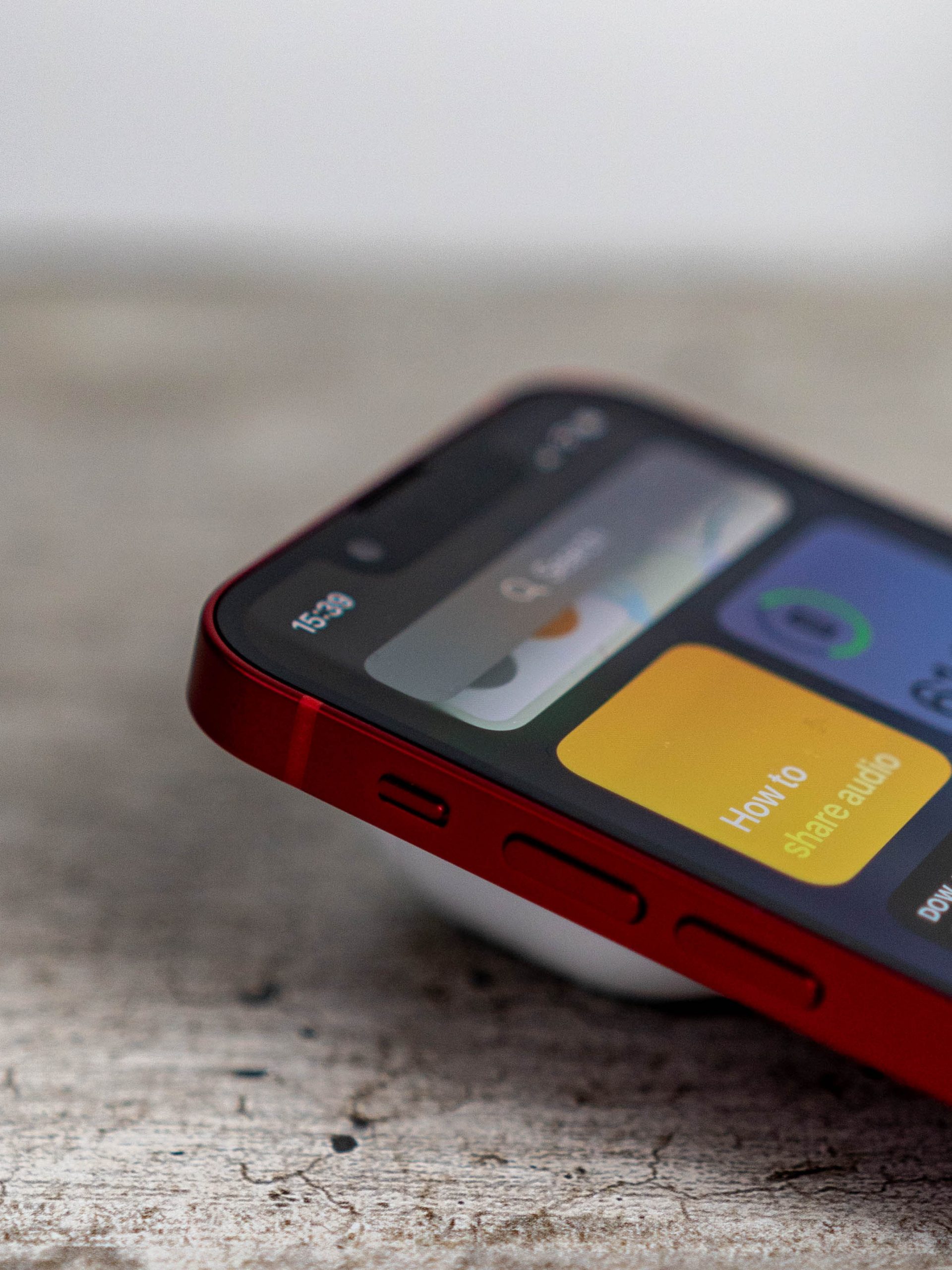 Beyond that, there’s a slightly smaller notch this year. Apple achieves this by rearranging the elements of the notch (IR sensor, speaker, selfie camera, etc.) to create more display space on the left and right. Unfortunately, this space is not used. The amount of information presented is still the same. To be honest, the notch hasn’t bothered me on any iPhone since the introduction of the 10. Face ID is just too convenient for that and is so deeply integrated into the ecosystem that I don’t want to do without it. 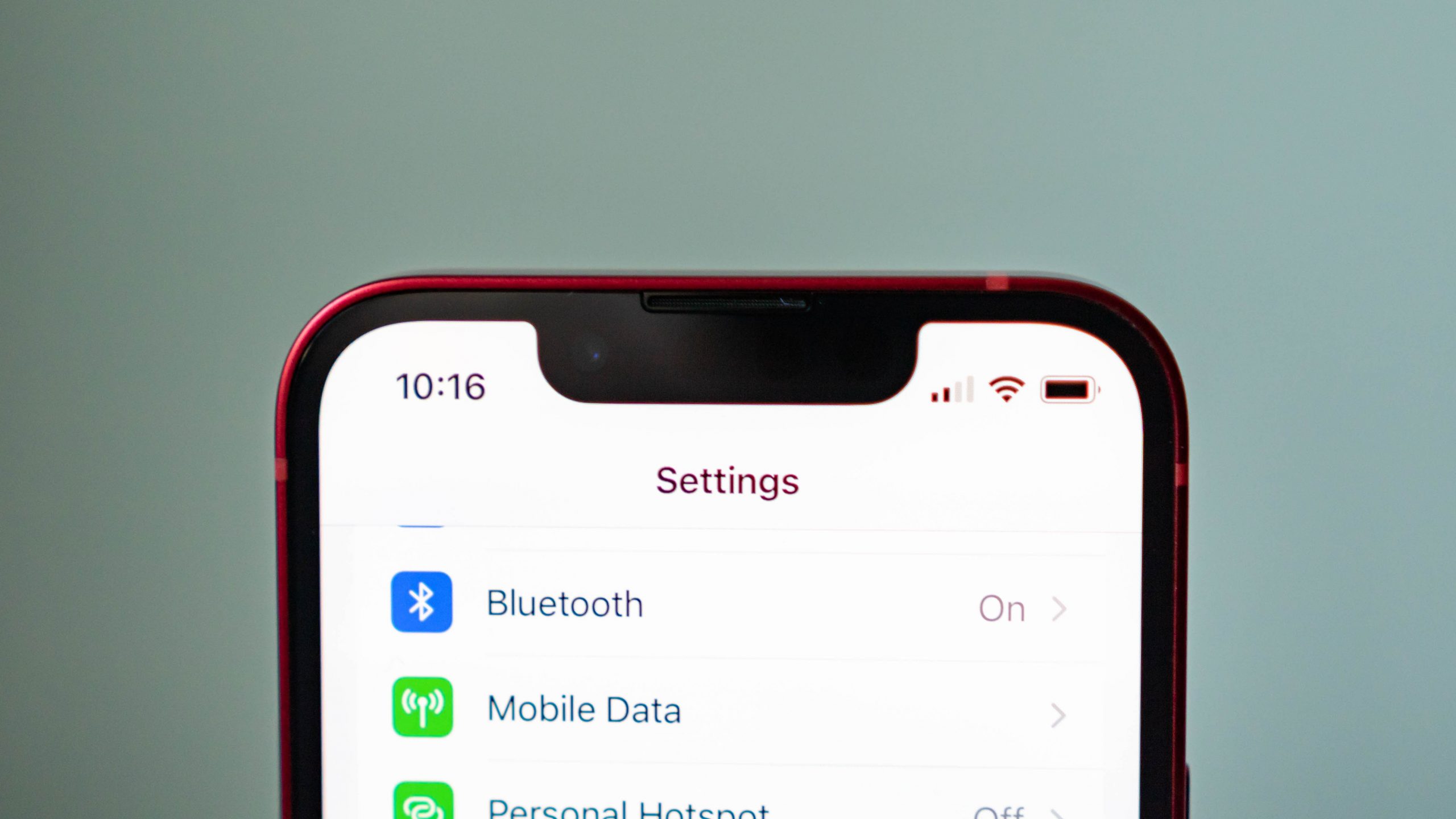 The camera arrangement on the back is also new. In the predecessor, the main and ultra-wide-angle cameras were still arranged one below the other. Due to the new camera sensor, there is no longer enough space and so they are now placed diagonally. The camera hump itself has also become a bit higher. As a result, the iPhone 13 mini “rocks” a little more when it is lying flat on the table and you are texting her.

MagSafe is still included with the iPhone 13 mini, allowing you to magnetically connect your accessories to the back. The amount of accessories has grown a bit since launch, but they’re still basically the same categories – cases, mounts, extra batteries, and the wallet. 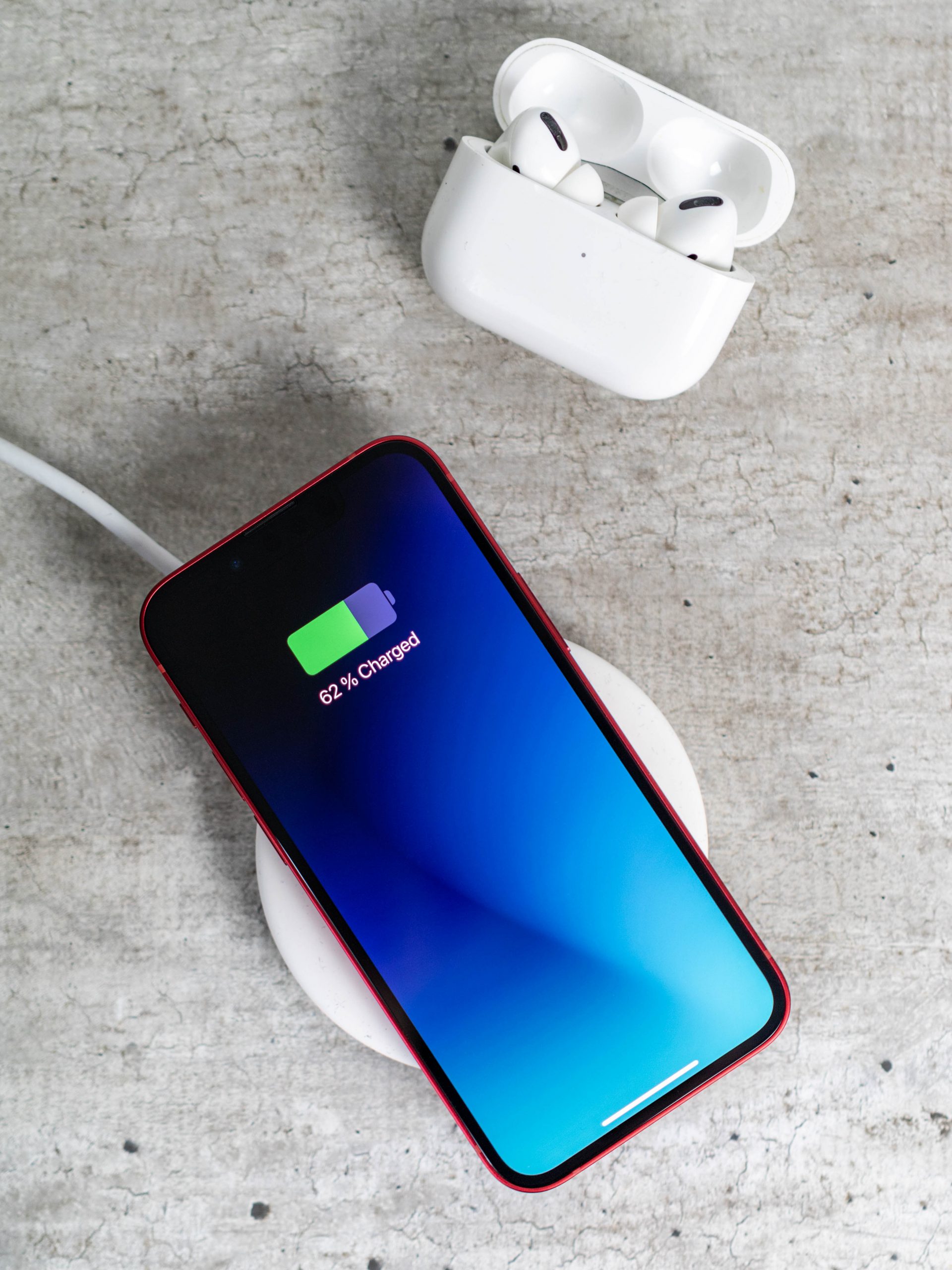 More beautiful than the iPhone 13 Pro: This Android phone wants to make it

When it comes to wireless charging, nothing has changed either. It is still a maximum of 15 watts and the iPhone 13 mini is still only 12.5 watts. So Apple continues to prioritize battery longevity over fast charging. Given the history of throttled SoCs for more battery life, that might be better.

Apple was also a bit “lazy” when it came to colors this year. In the year that iMac got its color back, my favorite iPhone color was Product Red. I really liked that about the iPhone SE (2020). The iPhone 13 mini, on the other hand, is darker, less trendy and a bit more boring. If anyone is looking for the definition of a “first world problem” – this is it.

This also brings us to the point where the iPhone 13 mini has inherited a weakness from its predecessor – the display is still only 60 Hz. The faster 120 Hz ProMotion display is reserved for the Pro series. It’s annoying since even so many mid-range Android smartphones today already offer 90 Hz.

The reason why there was only a ProMotion display on the iPhone 13 Pro (Max) this year is the display technology. Instead of using simple OLEDs from Samsung, which then buy the high frame rate through higher battery consumption, Apple has opted for an LTPO display.

Users know them from the Apple Watch or expensive Android smartphones. LTPO displays don’t jump from 60 to 120 Hz and then hold it, they adjust their current frame rate to match the content. Are you watching a movie: 30Hz as the movie runs at 22-26FPS. If you just check the display for notifications, then 10 Hz is enough. Mobile gaming then uses the full 120 Hz.

These displays are expensive. Too expensive for the price point of the iPhone 13 mini. Apple finally decided to install a very good 60Hz OLED again. Anyone who now believes that ProMotion 2022 is available in the iPhone 14 mini should be prepared for a bitter disappointment. According to the current rumor mill, 2021 is the last year for the mini series. I very much hope that Apple will then have an alternative for a powerful and handy smartphone ready with a new iPhone SE 2022.

A lot of power

The iPhone 13 mini is powered by the new A15 Bionic SoC. It’s less conspicuous than the A14 was last year. Both are manufactured using the 5nm process and have plenty of power for everyday use, image processing and demanding games. It also enables a new camera feature. More on that in the next chapter. 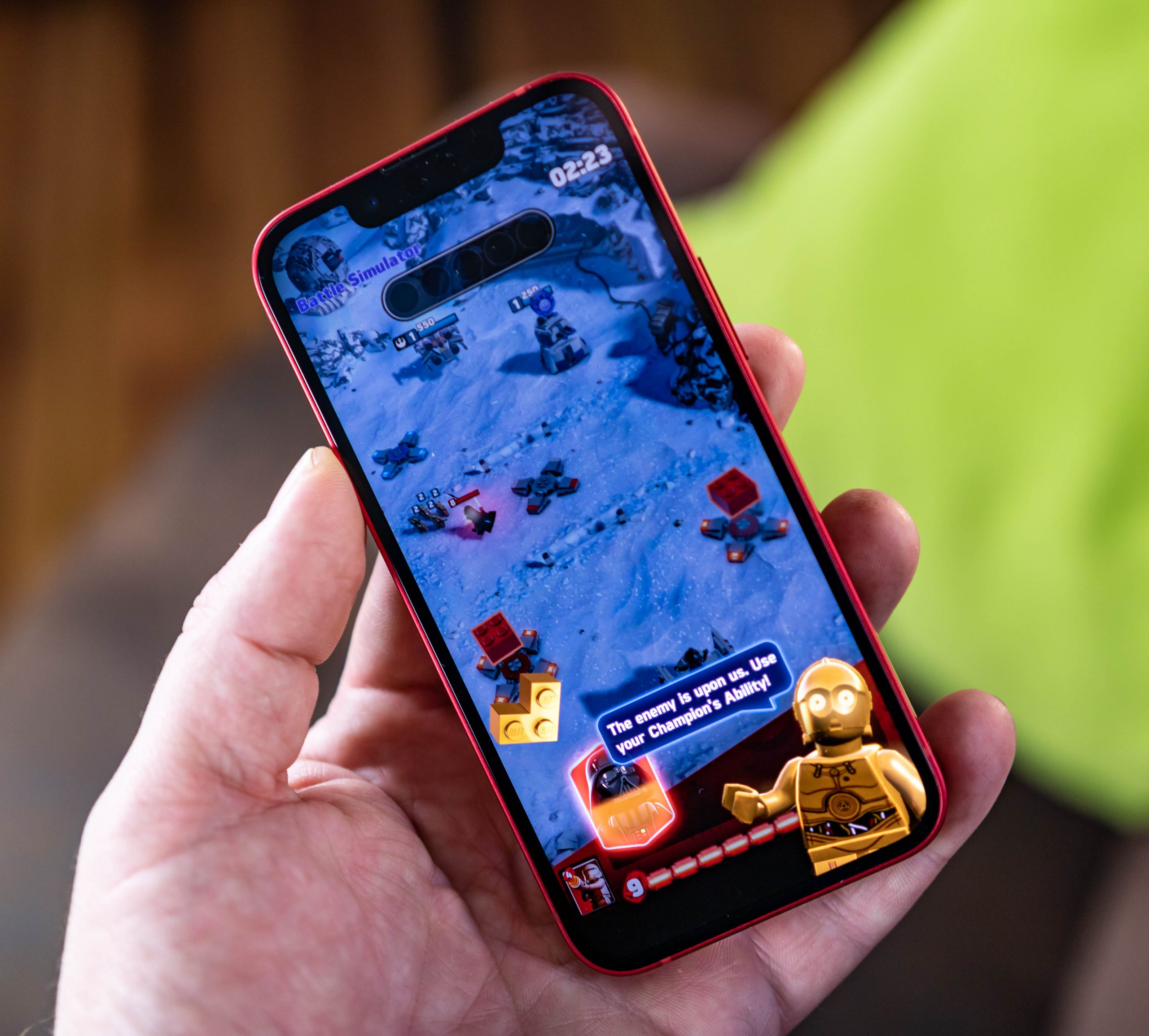 I am currently using an iPhone 11 with an A13 SoC as a daily driver and it still runs buttery smooth (even with the 60 Hz display) and will continue to receive all updates in the coming years. The real advantage of the A15 SoC in the Apple iPhone 13 mini will only become apparent in a few years. Until then, it’s just state-of-the-art.

Despite the new and slightly more powerful processor, the battery life has not worsened compared to the predecessor – on the contrary. Apple installs a larger battery in the iPhone 13 mini than in the predecessor. The small premium smartphone easily manages to do this for a day. Even on days when I used it a lot and for a long time, it always got me into the evening hours. With the iPhone 13 mini, “battery anxiety” is a relic of the past.

The cameras have been the great strength of every iPhone for years. Especially when it comes to video quality, they are light years ahead of 99% of Android smartphones. That hasn’t changed with the iPhone 13 series either. This year there is a new camera sensor for the first time. It captures even more light, reducing video noise in darker environments.

For many, the biggest camera innovation on the iPhone 13 (mini) is probably the “cinematic mode”. It is basically a new form of autofocus, with which the background blur is also adjusted afterwards. This gives your videos a cinema feeling. At least in theory.

In practice, the function is nicely done, but also clearly the first iteration of this technology for Apple. Think back to the first versions of portrait photos and how “rough” they mostly looked. This is not so noticeable with videos, but it will probably take some time until it really leads to the result that many hobby filmmakers want. Take a close look at the edges of my head in the video.

Nothing has really changed with the speakers of the iPhone 13 mini. They sound full, wide and have a good volume. For the typical YouTube video and podcast, they’re more than good enough.

The siblings of the 12 and 13 series are a bit louder, but the differences are limited. The iPhone 13 mini passes the shower test – listening to music while you are in the shower yourself.

Conclusion on the iPhone 13 mini – the best choice for connoisseurs

I loved the predecessor of the iPhone 13 mini and gave it back after my test with a heavy heart. In my conclusion I wrote the following:

“iPhone 12 mini is more than the sum of its parts. It feels right in a normal sized hand and not like a chunk that has to be crammed into your pocket somehow. It feels like something we’ve all forgotten – technology has to adapt to its user and not the other way around.” 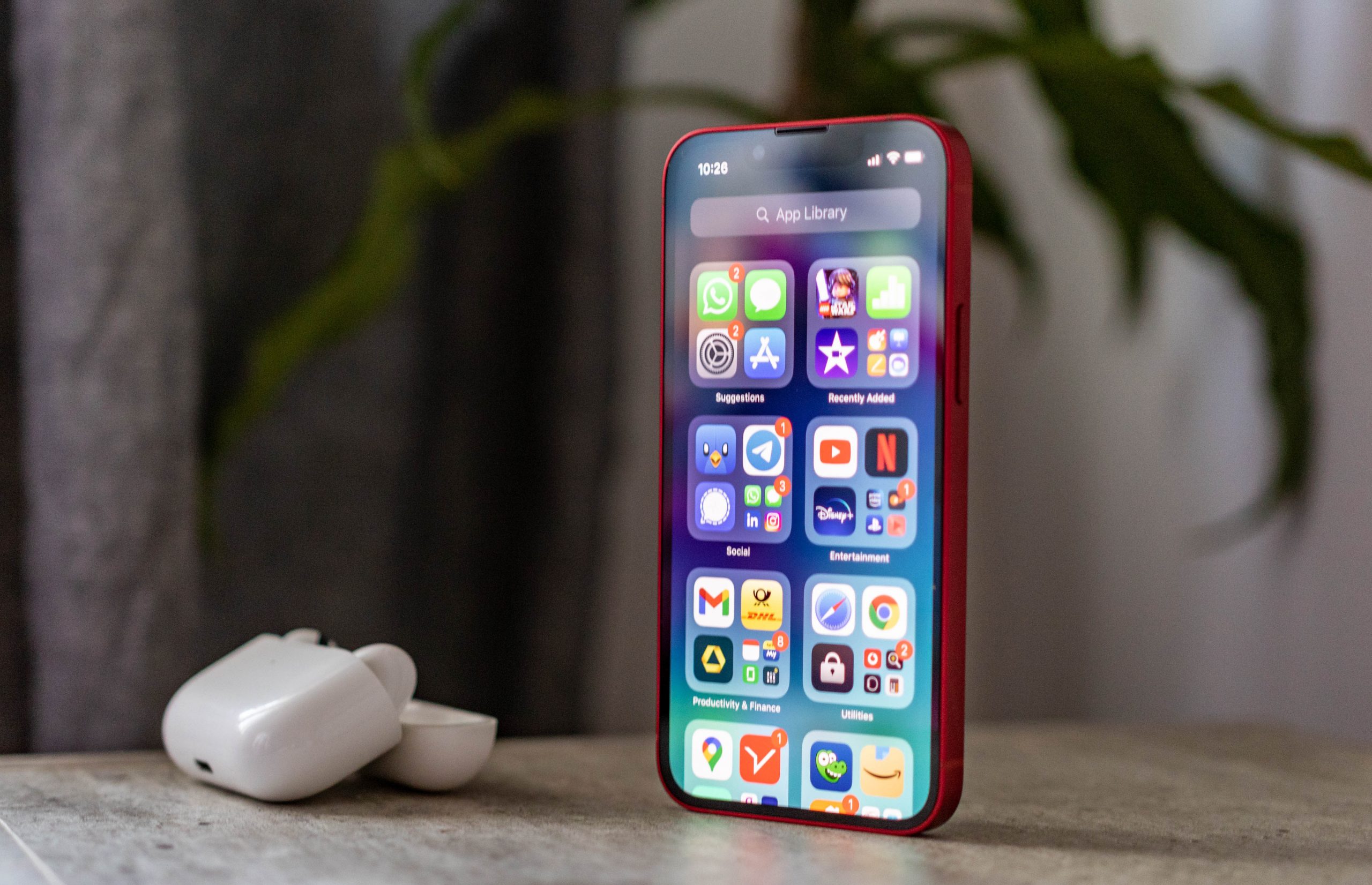 Today I would “gender” this paragraph, but otherwise it all applies to the iPhone 13 mini as well. It offers a lot of performance, an excellent camera and all this in a very high-quality exterior. With a larger battery, it has overcome its predecessor’s biggest weakness – and if you’ve been able to get by with 60 Hz so far, you will be able to do that for a little longer.

The iPhone 13 mini is one of the most interesting smartphones of recent years. People should pick it up at least once to remind themselves how well a small smartphone can fit in your pocket and into your life.