Dreame V12 Pro and Dreame T20 Pro have similar names, but are aimed at completely different customer groups. We clarify the details and who should use which device.

The Xiaomi group is gigantic. Dreame is also part of this tech giant, but doesn’t usually communicate that too much. There’s no real reason for it either. The own brand is well positioned and has earned a reputation for a very good price-performance ratio.

However, what you can tell that you are dealing with a Xiaomi sub-brand is the sheer number of products. Just like with Xiaomi smartphones, it can quickly become a bit confusing. Especially when “Pro” models of the respective cordless vacuum cleaners are presented and it is not entirely clear what really makes them “Pro”. Today we are going to take a detailed look at two of these products – the Dreame V12 Pro and the T20 Pro.

There are a few key differences between the two cordless vacuums. that make it clear what they were designed for. Primarily there would be the replaceable battery, the larger dirt container, the slightly lower suction power and the wiping function of the T20 Pro.

This also makes it immediately clear that the V12 Pro is intended more for the one-time cleaning of a normal apartment/house, while the T20 Pro is intended more for cleaning large areas/several floors and not stopping in between because the battery is empty. Thanks to the wiping function, there is no need to put away a device after vacuuming in order to then wipe it through. Almost everything is in one device.

Basically, all cordless vacuum cleaners have the same structure. There are the handles with motor and filter, a detachable tube to the ground and then the nozzle. This is no different with the Dreame V12 Pro and T20 Pro. 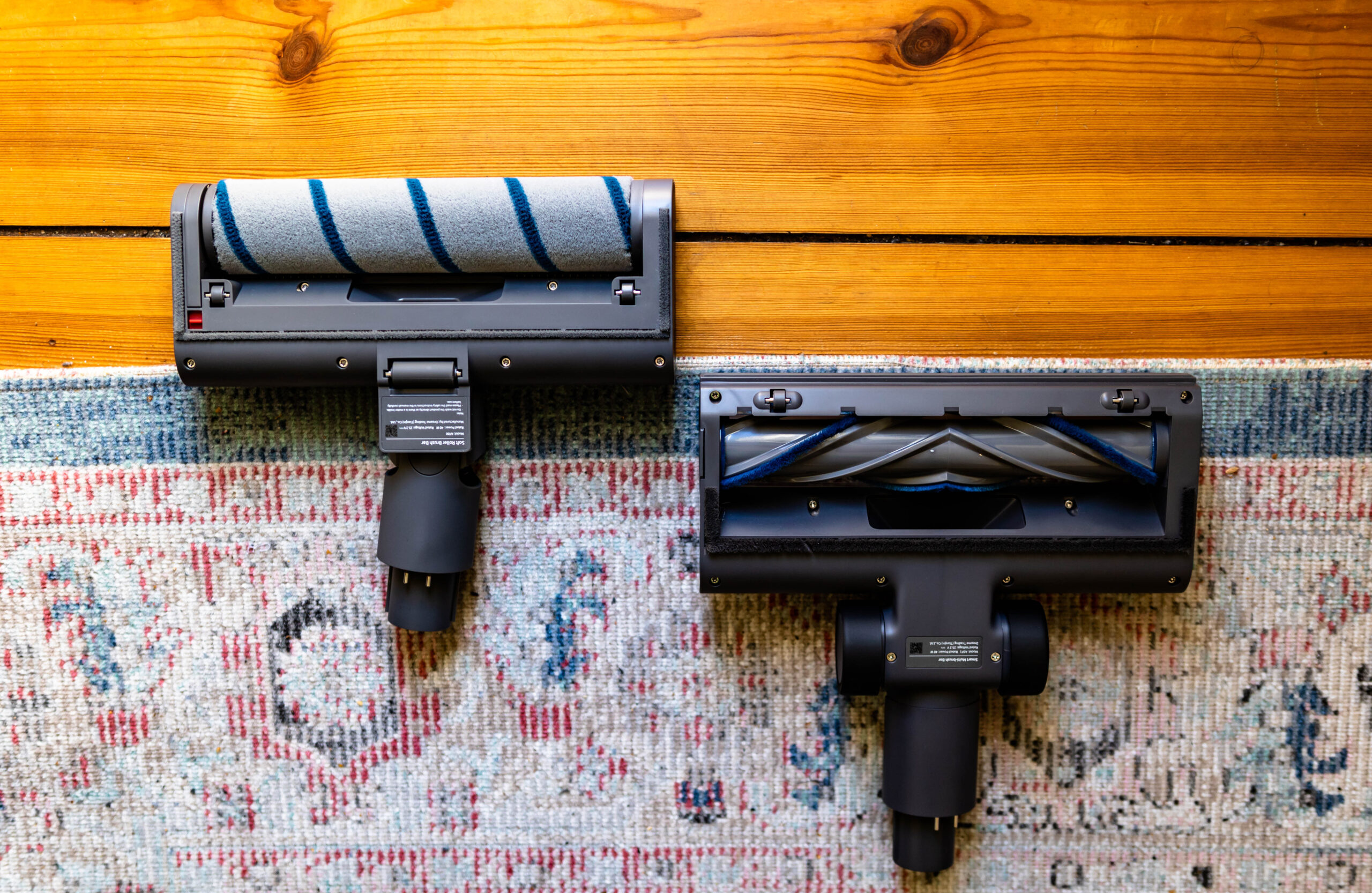 One of the differences between the two vacuums, however, is that the V12 Pro only has one large nozzle – for carpets and hard floors. The T20 Pro, on the other hand, has two different brushes for the two types of floors.

Apart from that, the scope of delivery for both devices is very similar – ranging from the crevice nozzle to the mountable charging station. However, the V12 Pro also has a bent pipe, which is very practical, especially with higher seating furniture, in order to vacuum under it without having to bend awkwardly. 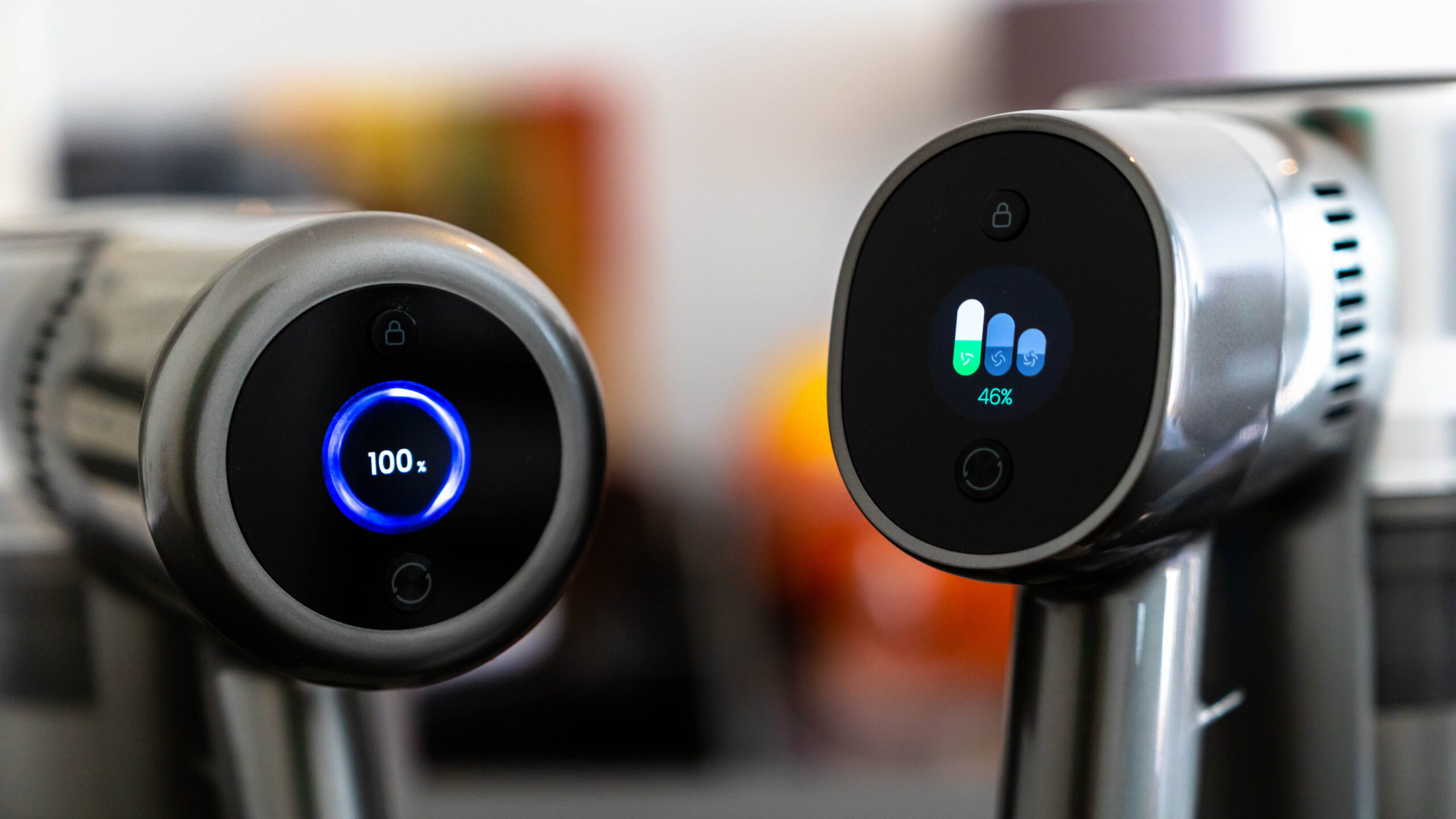 The Dreame T20 Pro is also about 100g heavier than the V12 Pro. In everyday life, however, the weight difference is negligible. Incidentally, when it comes to the display, both are going their own way again. Personally, I like the icons on the V12 Pro more, but neither display really shows more information than the other.

Both the Dreame V12 Pro and the T20 Pro have an automatic mode. Depending on what’s going on on your floor, it changes the soaking power. In Eco mode, the Dreame V12 Pro manages almost exactly 85 minutes. In “normal” mode, it’s about an hour and if you turn on the turbo, the battery life drops to nine minutes. In my experience, that’s enough time to vacuum a 100 square meter apartment thoroughly. Even long-pile carpets are no problem at 32,000pa.

The Dreame T20 Pro has a shorter battery life. In Eco mode, however, it is only 70 minutes. This is where the replaceable battery comes into play. For example, if you are finished with the first floor of your house, you can simply go to the ground floor with the vacuum cleaner and continue vacuuming there with battery 2. 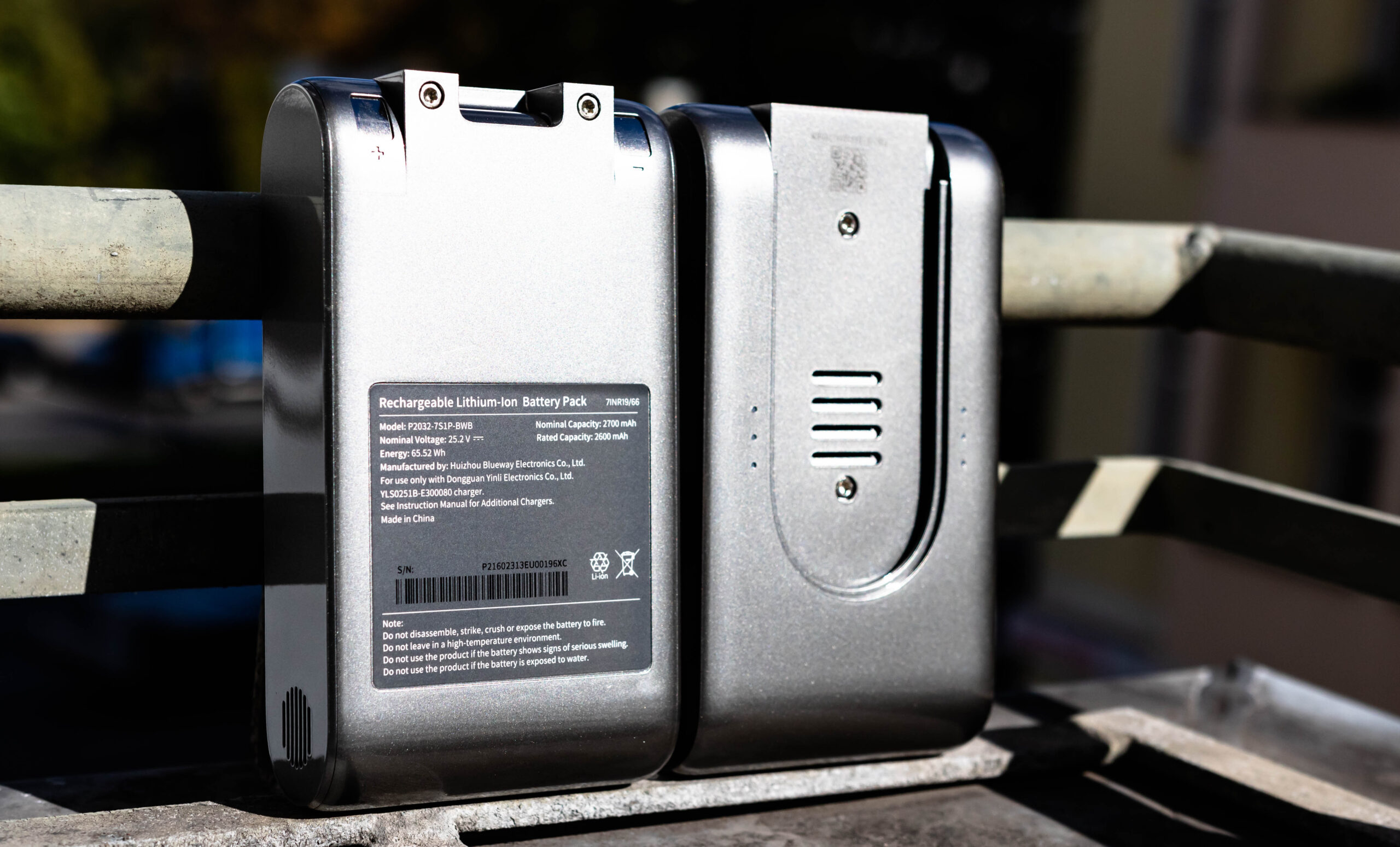 Alternatively, you can simply switch to the wiping function with battery 2 – this also requires electricity. The water has to get out of the tank somehow to the mop attachment. A replacement battery for the Dreame T20 Pro costs around €100. They are cheaper for the V12 Pro, but it is significantly harder to change this battery.

The suction power of the Dreame T20 Pro is about 20% lower than that of the V12 Pro. It depends on your floors if you notice that. With hard floors such as parquet, laminate and tiles, it doesn’t really make a difference. Small and large dirt is picked up well by both. Even (animal) hair is not a problem, although the V12 Pro is a bit better. It becomes critical with carpets with fibers longer than 1.5 cm. These high-pile carpets benefit from the higher suction power of the V12 Pro. 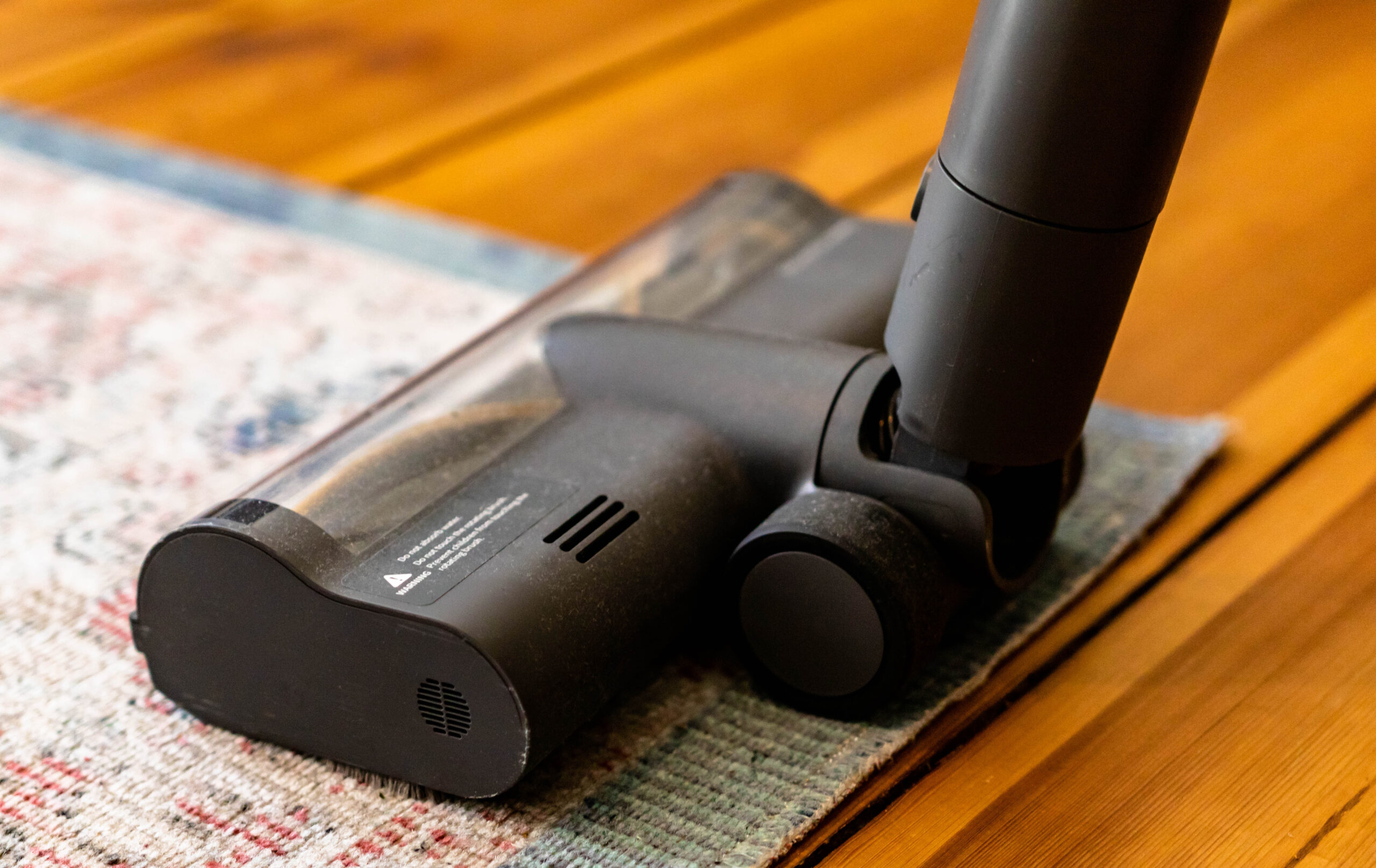 In the case of stubborn dirt that cannot be removed by vacuuming, the T20 Pro is in its prime. The wiping function is only available to him. But it should also be said that the water tank is not overly large. So if you have a large apartment/floor you will probably need to refill at least once.

Volume – none is quiet, but it is within limits

This is actually where there is a very noticeable difference between the Dream V12 Pro and the T20 Pro. The basic level is lower with the V12 Pro than with the T20 Pro. You can see that when you use it. However, the V12 Pro has a whistling sound, which can be very annoying depending on your own sensitivity. 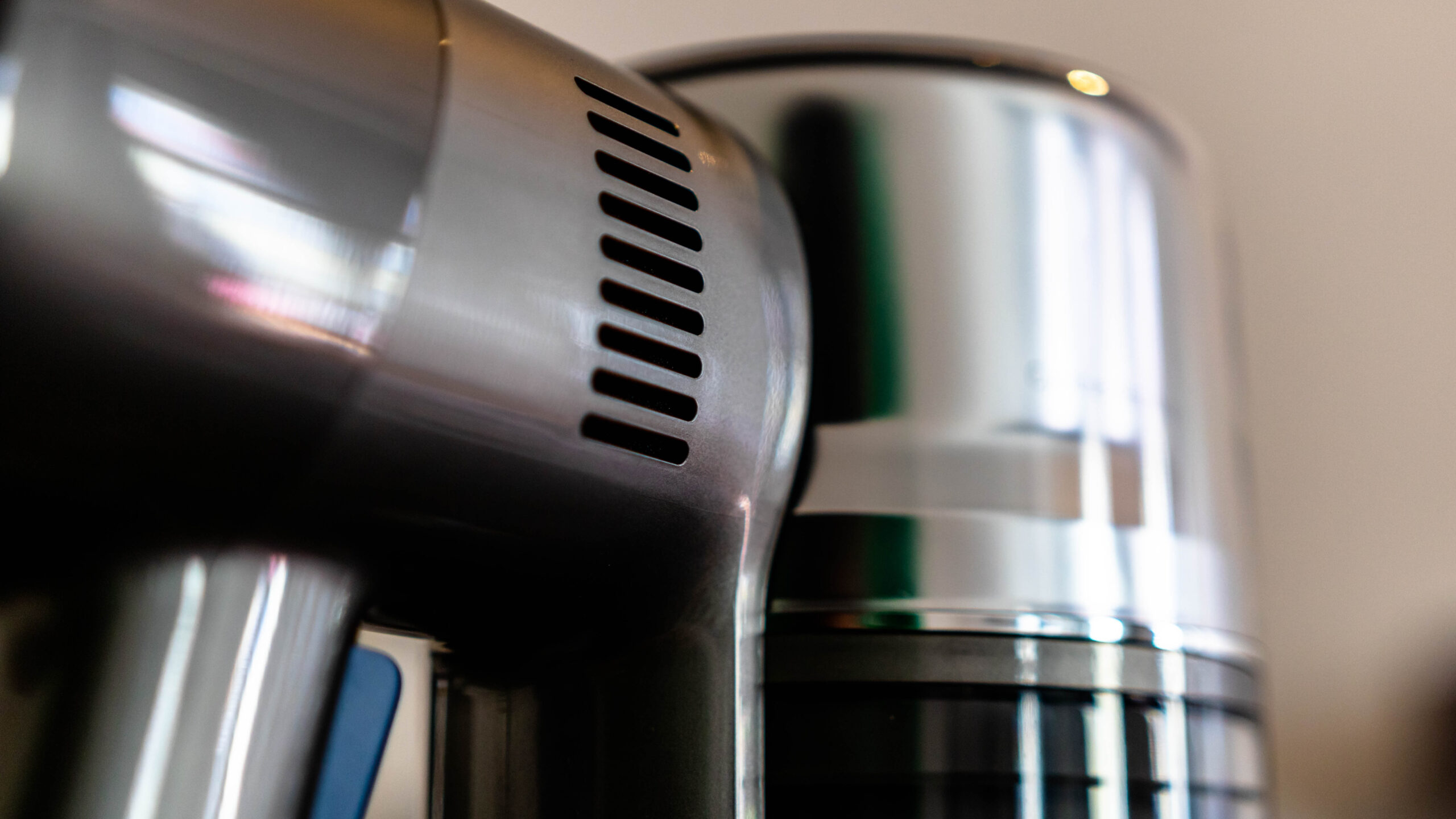 So both are not exactly whisper-quiet, but neither of the two vacuum cleaners will make the neighbors ring the bell if you quickly vacuum again in the very late afternoon. For noise-sensitive people, it should be said that headphones with ANC were invented for precisely such situations.

The Dreame V12 was designed for a completely different scenario than the T20 Pro. With its stronger suction power, the V12 Pro is designed to clean deep-pile carpets and pull dirt out of the joints of floorboards. The higher suction power can also flex its muscles properly – at least for nine minutes at full throttle.

Graphics card prices on the decline: why you should still wait to buy

The T20 Pro is intended for larger areas that not only have to be vacuumed regularly, but also wiped. Thanks to the second battery, you not only save yourself intermediate charging, but you don’t have to put the vacuum cleaner away first to get the mob – everything is already in your hands. The price for this is weaker suction power, which is hardly noticeable on hard floors. 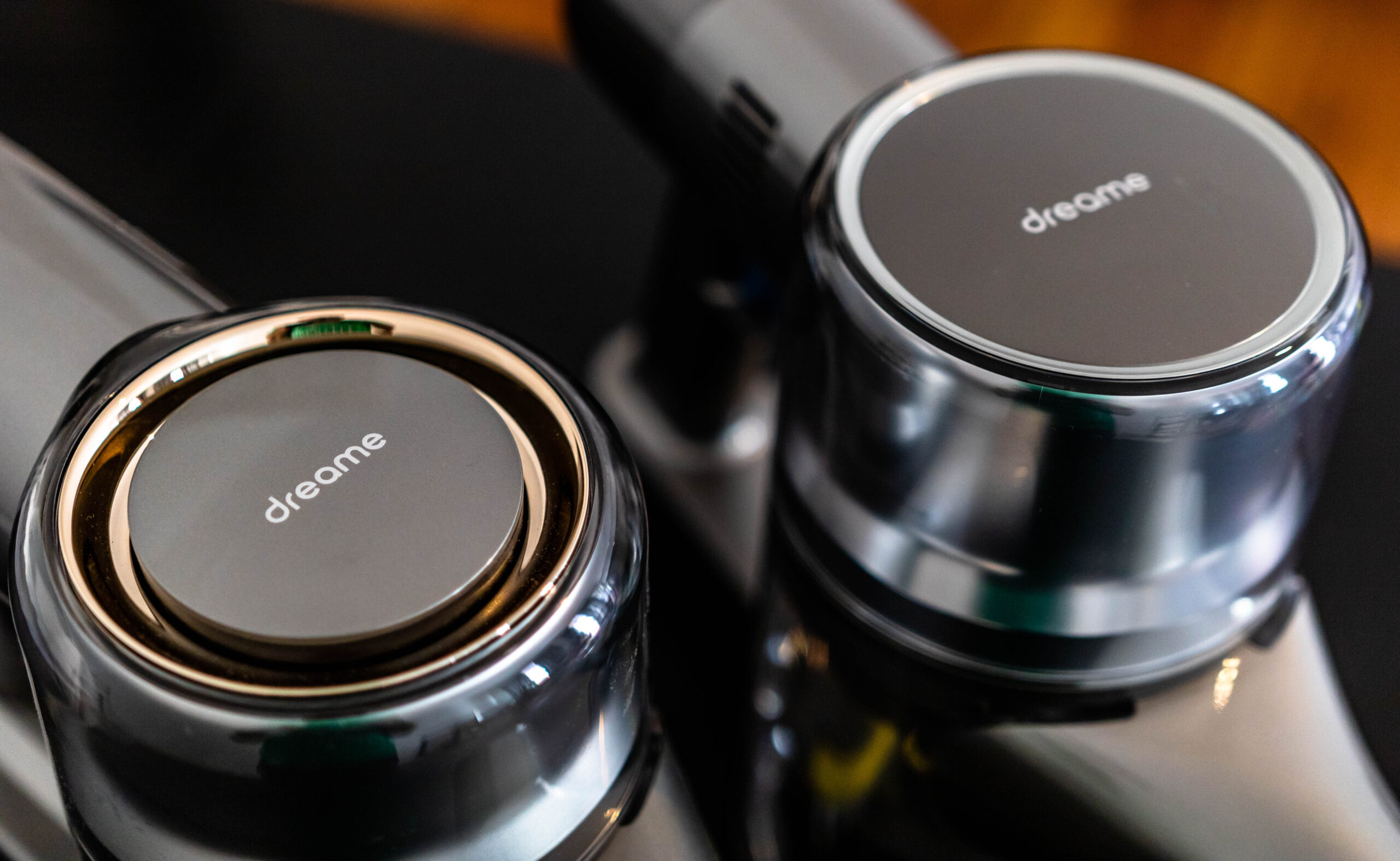 In terms of price, the V12 Pro and the T20 Pro are currently less than €30 and both are around the €300 mark. In terms of financial outlay, there is not a big difference between the two vacuum cleaners. Accordingly, you can purchase the model that better suits your scenario.

If, on the other hand, you neither need the wiping function nor the extra suction power, I can still recommend the normal Dreame V12. It is then a little cheaper without sacrificing essential functions. A direct comparison with the V12 Pro has shown that it is absolutely sufficient for most users.