With the Sense 2, Fitbit releases its most comprehensive smartwatch to date, solving some of the shortcomings of the predecessor. You can read how that works in this Fitbit Sense 2 review.

This is the Fitbit Sense 2 review

The 2020 Fitbit Sense was an attempt by the company to create the most complete fitness tracker ever on the market. This wearable not only kept track of your physical health, but also your mental health via a new stress measurement.

In practice, the watch was unfortunately a bit disappointing. For example, the Fitbit Sense was extremely slow and you stuttered and stuttered through the interface. The physical button on the side was also unpleasant, because it was placed just below the curvature of the watch and you couldn’t really press the button. With the Sense 2, Fitbit is trying to right its mistakes. What is immediately noticeable about this new watch is how smoothly everything works. The Fitbit Sense 2 is not an Apple Watch or Pixel Watch with a super-fast chip, but compared to previous Fitbit smartwatches , the operating system is nice and smooth .

The Sense 2 is also clearer in the way information is presented. You swipe left or right for screens with information on specific themes. You have an activity screen, heart rate screen, sleep screen and a weather screen. These screens are called tiles and you adjust the order in the Fitbit app. For example, if you don’t care about the weather, you can delete the weather tile. 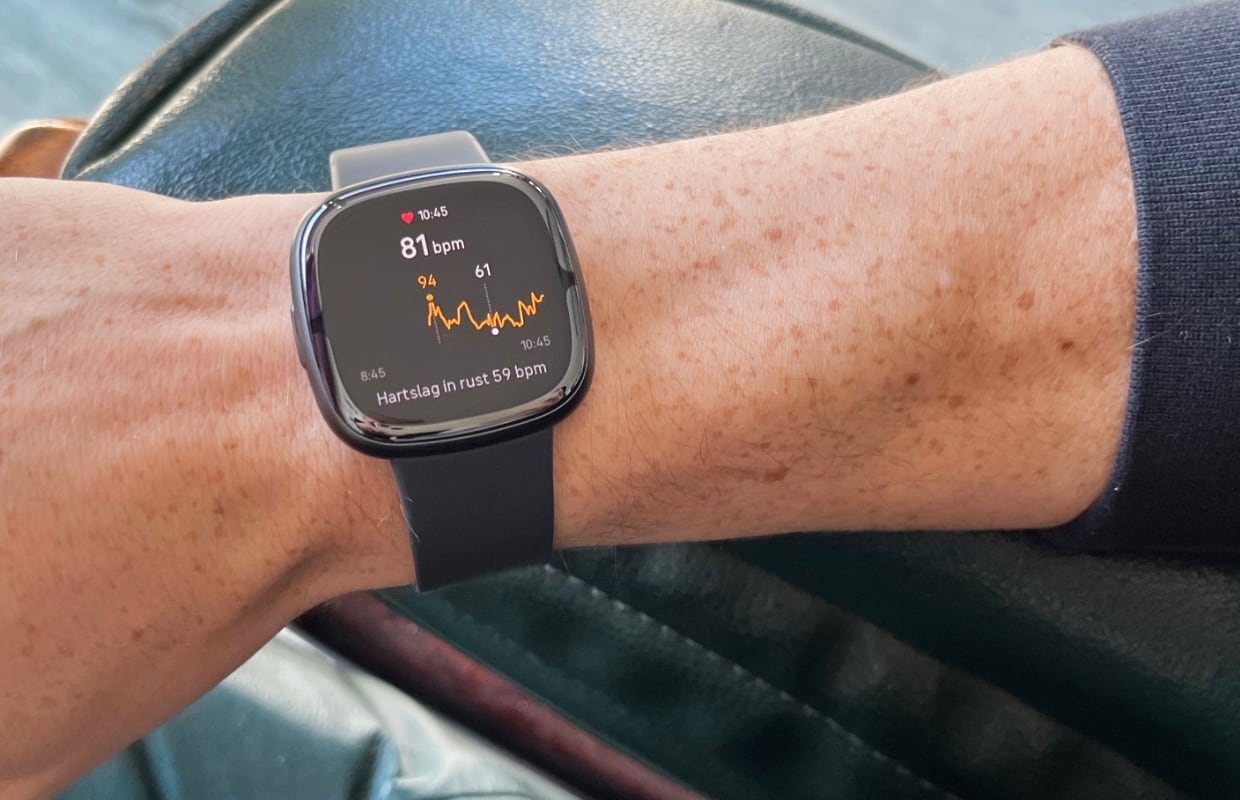 Although Fitbit has been acquired by Google, the Sense 2 does not yet run on Wear OS . That’s a shame, because it leaves you with far fewer options. For example, there are no third-party apps available at all and you can’t even control music this time. Yet it is also an understandable choice, because by keeping it simple, the battery will last at least three to six days.

The physical button is back

The watch is partly controlled with the new button on the side. Fitbit has made many attempts in recent years to make this button invisible, but it never succeeded without sacrificing the user experience. Now the physical button is back and that feels like a breath of fresh air. This is just a really nice button.

If you press once you go back to the main screen and from there you will see a list of all apps with the press of a button. You can also set a shortcut that is activated when you hold down the button. For example, for a voice assistant or Fitbit Pay . When you press twice, your four favorite apps appear. Of course you control the rest via the beautiful touch screen that is nice and clear, but still has a fairly thick, black border.

How do you feel?

With the first Sense, Fitbit introduced the EDA sensor. This allowed you to perform a measurement of a few minutes to gain insight into whether you are stressed or relaxed. Nice, but not very useful in practice. That is why the Fitbit Sense 2 offers a so-called cEDA scan.

This scan measures the electrodermal activity of your skin throughout the day, allowing the watch to see if you are sweating more. This information is combined with, among other things, your skin temperature and heart rate to give you insight into moments of stress. 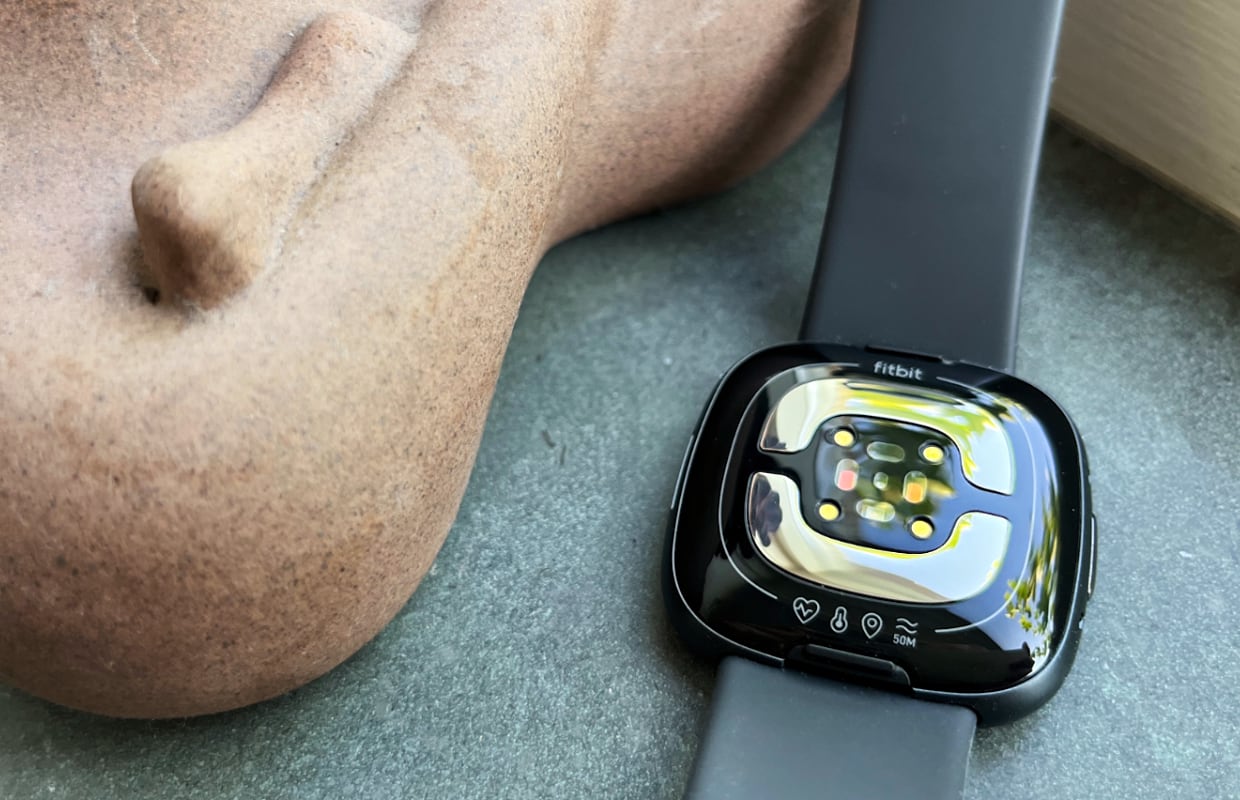 Fifteen minutes after the end you will receive a notification and you will be asked to fill in how you felt at that moment. The idea is that in this way you gain insight into what makes you stressed and how you deal with it. External webcams for video calls and conferences: An overview

In practice, the Sense 2 was surprisingly good at pointing out the moments when I actually experienced stress. Although I also regularly received notifications that I did not understand, such as when I was watching a relaxed cake baking show on the couch. At those moments you can indicate that you were just satisfied. At other times, for example, you choose frustrated, worried, or sad.

The Sense 2 is also packed with sensors that measure your health. Your steps, heart rate, sports sessions and sleep are neatly tracked. Just like your skin temperature and blood saturation. An ECG app is also available again and runners can track their sessions via GPS .

Please note that some functions of the Sense 2 are behind a paywall. Only with a subscription to Fitbit Premium you get a daily recovery score, which tells you whether you can exercise or take a rest day. You will also receive a sleep profile, the option to detect snoring, sleep analyzes and a health report. When you purchase a Sense 2, you get six months of Fitbit Premium for free. After that you pay 8.99 euros per month. 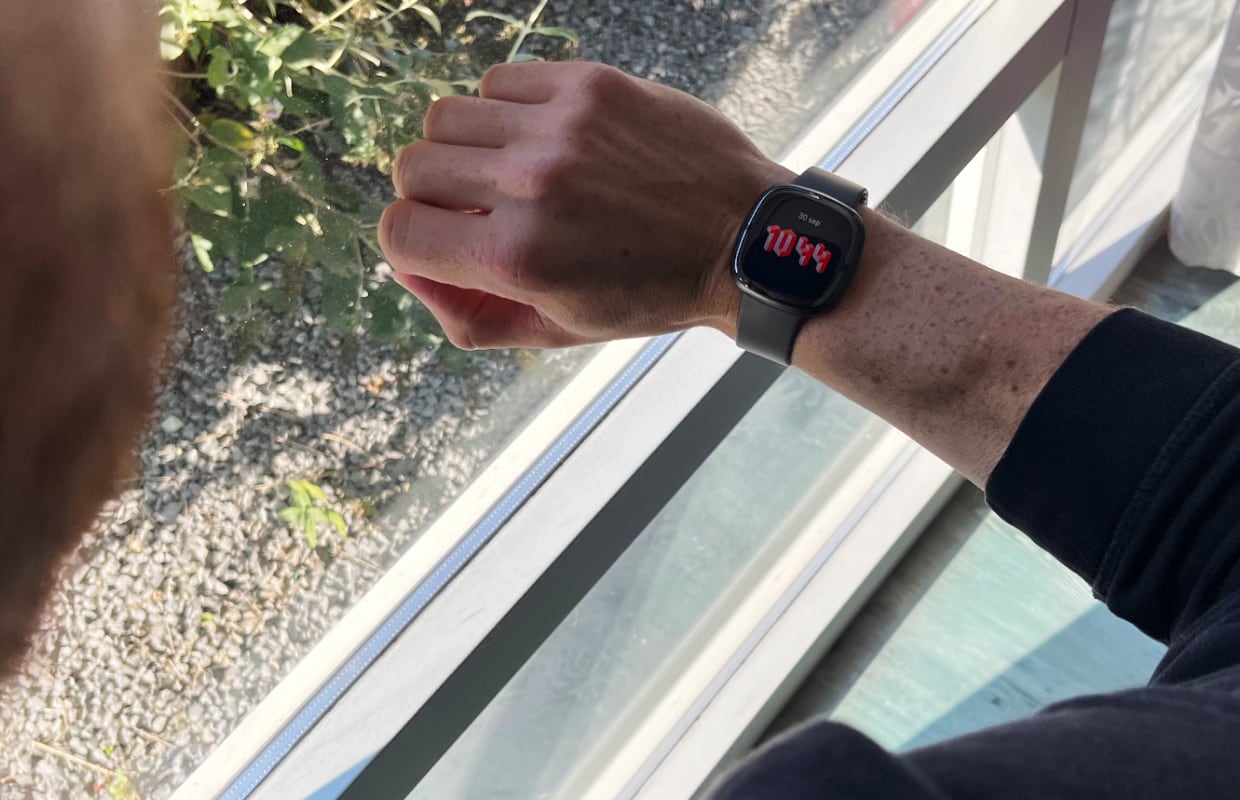 Now that Fitbit is from Google, you also notice a lot more of the big company on your smartwatch. For example, new users will soon have to use a Google account to log in, a Google Maps app will soon be released for the Sense 2 and you can already set a watch face from Google Arts & Culture.

An incomprehensible choice and a great loss is that the Google Assistant cannot be reached via the smartwatch. Instead, you have to make do with Alexa.

It is also unfortunately still disappointing that the Dutch translation remains a problem for Fitbit. The texts are translated fine, but do not seem to be tested on the screen of the smartwatch.

As a result, sentences are often truncated. Especially with tips and error messages, such as “Try to avoid naps to develop enough sleep urges for a” and “Sync your smartwatch and check your phone for any internet or other”. Although you can fill in the end of these sentences yourself, it is sloppy. Sentences are also sometimes superimposed because it all does not fit well.

That is especially unfortunate, because the Fitbit Sense 2 with a price tag of 299.95 euros is not cheap and you can expect a premium user experience. Redmi K50s Pro: this would be the first Xiaomi mobile with a 200 megapixel camera

Fitbit has addressed the biggest criticisms of the first Sense smartwatch. Not only does that result in the most complete smartwatch on the market when it comes to measuring your physical and mental health, but it also makes the Sense 2 a smartwatch that is actually nice to use.

This is a smartwatch that is only recommended if you purely want to keep track of your health. You cannot control music with it or use other apps on it. That makes the Sense 2 both an extensive, but also a limited smartwatch for a specific target group.

- Advertisement -
Share
Facebook
Twitter
Pinterest
WhatsApp
Previous articleBackground Watch now: Jeff Bridges in a TV series and 4 more tips
Next articleArtificial intelligence: How to turn humans into Pokémon
Hocainehttps://fadvices.com
A full time tech enthusiast with a passion for writing. Religiously follow everything new happening in the tech world and share my two cents with my audience here.
RELATED ARTICLES
Reviews