In this Fossil Gen 6 Review we discuss all facets of the latest watch from the well-known manufacturer. Of course we also look at Wear OS, the operating system for smartwatches from Google.

Fossil Gen 6 review: these are our experiences

The Fossil Gen 6 was presented a while ago and has also been available for a while. Nevertheless, we have waited with testing for this special month on Android Planet . In June, wearables in all shapes and sizes take center stage. So we go deeper than usual on, for example, wireless earbuds and fitness trackers. Of course, smartwatches cannot be missed either.

We have spent some time with the Gen 6 from Fossil and you can read all our experiences in this review. Curious about what we specifically have to say about a specific part? 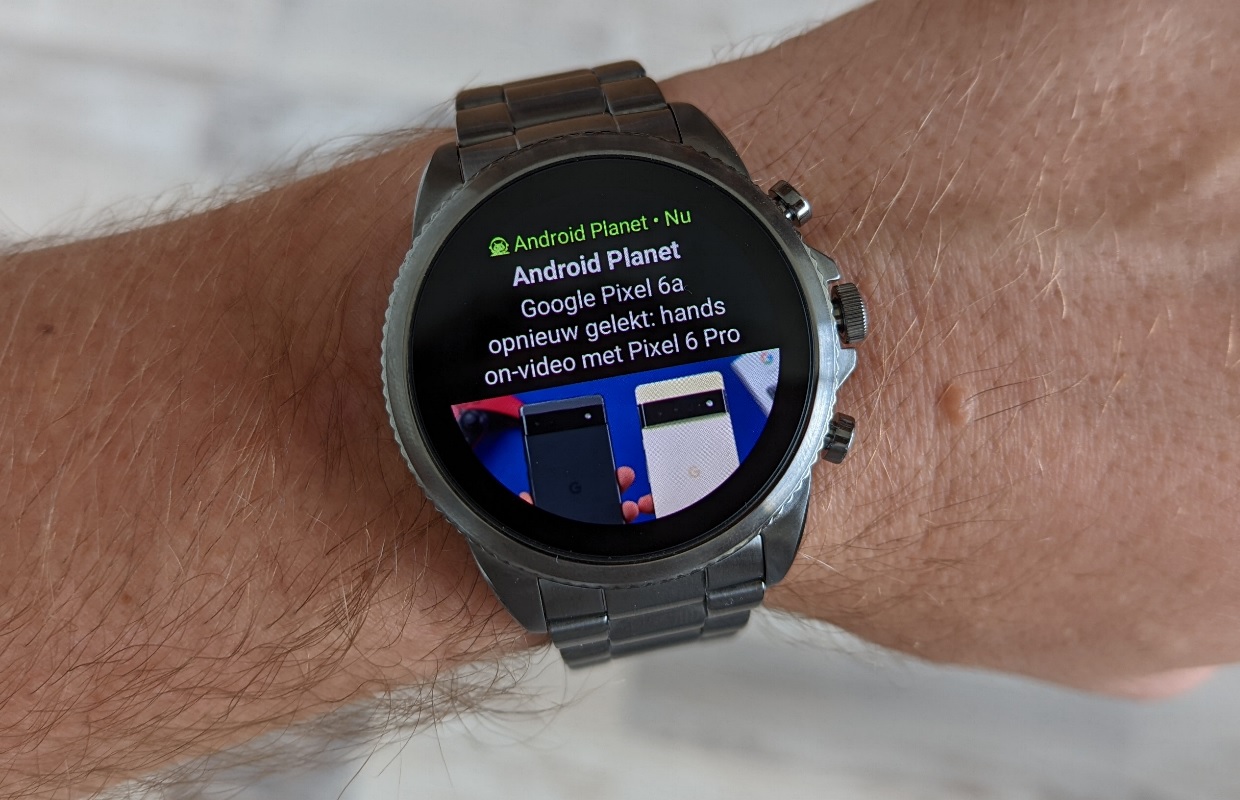 Design: something for everyone

The Fossil Gen 6 is available in several variants, which differ in terms of material use and color. The version we tested has a silver-tone stainless steel strap and watch case. Other variants come with a silicone or leather strap and a case that is a few shades darker. 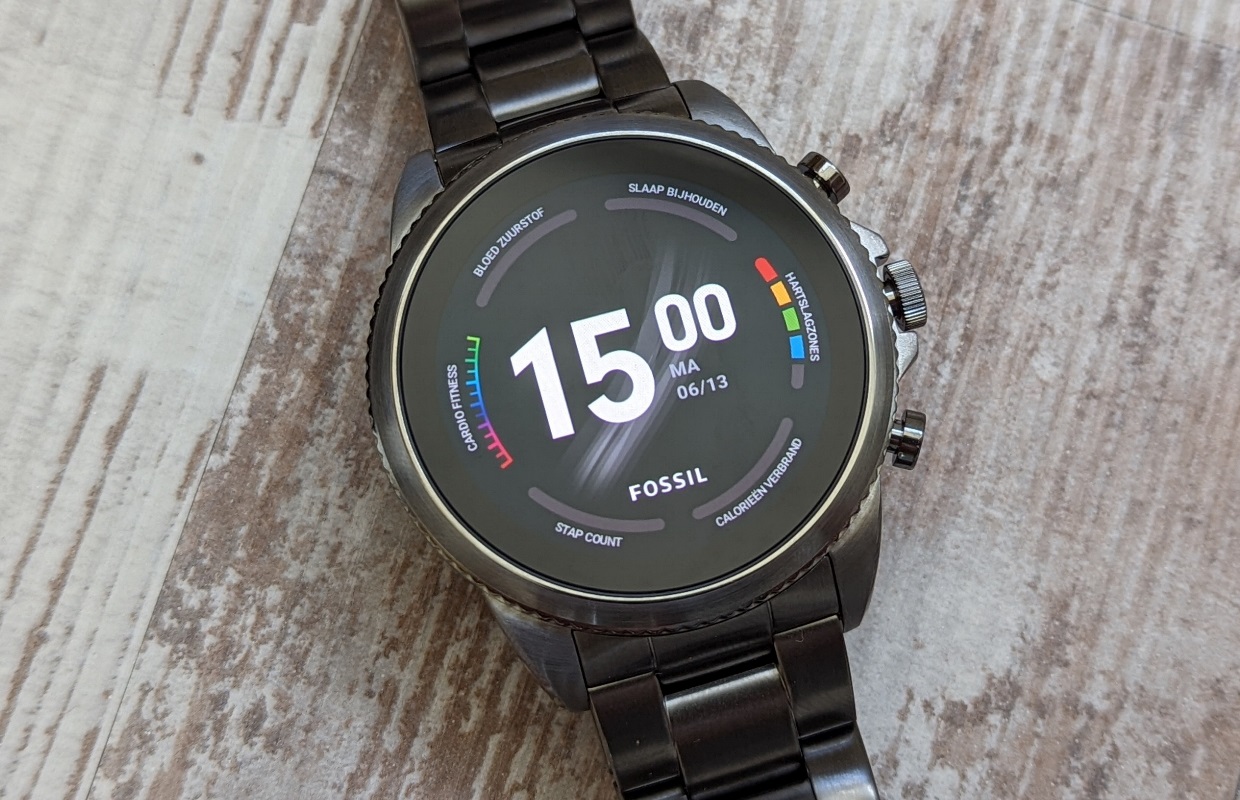 Only one size of each of these versions is available: 44 millimeters. Many other manufacturers offer you a choice of different diameters, but Fossil does not opt ​​for this. 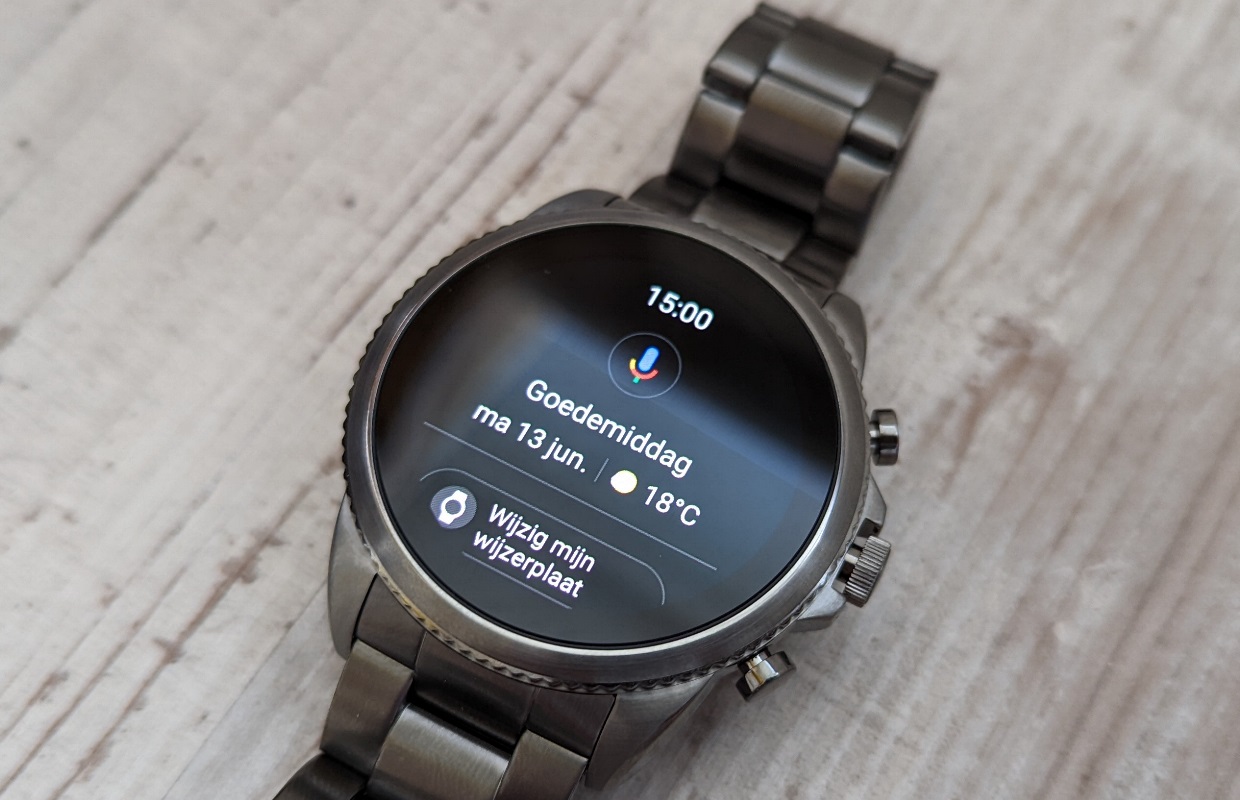 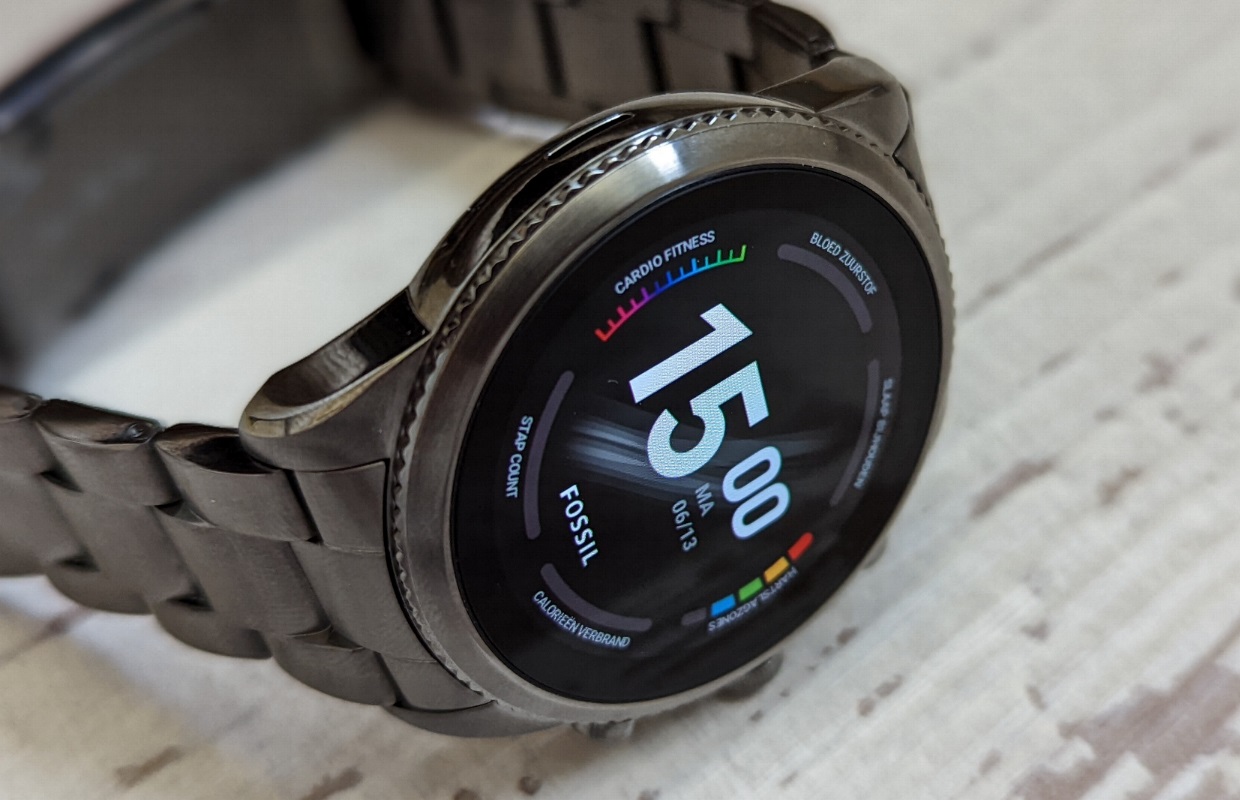 Past the jeweler and physical buttons

A small downside to the stainless steel variant we tested is that you definitely have to shorten the watch strap (or have it shortened). Fossil does not provide the necessary tools for this, so a visit to the jeweler is definitely something to take into account.

Once tailor-made, the real testing could only begin. The watch feels robust and that certainly applies to the fine closure. An annoyance is that the watch cannot be laid completely flat on a table, but more about that later.

The right side contains three buttons, including the crown wheel. With it you scroll through menus and you can also press it to perform a certain action, or to dive further into a menu. Adjusting the volume is also possible with the crown wheel. You use the other two buttons to quickly start a specific app, which you choose via the settings. 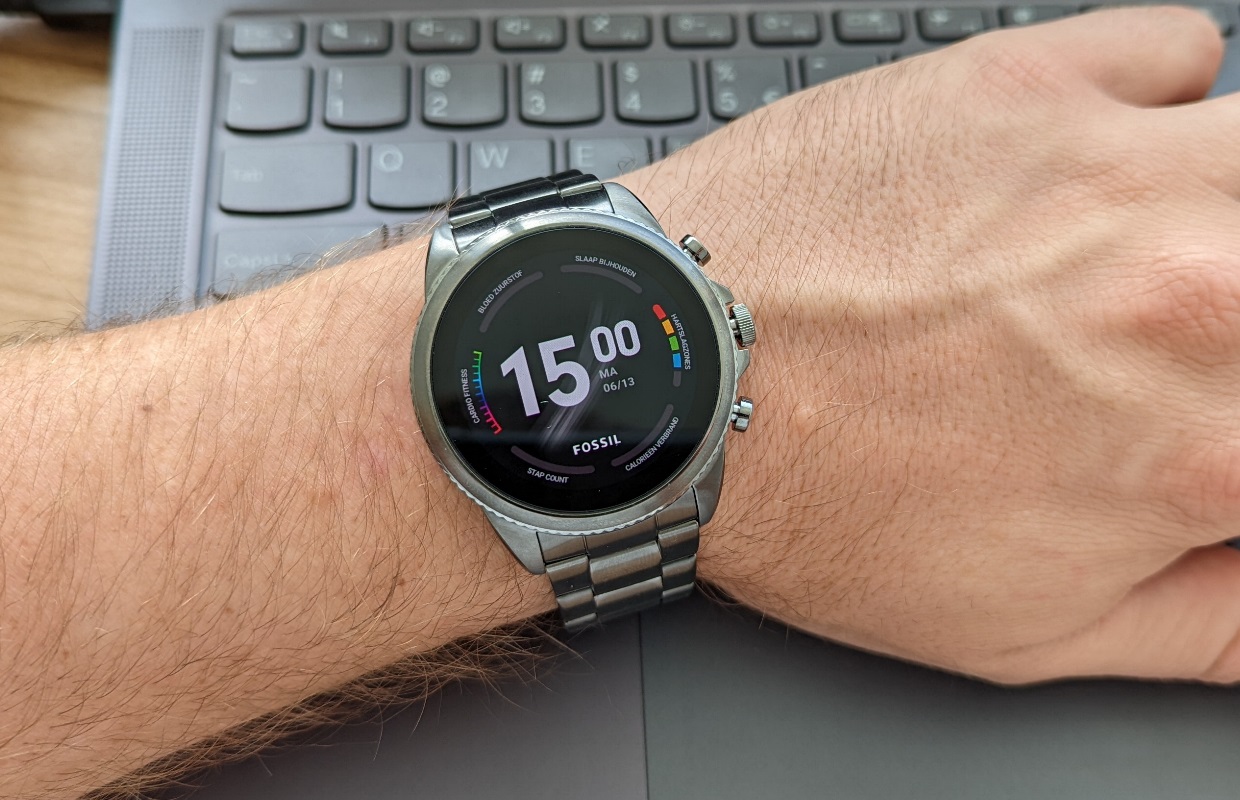 On the back, made of high-quality plastic, you will find the heart rate monitor. A microphone can be found on top and the speaker is placed on the left side of the watch case. Due to the materials used, all buttons and the watch itself also feel premium.

Screen: round and colorful

The screen has not changed compared to the Fossil Gen 5. That means it still has a diagonal of 1.28 inches and a round amoled panel has been chosen. That has a resolution of 416 by 416 pixels, so that everything is displayed fine, sharp and easily legible.

The edges around the screen are quite large and in combination with some dials this does not look so nice. The operation works fine, as you are used to from a smart watch. It is recommended to use a screen protector.

It is, however, very remarkable that version 2.36 is still installed on the watch. The newer version has been in use for a long time, but there is also something strange going on with it. The only two watches that run on Wear OS 3.0 are Samsung’s Galaxy Watch 4 and Watch 4 Classic . On top of that is also the considerably modified One UI shell.

Fossil has indicated that the new software will come to Gen 6 ‘in 2022’, but exactly when is unclear. Android Planet has checked this, but has not received an answer to date. The differences between Wear OS 2.0 and 3.0 are not too big, but it is nice that the latest software can be found on a relatively new watch.

The digital Google Assistant can also be used on the Gen 6 smartwatch. Matter of holding down the crown wheel or swiping to the right on the home screen. You can then enter a command or ask a question via a voice command. Alexa from Amazon is also preinstalled on the watch. Handy if you use it, but you can’t delete it, which is a waste of the internal storage. In testing, we also kept the Fossil Gen 5 next to it, and the Gen 6 is just a little bit faster. This is partly due to the faster processor. Apps open a little faster and you scroll through menus more easily. The speed difference is not large, but of course a nice bonus. By the way, still don’t expect a speed monster, because it certainly isn’t. Finding an app in the Play Store, downloading and installing it still takes minutes. 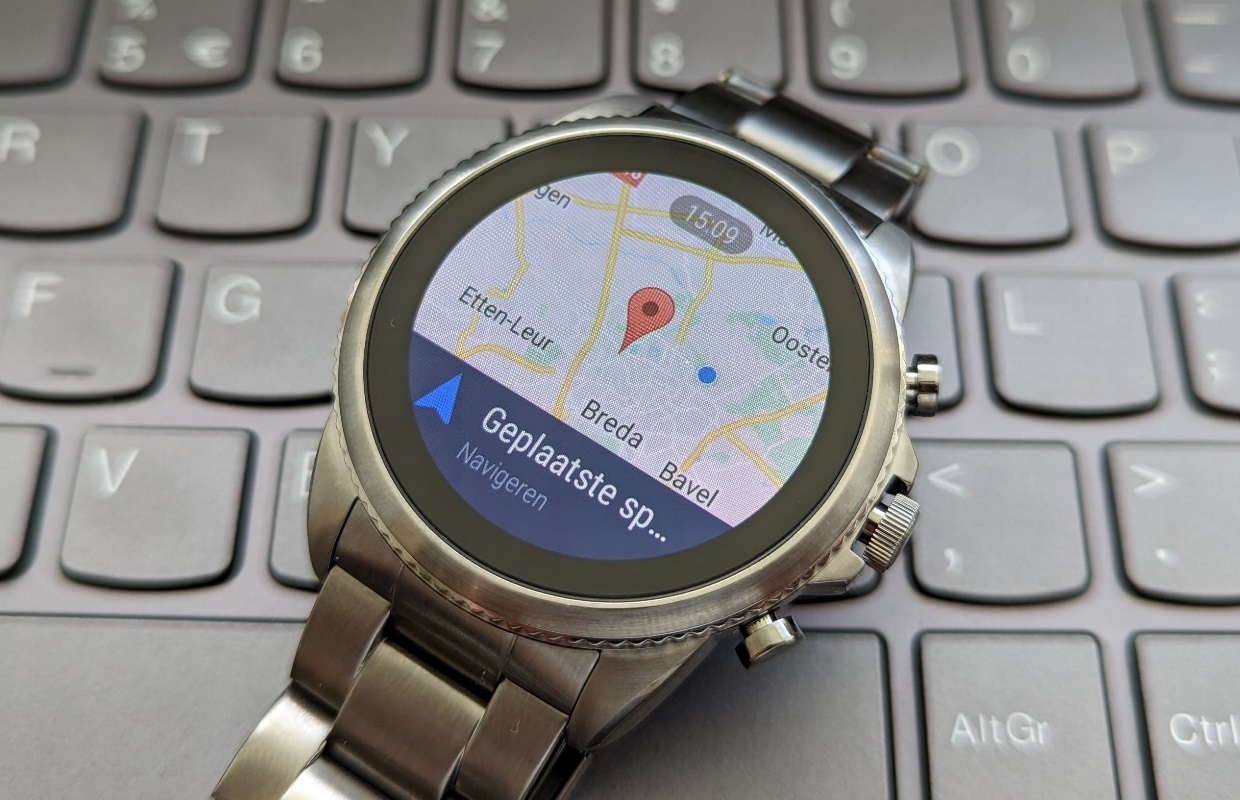 There is a built-in nfc sensor, so you can pay wirelessly with Google Pay . Making a phone call via the watch is possible thanks to the built-in microphone and speaker, although this still feels awkward. The storage space has remained the same with 8GB and Fossil has added an spO2 sensor, with which you can measure the oxygen level of the blood. 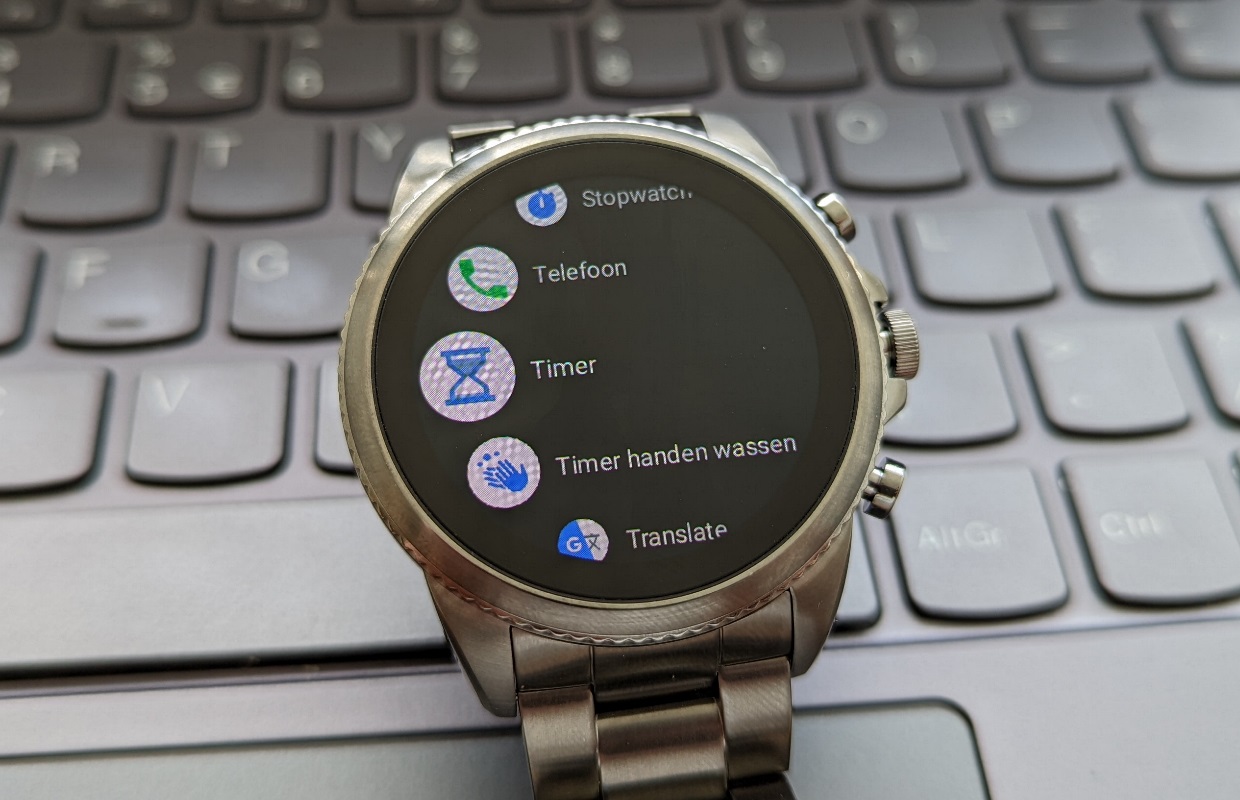 Wi-Fi is also on board; useful for installing apps or pulling in an update. The straps (22 millimeters) can be exchanged, but in combination with the metal case that often looks a bit strange. Do you want to use the watch for running sessions or, for example, bike tours? Then the built-in GPS sensor comes in handy, although it is not extremely accurate. 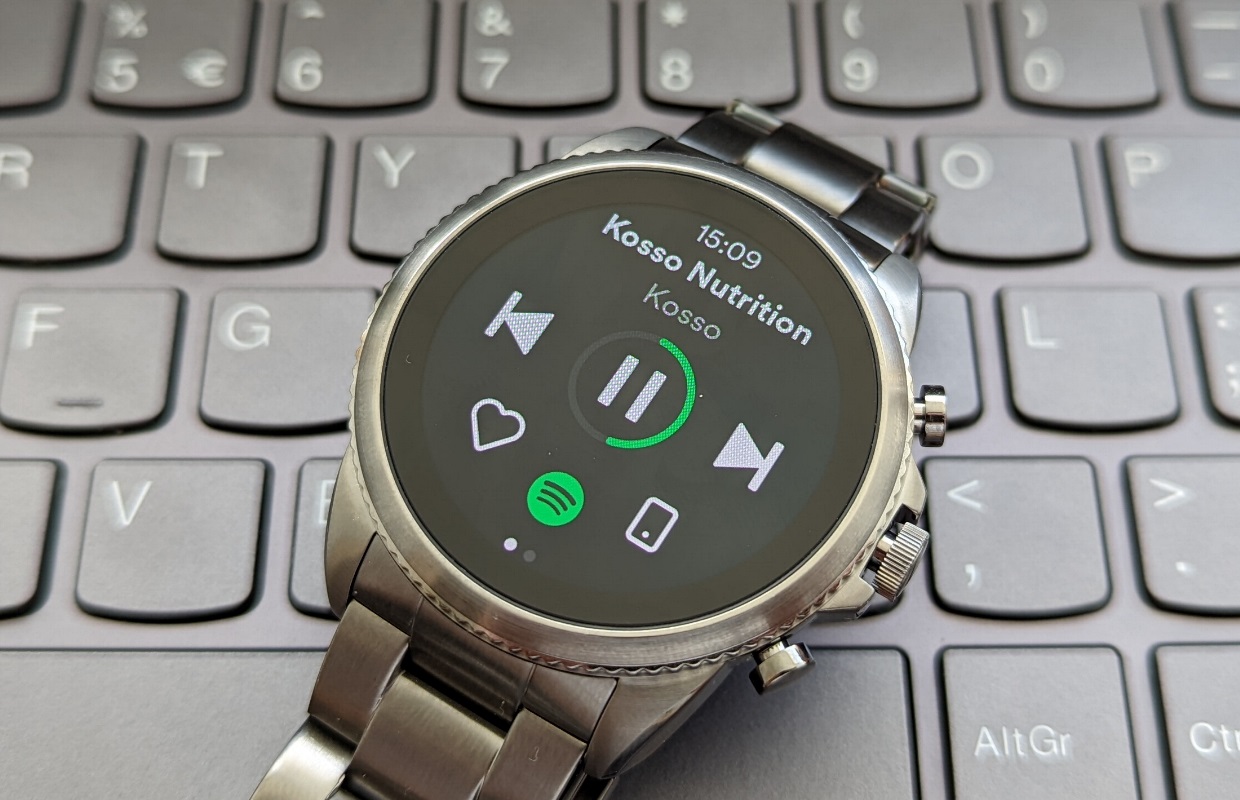 Unfortunately, wireless charging is not yet available, so you are obliged to use the supplied cable. In it you click the watch magnetically, just like with its predecessor. With our tested stainless steel version, it is annoying that the watch cannot be laid flat, which is due to the closure that cannot open completely. 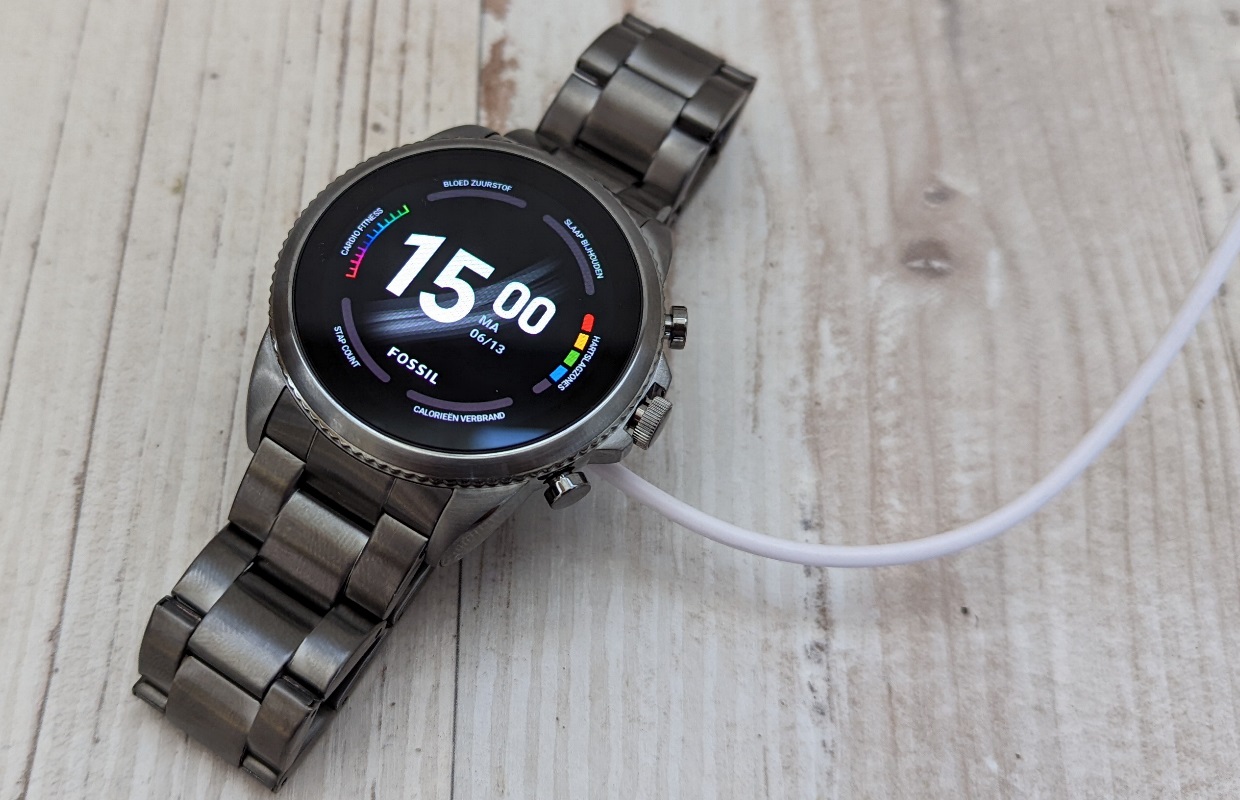 We can be brief about the battery life: it is too short. On a full charge and with some adjustments to the battery consumption, we can get through more than a day, but that’s about it. Wifi wasn’t on all the time (just like bluetooth) and the screen brightness was between 60 to 80 percent.

However, notifications were enabled from chat apps, e-mail programs and apps such as Instagram, Marktplaats and Twitter. Do you want to constantly monitor your heart rate? That is of course possible, but costs a relatively large amount of power – so you have to reach for the charger even faster.

Realme Watch 3 Review : Answering Calls From A Watch Is Better When The Price Is Low | Tech Reviews

This means that the battery life is no better than, for example, the Fossil Gen 5 or Oppo Watch . Just like every watch we use with Wear OS, we charge it every morning and that remains a pain point. The Huawei Watch GT 3 , for example, easily lasts a week on a full battery. This watch comes with its own operating system, which has other drawbacks, such as the limited app offer.

Together with the outdated version of Wear OS, that is and remains the biggest problem of the software. At the beginning of June I also wrote an opinion piece, in which I discussed the ‘standing still of smartwatches’ in recent years . So that is not a problem with this Fossil Gen 6 smartwatch, but something that is due to Google’s operating system.

- Advertisement -
Share
Facebook
Twitter
Pinterest
WhatsApp
Previous articleThese are the fastest wireless chargers, and they’re not Xiaomi or Samsung or Apple
Next articleXiaomi plays it: the following “Ultra” phones will reach the whole world
Hocainehttps://fadvices.com
A full time tech enthusiast with a passion for writing. Religiously follow everything new happening in the tech world and share my two cents with my audience here.
RELATED ARTICLES
Tech