The last month of the year has started and the holidays are getting closer. That’s why Google unveils a few useful updates for Android users. The tech giant closes the year with new emoji, filters and widgets.

Google has announced some new Android features, and they’re just in time for the holidays. Since you’ll likely be taking more photos, the new collage styles in Google Photos will definitely come in handy. In addition, it is possible to create new emoji with Gboard (Google’s keyboard app). Completely Christmas themed.

A new feature has been added for Android users who experience reading difficulties, namely ‘Reading mode’ on Android. This allows you to easily optimize the contrast between the text and background, enlarge the font or have the text read aloud. 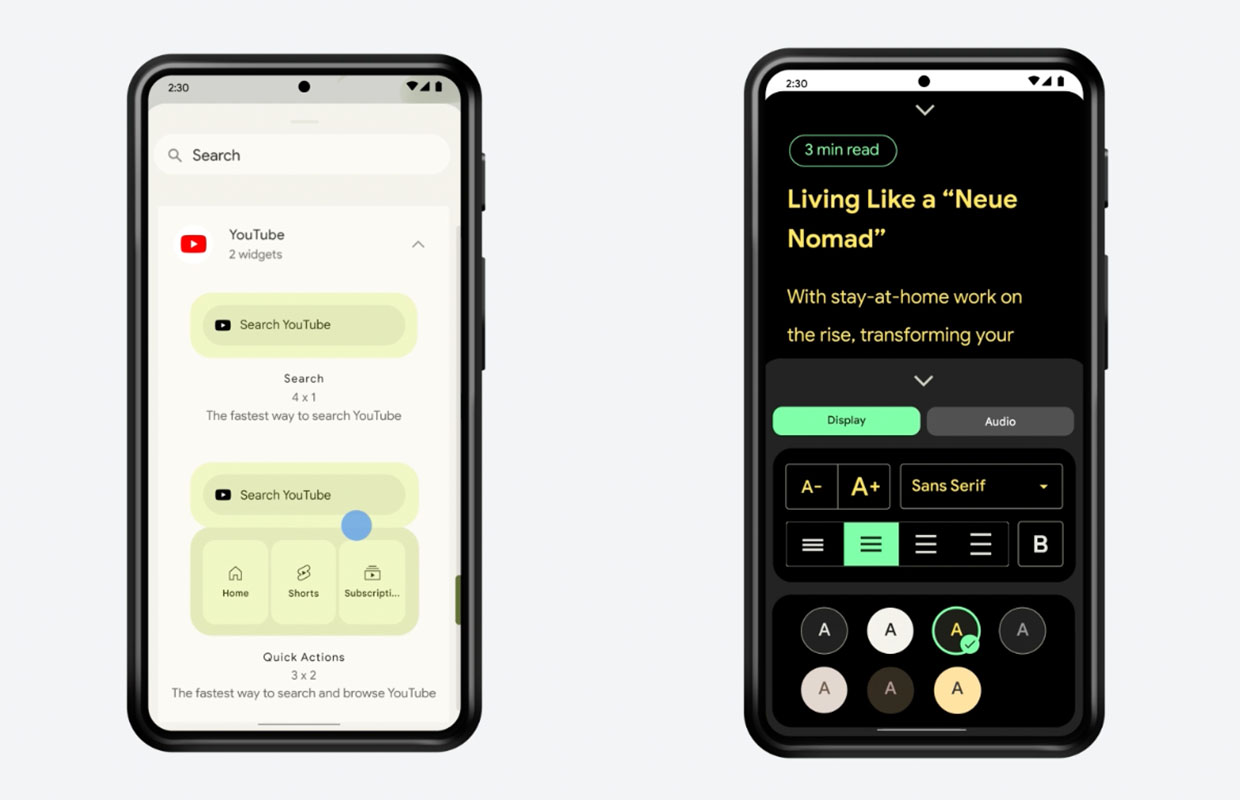 For users who watch a lot of YouTube videos, Google has created a new widget. You add this to your home screen and send it to a menu of your choice with one click. Think of YouTube Shorts, subscriptions or the homepage. You can also search for videos from your home screen using this widget.

Do you like to scroll through movies and series on your phone, but do you prefer to watch on a large screen? Then Google recommends the TV app. It contains an overview of films and series on various streaming services. You can stream it to your smart television with one button. You can then use your phone as a remote control.

Do you ever forget your car key or are you just tired of taking it with you? Then a digital car key might be something for you, because Google is expanding Google Pay further. Users of a Pixel 6 and newer or Samsung Galaxy S21 and newer can add their car key. Not every car key is supported, so check with your car manufacturer.

Google has also made some updates to Wear OS, the operating system for smartwatches. So there are new ones tiles with which you have faster access to, for example, a contact person. Google Keep – the note app – has also been further expanded. Your organized lists and tasks now better match on your smartwatch with how they appear on your smartphone.

Finally, Google has incorporated the collaboration with the Adidas Running app into the Google Assistant. This way, you can start a walk, run, or other training with one voice command.