Lenovo is now launching the third generation of the Tab M10 Plus – as always at a tightly calculated price. Cheap or cheap tablet? The test provides answers!
- Advertisement -

Customers in the 250 euro class shouldn’t expect a fast tablet with a brilliant display and all the bells and whistles. However, the Lenovo is sufficient for relaxed surfing, shopping and watching movies. It also offers a display with decent image quality, overall more than solid cameras, and a very long battery life. The icing on the cake is impeccable workmanship.

Pros
Cons
Not so long ago, it looked like Lenovo wouldn’t get a foot in the door in the tablet market. In 2013 and 2014, the Chinese brought chic, elegant and, above all, innovative tablets to customers with the Yoga tablets . A dry spell followed. Competitors like Apple, Samsung and Huawei were miles ahead of Lenovo. US government sanctions against Huawei then breathed new life into Lenovo’s tablet business. Because without Google’s Play Store, Huawei devices are less attractive. Means in bare numbers: Lenovo’s market share has increased by 3 percentage points to a good 9 within two years, while that of the rival has fallen by 3 percentage points to almost 6. Of course it helps that Lenovo has really good Android tablets again builds – such as the Tab P12 Pro , which costs just under 800 euros . However, the majority sells in the price range up to 300 euros, which also includes the newly renovated Tab M10 Plus. How well is it doing in the third generation?

Tab M10 Plus in the test: Two-part back

The buyer does not notice the low price of 250 euros at first touch. On the contrary: the back, which consists of two-thirds metal and one-third plastic, is pleasing to the eye and to the touch. 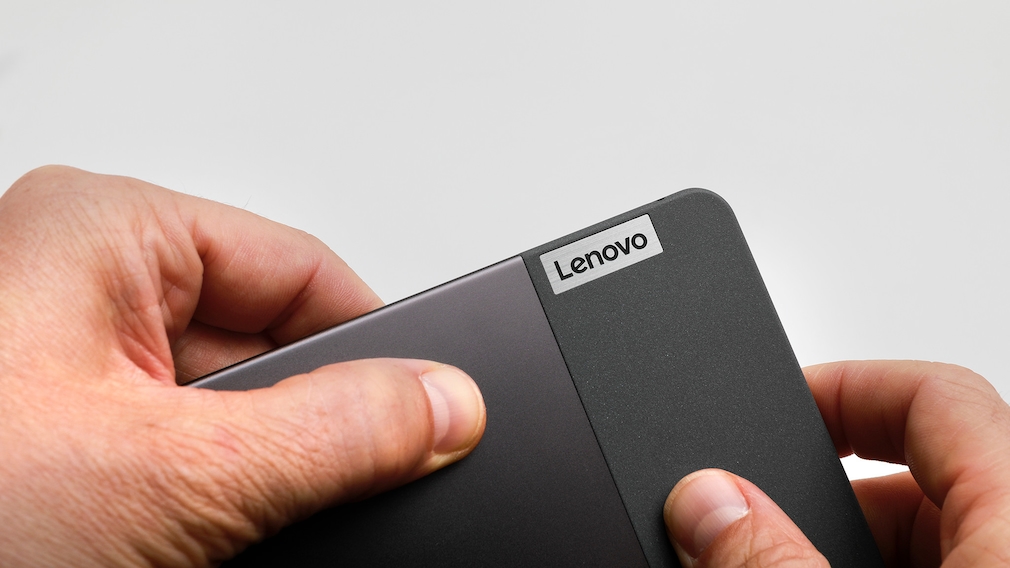 In addition, the tablet proved to be very scratch-resistant in the test – reassuring when there is a close fight with the key in the backpack, for example. It doesn’t weigh too much there either: At 463 grams, the Lenovo isn’t one of the flyweights among 10-inch devices, but it’s not overweight. Even longer one-handed operation is no problem. 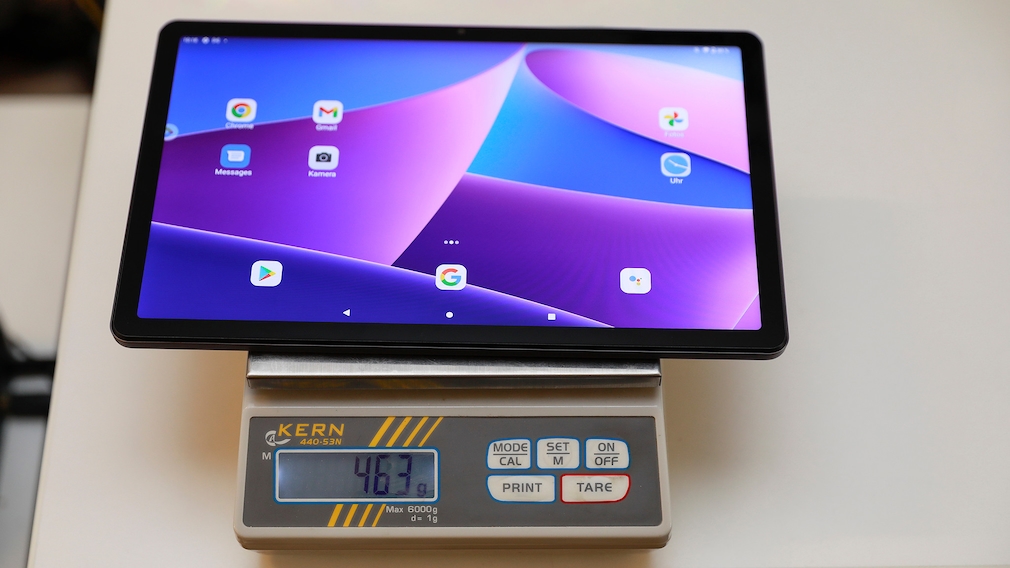 On the front, the 10.6-inch display (27 centimeters diagonal) shows websites, photos and videos in great detail with 2000×1200 pixels. Also good: The maximum brightness of 456 candelas per square meter is high enough for a working day outdoors in bright sunshine – content is still recognizable even then. Above all, the contrast and color fidelity of the Tab M10 Plus should be better. All in all , the image quality is okay for a 250 euro tablet (see on Amazon) , but not outstanding. 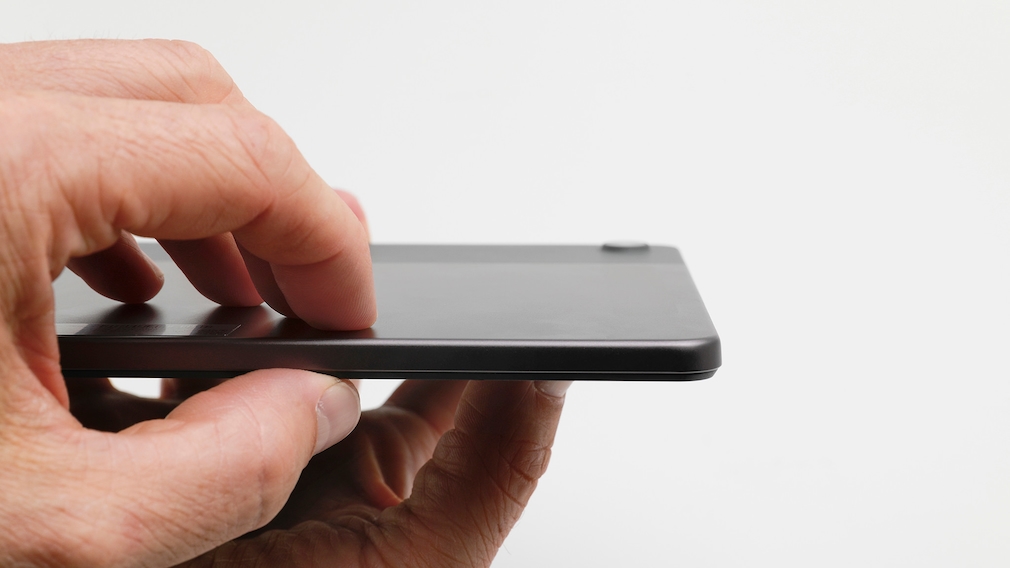 Not fast, but economical

There is also room for improvement when it comes to speed. Users need patience. It usually takes a while before the on-screen keyboard appears on the display after a tap or until the tablet implements inputs.
- Advertisement - - Advertisement -
Starting performance-hungry apps also strains the tablet user’s patience. With Photoshop Express or the game ” Asphalt 9 ” the first thing to do is: wait. Unfortunately, such apps sometimes crash before the start light turns green. But that is typical for tablets in this price range. There are two reasons for the M10: the MediaTek Helio G80 processor, which is not exactly bursting with power, and the 4 gigabyte RAM, which is tight. Good on the other hand: CPU, display and the other components are really economical. In the test, the M10 managed nine and a half hours without a socket in the complex usage scenario – very good! 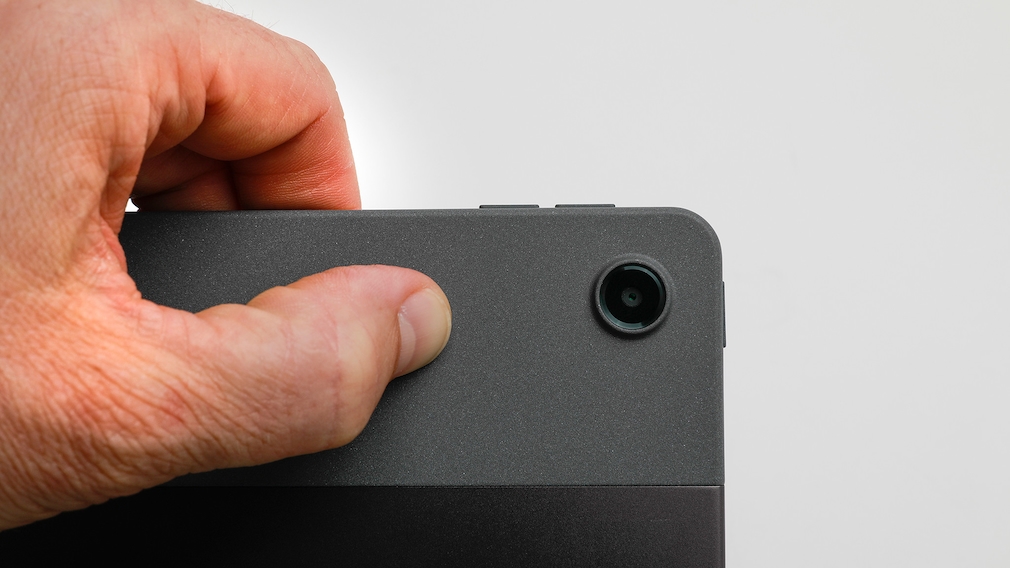 The rear camera also made a positive impression. She snapped decent photos in the test. The videos were also pleasing, even if the tablet only films in Full HD with 1920×1080 pixels. However, customers should not expect a 4K camera in a 250-euro tablet. 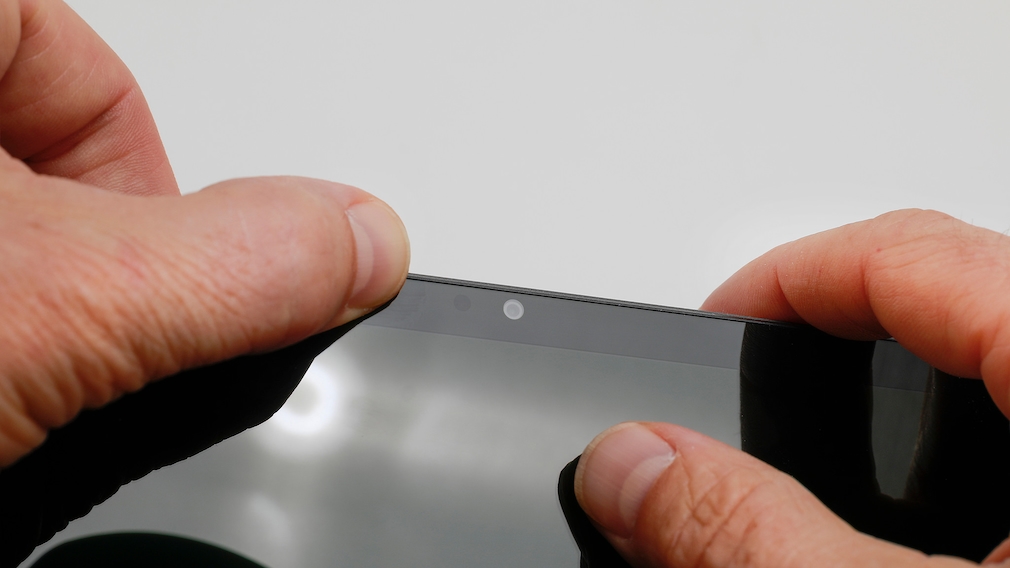 The front lens, which captured your own face in video calls sharply and in great detail, exceeded expectations. The following applies to both cameras: The surroundings should be bright, ugly image noise occurs in dim light. 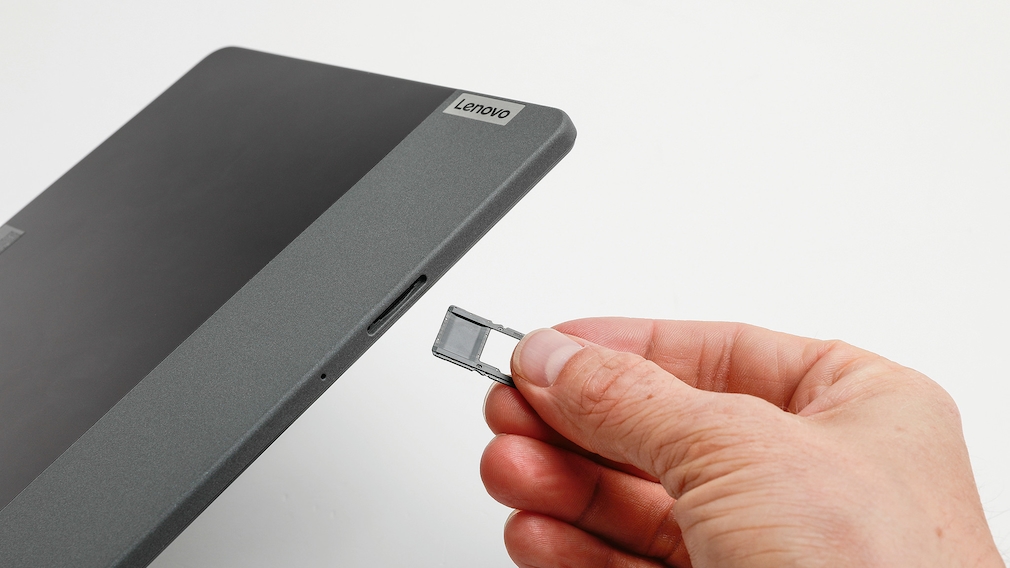 Incidentally, the front lens allows users to log in via face recognition – which is also not a matter of course for a 250-euro tablet. Typical, on the other hand: The built-in memory of the tablet equipped with Android 12 is not particularly large at 128 gigabytes, but it can at least be expanded using microSD cards (512 gigabyte cards are available for 50 euros). Too bad: Lenovo does not offer the Tab M10 Plus as an LTE version with a SIM card slot. If you want to access the Internet from a mobile device, you have to use your smartphone’s hotspot function.

Lenovo Tab M10 Plus (3rd gen) in the test: conclusion

Customers in the 250 euro class shouldn’t expect a fast tablet with a brilliant display and all the bells and whistles. However, the Lenovo is sufficient for relaxed surfing, shopping and watching movies. It also offers a display with decent image quality, overall more than solid cameras, and a very long battery life. The icing on the cake is impeccable workmanship.
- Advertisement -
Share
Facebook
Twitter
Pinterest
WhatsApp
Previous articleAsus ROG Phone 6 Pro Review: Highlight for Mobile Gaming? | Tech Reviews
Next articleRephone Review : Sustainable version of Gigaset GS5 Made in Germany | Tech Reviews
Hocainehttps://fadvices.com
A full time tech enthusiast with a passion for writing. Religiously follow everything new happening in the tech world and share my two cents with my audience here.
RELATED ARTICLES
Reviews