The bets for home entertainment continue to increase, and LG knows this area very well in its line of audio and video. With XBOOM , the South Korean brand wants to earn a place in the hybrid speaker proposal that we can take everywhere. The highest point they point to is the XBOOM XO3, the team with a 360 system that wants to accompany you, despite its weight. It’s worth it? This is the opinion of Fadvices.

LG XBOOM XO3: this is what you should know

A monolith with speakers. The presence of the equipment surprises at any table, understanding that we are dealing with a speaker that is different from many on the market. Unlike other LG models that have a handle, this XO3 is a cone that includes a tactile interaction system and RGB lights at the tip.

The speaker cover is developed with recycled plastics and has an SGS certification as an eco-friendly product. Both the fabric and the packaging have been produced with second-use inputs, a trend that applies to all of the firm’s products.

In terms of design, the fabric covers a plastic finish and exhibits a top cover that adds touch controls for play, pause and pairing. Under this cover, the RGB lighting system is located and, near the base, the USB-C inputs for charging and an auxiliary audio port.

Only Bluetooth, a pity. I would have loved if this speaker was WiFi, since the Bluetooth pairing method only allows the transmission of what we hear from the phone or other connected equipment, without independently putting the audio from WhatsApp and other apps while we launch music to the device.

360 Sound . The grace of the XO3 is that, due to its design, the sound travels in all directions from the dome that adds the neodymium drivers and the system made up of the fiberglass midrange speaker and the tweeter at the tip. The inverted cone allows sound to travel 360 degrees almost like a wave.

The cone’s curved surface guides sound from the speaker in a pattern that doesn’t degrade in all directions, unlike arrays that try to replicate sound 360 degrees with speakers that surround the unit. Not here, because the sound comes out upwards and gently dissipates with that cone.

Along with this top-based tweeter and midrange horn, the side passive radiators complement the work of the XO3’s base-housed woofer to extend the low frequencies in parallel.

Company lights. With the LG XBOOM app – LG, please, unify your audio apps – we have the possibility of modifying the RGB lighting of the tip to accompany the content we broadcast.

From the app we can determine the blinking frequency, the effect, the intensity and even the possibility of enabling the LED flash of our camera so that it shines – or shines – to the rhythm of the music in a meeting.

Yeah, but how does it sound? I have a marked prejudice with the speakers of this type of brand, the ones that usually have a “boxed” sound. Despite the lack of a partner like MERIDIAN, the XO3 boasts great balance and great range without distortion.

Trying my usual tracks, the amplitude in John Mayer’s “Vultures” is brutal for the bass area and the silences of the accompaniment during the solo. In the case of “Lento” by Julieta Venegas, the dispersion of the arrangements is very nice and they don’t feel as if they were overlapping frequencies. For “Nothing Else Matter” I circled the speaker in a very acoustic room in the RPP building, and felt no muted signals. We really have a 360.

Of course, from 80% volume, we already noticed a little deficiencies in the 360. From 95%, a little distortion already appears on the track.

Battery and portability. This is what I loved the most about the team, besides the sound. We have a great speaker design and with very good battery life. Yes, you read right. Battery. We can use this huge speaker away from a power source for up to 24 hours. In my time of use, I was able to stay at 35% battery in about 8 hours with the LED lights and volume at 70%. Enough power for a day out and about or a walk. 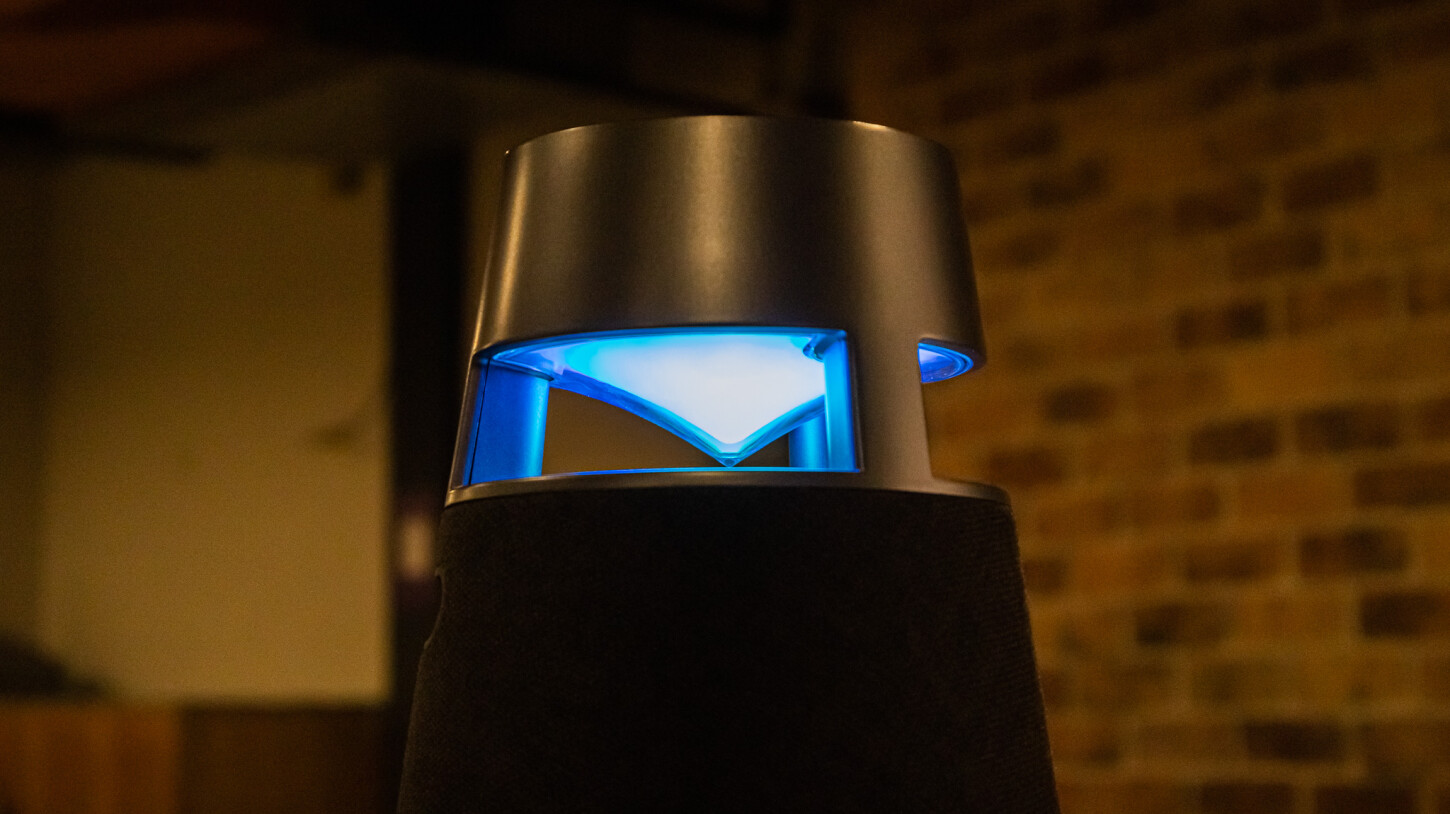 The good thing is that we have the possibility of charging its 3900 mAh through a USB-C cable, although this process can last up to 5 hours from zero to 100%.

LG XBOOM XO3 Is it worth it?

I’m going to put it this way. A speaker like Sony’s monstrous SRS-RA5000 is close to $700, but with WiFi connectivity and killer sound in large rooms. On the other side, a Huawei Sound Joy. It is the benchmark for quality in portable systems and it sweats fearfully in front of this LG, but it costs almost a third of it and it has, in addition to an RGB ring, the DEVIALET signature.

This LG is in the middle. What does it mean to be in the middle? Well, we have an impeccable design, customizable RGB, great sound and brutal battery. All this could, in some cases, not be enough to cover the absence of WiFi or a lighter weight for the transfer. Beyond that, it is a team that has no problem going with you anywhere or staying at home to give you good sound. I’d go for it if I needed something in between of good quality, even if it meant raising the price.

- Advertisement -
Share
Facebook
Twitter
Pinterest
WhatsApp
Previous article
Android users beware: ‘a data leak may occur’
Next article
Suunto 9 Peak Pro Review : A Smartwatch? Sports-watch Who Stands Out When Others Give Up | Tech Reviews
Hocainehttps://fadvices.com
A full time tech enthusiast with a passion for writing. Religiously follow everything new happening in the tech world and share my two cents with my audience here.
RELATED ARTICLES
Earbuds/Headsets