We secretly already knew what the upcoming Xiaomi 13 Pro will look like thanks to renders. Now several real photos have leaked showing the device from every angle.

Rumor: These are the first Xiaomi 13 Pro photos

In a few days it will be time for a big reveal from Xiaomi. The Xiaomi 13 series will then be presented in the home country of China, which consists of two devices. Earlier renders, computer-made images, of the 13 Pro appeared, but now real photos of the new flagship have also appeared.

For example, we see that the Xiaomi 13 Pro comes on the market in at least three colors: white, light green and light blue. Striking is the shiny finish, where we immediately see reflections of ambient light and other light sources. The large camera island in the left corner literally protrudes a few millimeters. The display has rounded screen edges, while the normal Xiaomi 13 is very likely to have flat sides – and therefore also a flat display. 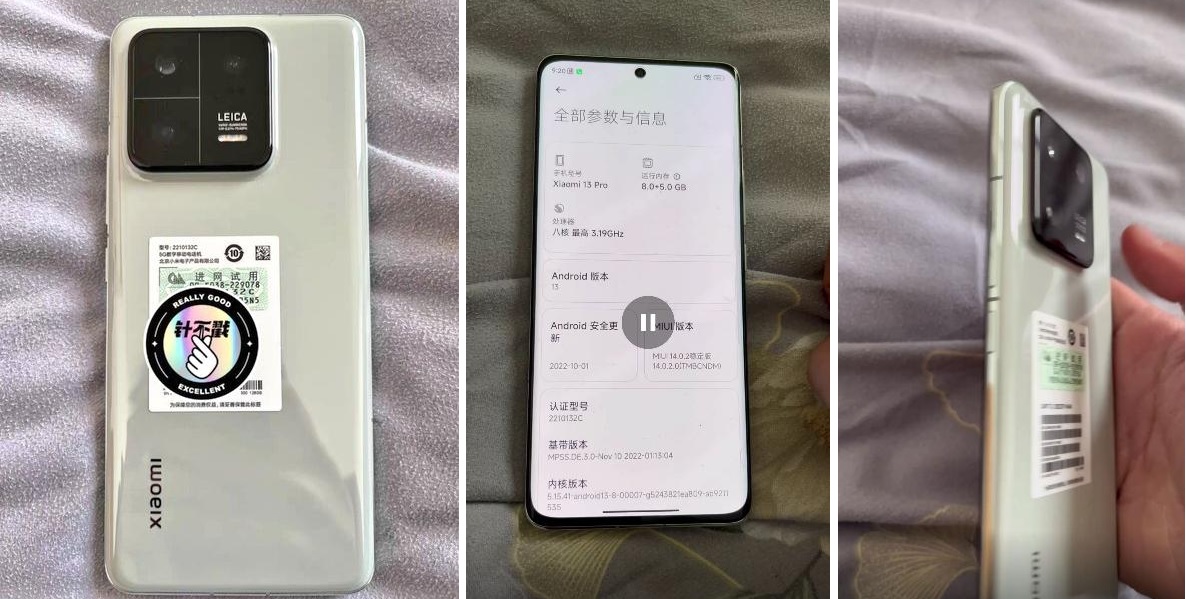 Specifications are also already on the street

The front camera is incorporated in a small hole in the display and three more cameras can be found on the back. The primary sensor has a size of 1 inch and a resolution of 50 megapixels. The other two cameras also have such a high resolution and you can use them to take snapshots at a wider angle or to zoom in.

Under the hood is the brand new Snapdragon 8 Gen 2 chip and the battery has a capacity of 4820 mAh. Charging is wired with a maximum of 120 Watts and wireless charging is also possible. The screen has a size of 6.73 inches, with a 2K resolution and a maximum refresh rate of 120Hz. A new display from Samsung has been chosen with an extra high peak brightness; great for bright (sun) light.

Xiaomi delivers the new phones with Android 13 and the new MIUI 14 shell. Adjustments have been made to the appearance and own apps are pre-installed. In addition, we expect three Android updates and four years of security updates.

The new 13-series would be presented for the Chinese market on Thursday, but that unveiling has been postponed. When that will happen now and when we will see the devices in Europe is still unknown. Of course we will keep you informed of all Xiaomi news, so keep an eye on the website!

- Advertisement -
Share
Facebook
Twitter
Pinterest
WhatsApp
Previous article
The new Gorilla Glass promises to protect cell phones against drops of one meter on concrete
Next article
OnePlus improves update policy: up to five years of phone support (update)
Hocainehttps://fadvices.com
A full time tech enthusiast with a passion for writing. Religiously follow everything new happening in the tech world and share my two cents with my audience here.
RELATED ARTICLES
Smartphones