So far, Sony’s 2022 smartphone generation has consisted of the Xperia 10 IV mid-range model and the Xperia 1 IV top model . What is missing is the compact version of the top model. Now the Xperia 5 III gets its successor: The Sony Xperia 5 IV (read: Sony Experia five mark four). And so much can be revealed: It can do everything better, looks better and comes as close as never before to the big model – even at the price of 1,049 euros (RRP). 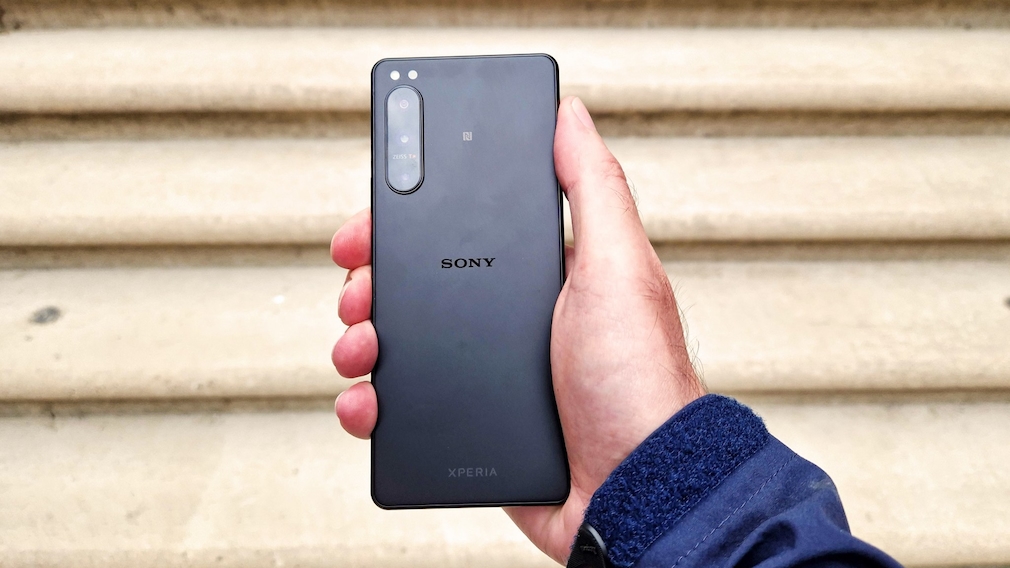 The Xperia 5 IV is immediately recognizable as an Xperia. It stays with the elongated, rectangular design, which the Xperia 5 brought. At 156 millimeters (mm) long and 67 mm wide, the latest generation is 1 mm more compact than its predecessor. It’s still 8.2 mm thin and 4 grams heavier at 172 grams – but they’re all big! In particular, the small width is rare today and ensures a special handiness. We still complained about the glossy surfaces of the predecessor Xperia 5 III. The Xperia 5 IV, on the other hand, is a perfect hand flatterer. Not only the Gorilla Glass Victus back, but also the aluminum frame is soft, matt and resistant to fingerprints. Only the Victus disc on the front is smooth. The transitions to the frame are rounded and not noticeable when swiping. Traditionally, the latest Xperia 5 is also waterproof according to IP certification (tested to IP65 and IP68). It is unlocked via the fingerprint sensor integrated in the power button on the side. Face recognition? There is not any. 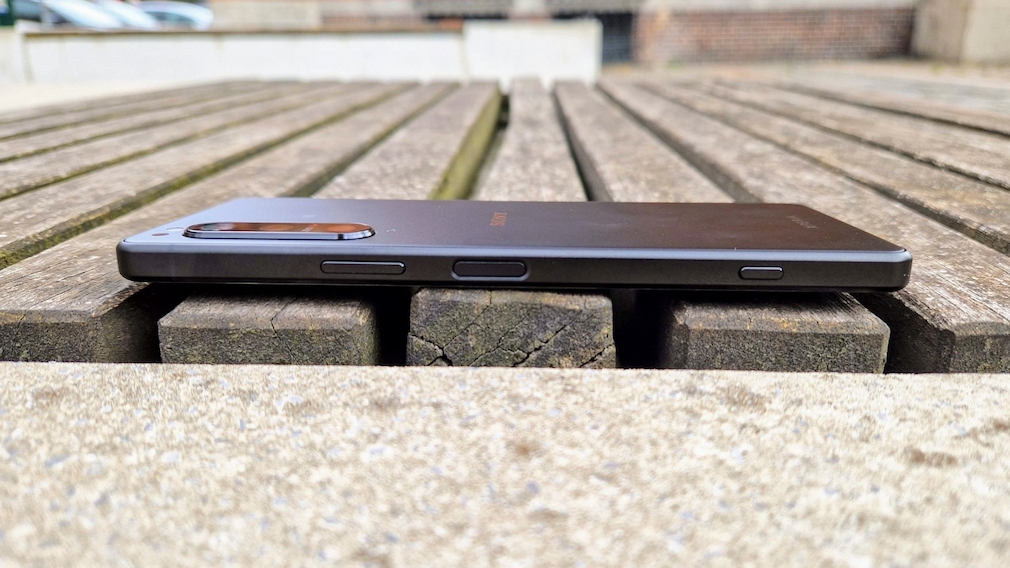 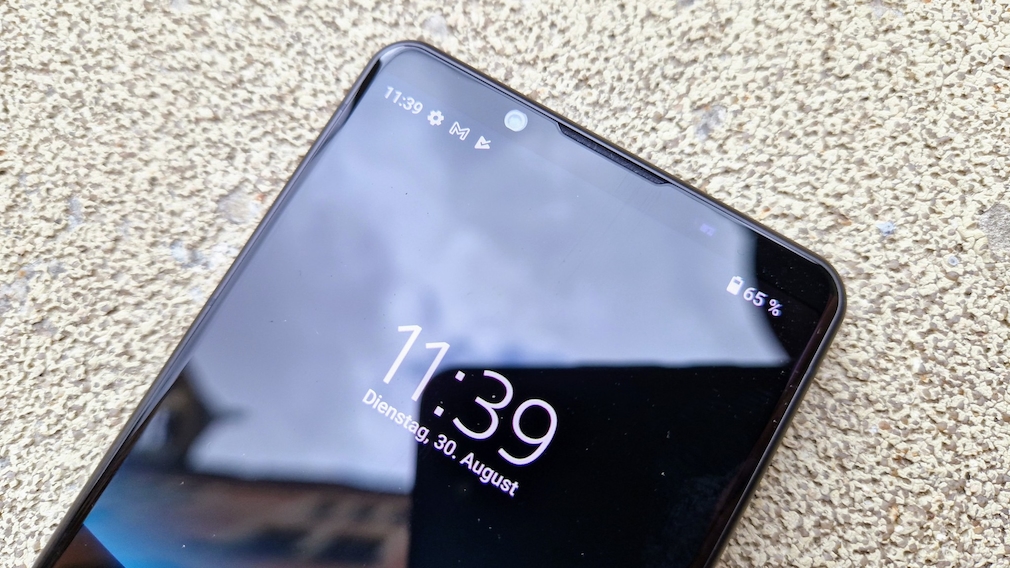 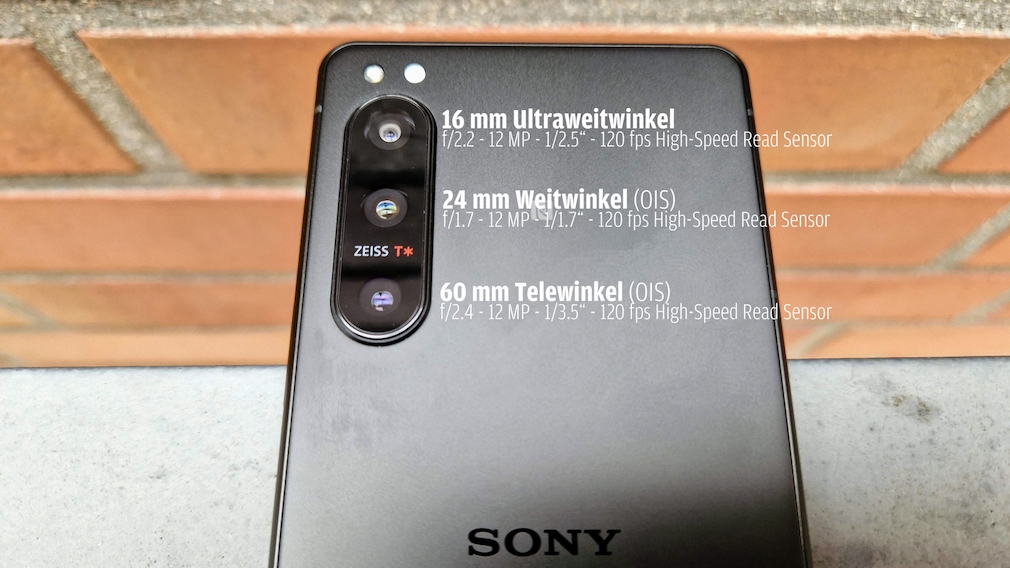 As with the Xperia 1 IV, all lenses at the front and rear are 12 megapixels (MP). The cameras on the back have a particularly fast autofocus (60 calculations per second) with eye tracking, which also recognizes cats and dogs. The object recognition also worked well in the practical test and even passing cars were continuously focused (“real-time tracking”). A tap on the screen is enough to mark it. If you’re in a hurry, you can shoot continuously at 20 frames per second. Sony has given all three imaging lenses the so-called 120 fps high-speed read-out image sensor. 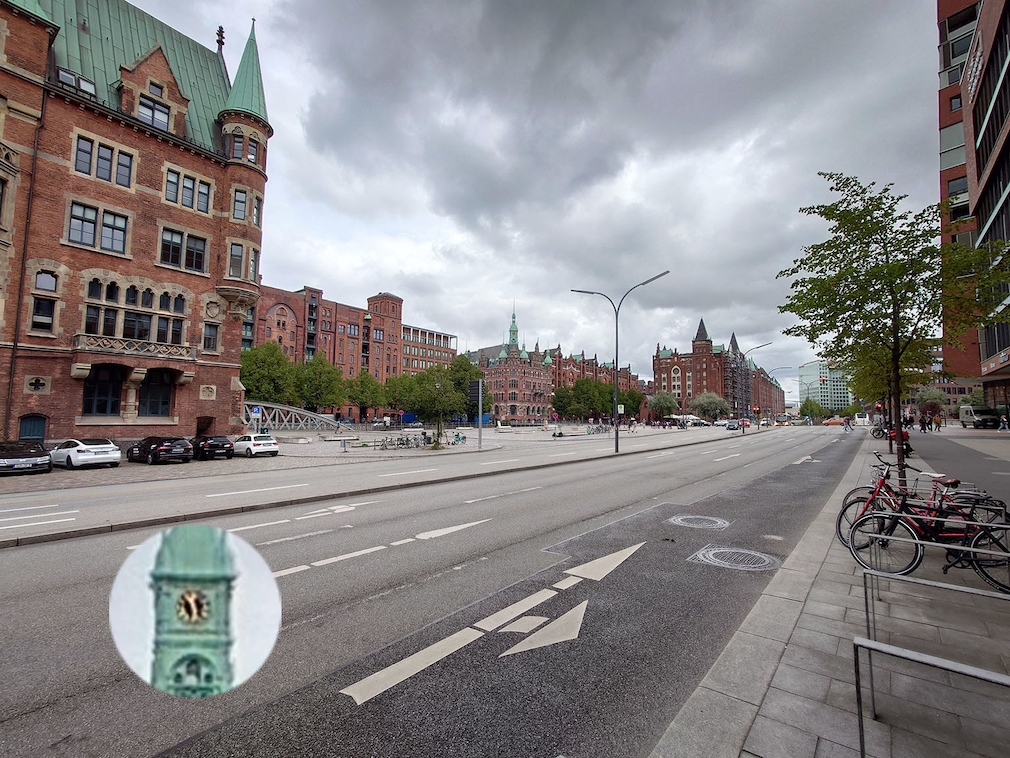 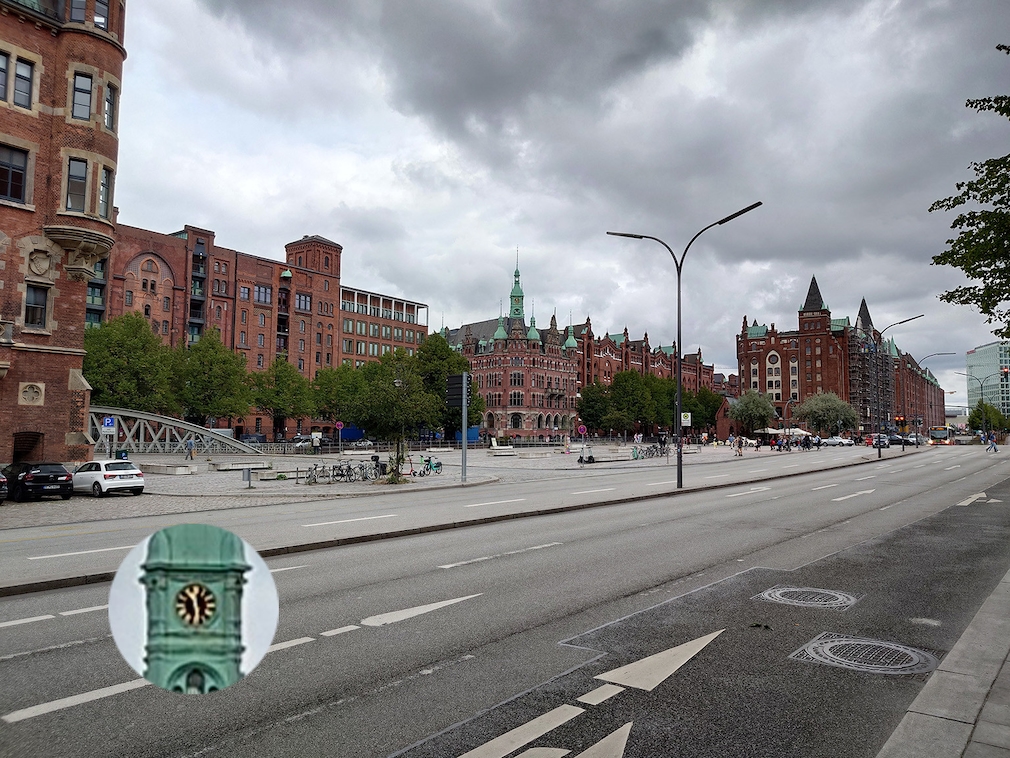 Larger zoom levels are digitally interpolated. At 7.5x magnification it’s over. This limits the loss of detail. 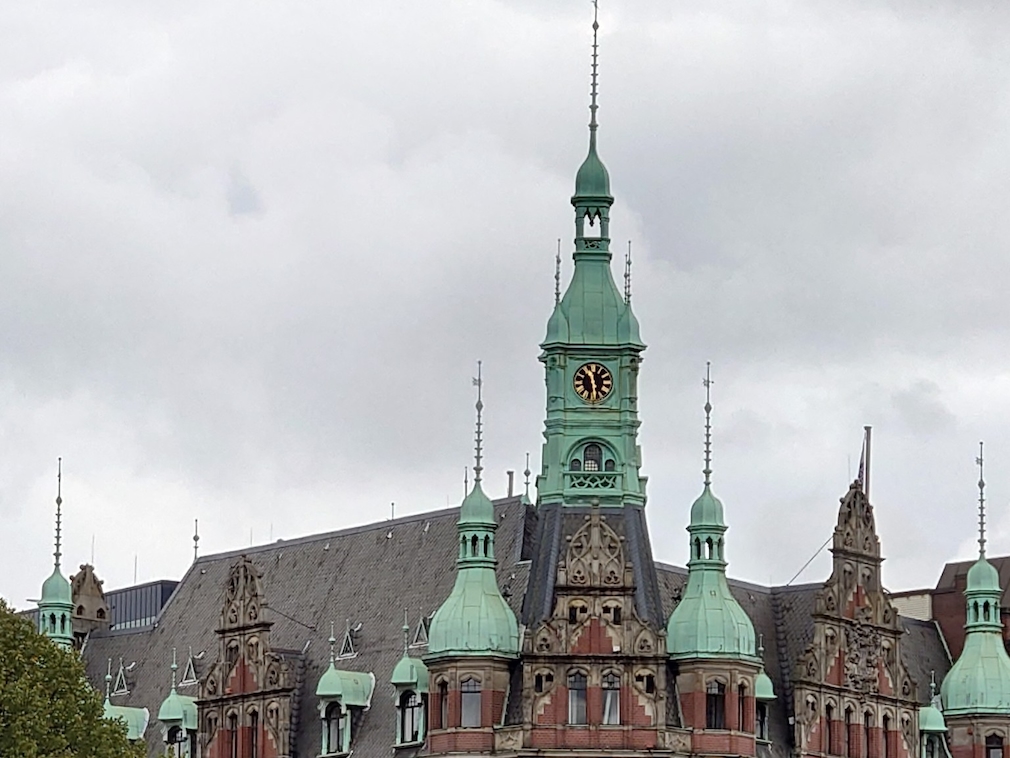 The main and telephoto lenses have optical image stabilization. Compared to the Xperia 5 III, the sensor of the selfie camera (1/2.9″) is larger, more light-sensitive and has a higher resolution (12 instead of 8 MP). Ambitious photographers and videographers will find a similar user interface apart from the quick snap basic mode as with Sony’s Alpha cameras. 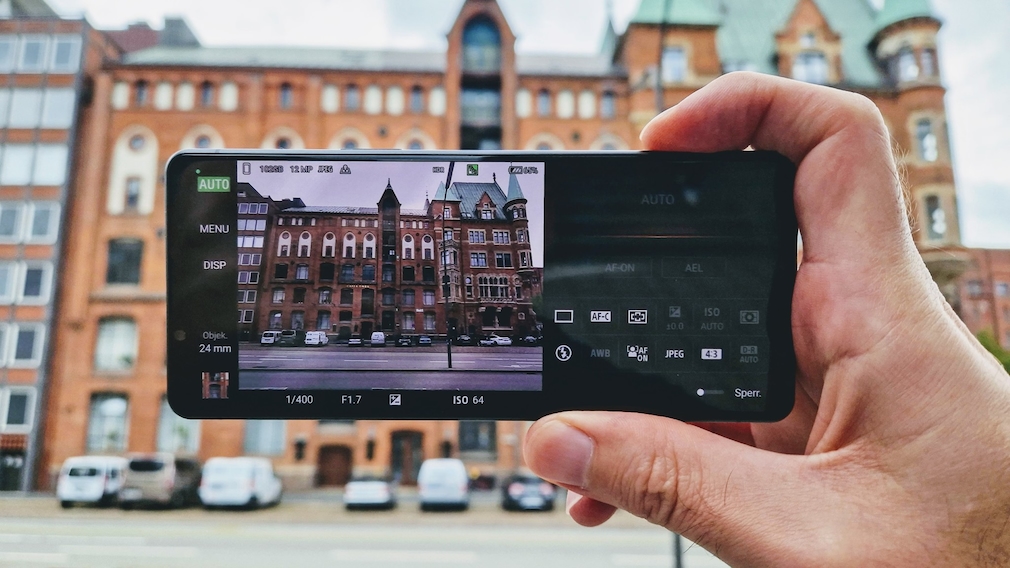 Operation is designed for landscape format from automatic mode onwards. Snapping is done with the two-stage photo button on the edge, with which you can focus with light pressure like on a real camera and release with stronger pressure. In the other programs, you can then specifically adjust the settings and tease everything out of the Xperia.

If necessary, the Xperia pumps up the memory with 4K videos at 120 fps. The music video “People Pleaser” by pop singer Cat Burns, which was shot entirely with the Xperia 5 IV in a professional context with lighting and gimbal, is intended to show what the Xperia 5 IV can do in the field of moving images. Even here, the director relied on eye recognition at times to keep actors in focus. The special moving image ambitions underline that there are already three apps for making a video.

The Qualcomm Snapdragon 8 Gen 1 processor is used. This ensures very high computing power and of course 5G. When asked why it wasn’t a more recent 8+ Gen 1, the answer was: because the 8 Gen 1 offers more than enough power. The way the Xperia masters benchmarks and games can be left as it is. As one of the last top models, the new Sony continues to rely on a jack socket (on the top). This way, your old favorite headphones can also be connected. The Xperia comes with High-Res Audio and 360 Reality Audio. Compared to its predecessor, the speakers are more isolated from the case and generate less unwanted vibrations and background noise. On board are 8 gigabytes (GB) of RAM and 128 GB of device memory. If necessary, set up one microSD card . Dual SIM works with a normal and an eSIM. Android 12 is used as the operating system at the start. Sony promises security updates for three years. You might want to lean further out of the window. As mentioned at the beginning, the Xperia 5 IV is more compact than its predecessor. Nevertheless, the capacity of the battery increases significantly from 4,500 to 5,000 milliampere hours. This should exceed the measured usage time of the Xperia 5 III of 9:37 hours. For profit-enhancing sustainability reasons, a power supply unit has to be purchased separately, as is the case with Apple and Samsung. The scope of delivery does not even include a cable. It doesn’t have to be. The reason is a real innovation in the 5 series: For the first time, the Xperia 5 IV charges a small Xperia wirelessly using the Qi standard. This eliminates a flaw compared to the Xperia 1 series. USB Type C is faster. Up to 30 watts of charging power are possible. According to the manufacturer, that’s enough to go from zero to 50 percent in 30 minutes. Other cell phones charge much faster . 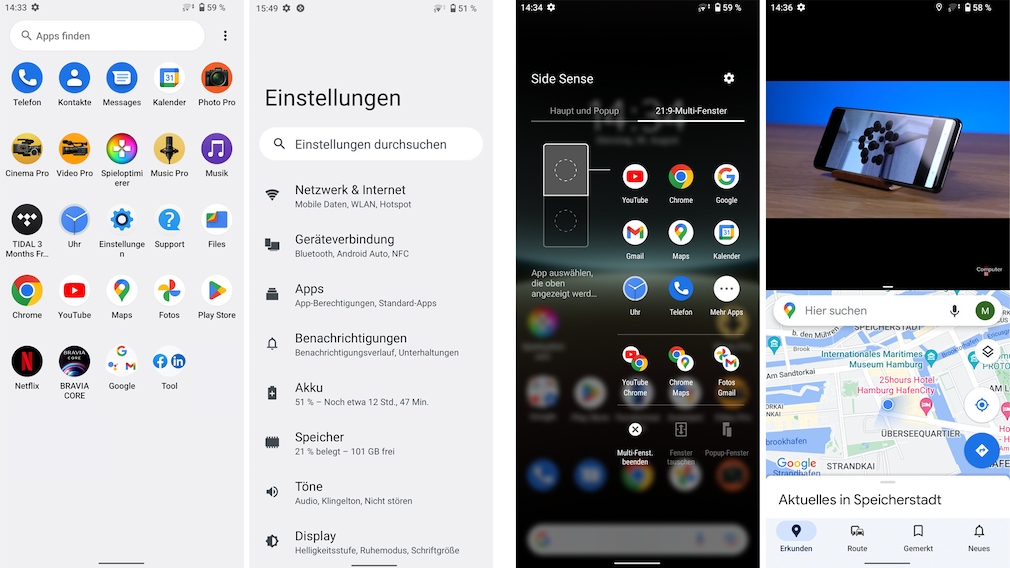 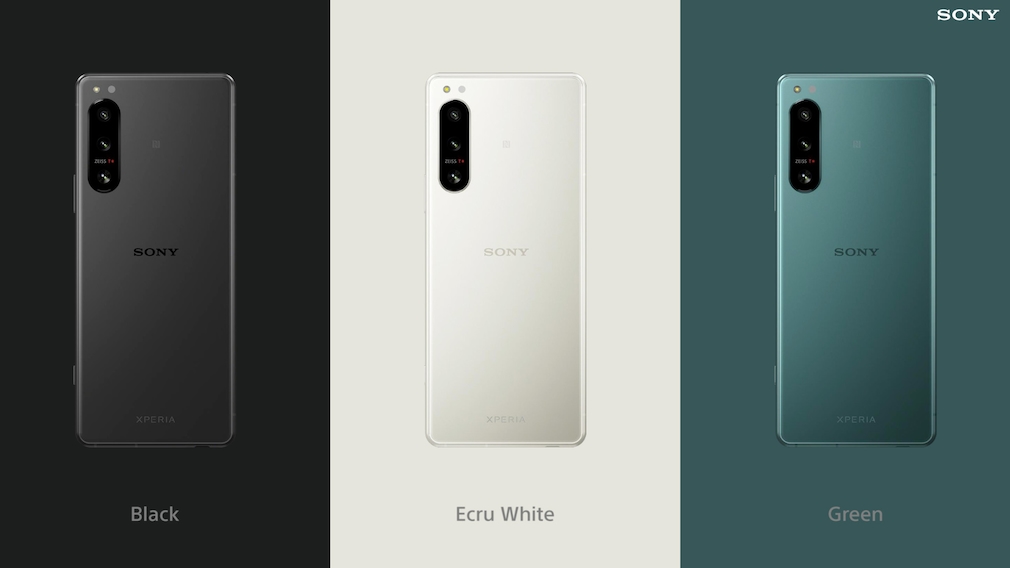 The Sony Xperia 5 IV will be available in black, white and green from mid-September. The recommended retail price (RRP) is 1,049 euros. If you buy between September 1st and October 9th, you get the wireless headphones LinkBuds S for free. During the campaign period, a used smartphone or tablet can be purchased for up to EUR 800 plus a EUR 200 exchange bonus. Buyers receive a 12-month subscription to Bravia Core, Sony Pictures’ streaming service, which currently includes 100 titles. You will also receive a voucher for five purchase films (out of 500 at the moment).
- Advertisement - Tough times for Samsung: the smartphone giant has to pull out a red pencil

Appearances are deceptive: Visually, the Xperia 5 IV is nothing new, but it is superior to its predecessor in many areas and even puts the Xperia 1 IV under pressure. With the Xperia 1 IV and the 5 IV, Sony is targeting “content creators” in particular with its photo and video skills, but “normal” people also get a really good cell phone. The frame and the back are pleasantly non-slip in Generation 4, the display is brighter, the endurance is better, the processor is faster. And then there’s finally wireless charging. The Xperia 5 IV is a very successful facelift and undoubtedly the best compact Xperia to date. At best, face recognition and adaptive frame rate control would still be good for the 5 IV.
- Advertisement -
Share
Facebook
Twitter
Pinterest
WhatsApp
Previous articleNokia X30 5G and Nokia G60 5G: screens up to 120 Hz and three years of updates for the new mid-range Nokia
Next articleIf you have a gas heater, you have to pay attention to this at the moment
Hocainehttps://fadvices.com
A full time tech enthusiast with a passion for writing. Religiously follow everything new happening in the tech world and share my two cents with my audience here.
RELATED ARTICLES
Reviews