We previously saw renders of the OnePlus Nord CE 3, but now real photos seem to have leaked of the new midranger. The design has been overhauled and looks a lot more modern.

‘New design OnePlus Nord CE 3 can be seen in photos’

The OnePlus Nord CE 2 was a popular smartphone. So it’s no surprise that the company is working on a successor. On the first real photos of this OnePlus Nord CE 3, leaked by MySmartPrice, you can see that the design changes considerably. The device has a somewhat more angular design with flat edges. OnePlus has also made the bezel slightly smaller at the bottom. This ensures a sleeker and more modern appearance.

This design corresponds to previously published renders of the Nord CE 3. Thanks to the photos below, we now know that there will at least be a new, green variant of the midrange device. The back seems to have a glossy finish, while the frame is matt. There is still a headphone jack for your wired headset.

Buying an e-car: These 6 battery myths should not stand in your way 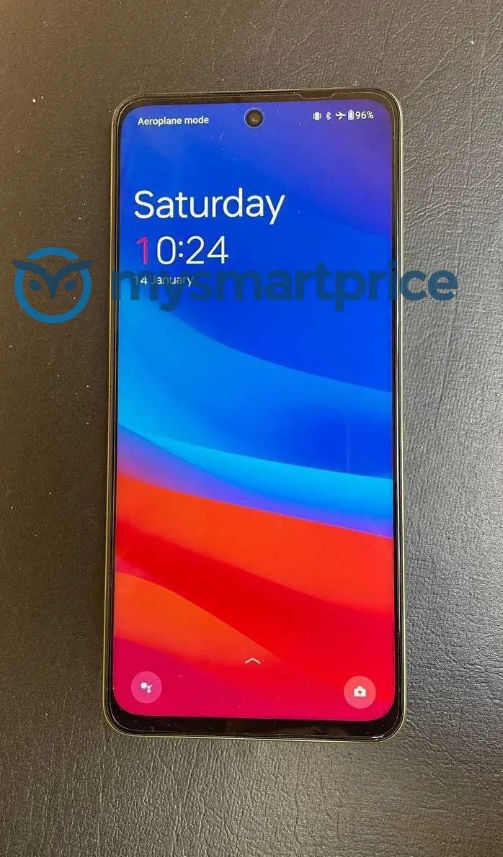 We also see changes on the back. The camera island undulating from the housing has disappeared. Instead, the lenses are glued loosely to the device, just like with the Samsung Galaxy S23. A special feature is that the bottom ‘lens’ secretly contains two cameras. It is a 2 megapixel macro camera for close-ups and a depth sensor that should help to shoot better portraits.

The main camera would have a resolution of no less than 108 megapixels. Unfortunately, the wide-angle lens of the Nord CE 2 seems to be missing this time. You used it for photographing architecture or groups of people.

These are the specifications of the OnePlus Nord CE 3

The OnePlus Nord CE 3 probably runs on the Snapdragon 695. That chip has 5G, but is strangely slower than the MediaTek Dimensity 900 processor of its predecessor. OnePlus adds 8 or 12GB of RAM and a maximum of 256GB of storage space.

The device will have a large 6.7-inch screen with a high refresh rate of 120Hz. Unfortunately, it is an LCD panel. The Nord CE 2 still had a 6.43-inch OLED display. This ensures better colors and a higher contrast. Furthermore, the battery has a capacity of 5000 mAh, which is 500 mAh more than its predecessor. The charging speed remains the same at 67 Watt. As a result, you should be able to completely fill the device in about half an hour.

OnePlus would like to release the Nord CE 3 at the beginning of the summer. What the device will cost is still unknown. The OnePlus Nord CE 2 had a suggested retail price of 359 euros, but you can now buy it for less than 250 euros.

Your Plex account in danger: a cyberattack compromises user data, but there is a solution

- Advertisement -
Share
Facebook
Twitter
Pinterest
WhatsApp
Previous article
Photos: Poco X5 Pro gets 108 megapixel camera and more
Next article
Google Stadia stops: you can continue playing these games on another platform
Hocainehttps://fadvices.com
A full time tech enthusiast with a passion for writing. Religiously follow everything new happening in the tech world and share my two cents with my audience here.
RELATED ARTICLES
Oneplus