FADVICES
HomeWhatsappWhat will you be using WhatsApp Communities for?
Whatsapp

What will you be using WhatsApp Communities for? The most used messaging app in the Netherlands has been given some new features. For example, you can now divide groups into ‘Communities’ and more. We explain what it means and want to know what you are going to use it for.

Meta – the parent company of WhatsApp – is adding a number of new features to its popular messaging app. The latest Communities update makes it easier for large communities to manage multiple chats.

Multiple group conversations can fall under one Community. This allows Community administrators to message multiple groups at the same time. As a participant you can easily switch between the different chats and so you only discuss what is relevant for the right people. 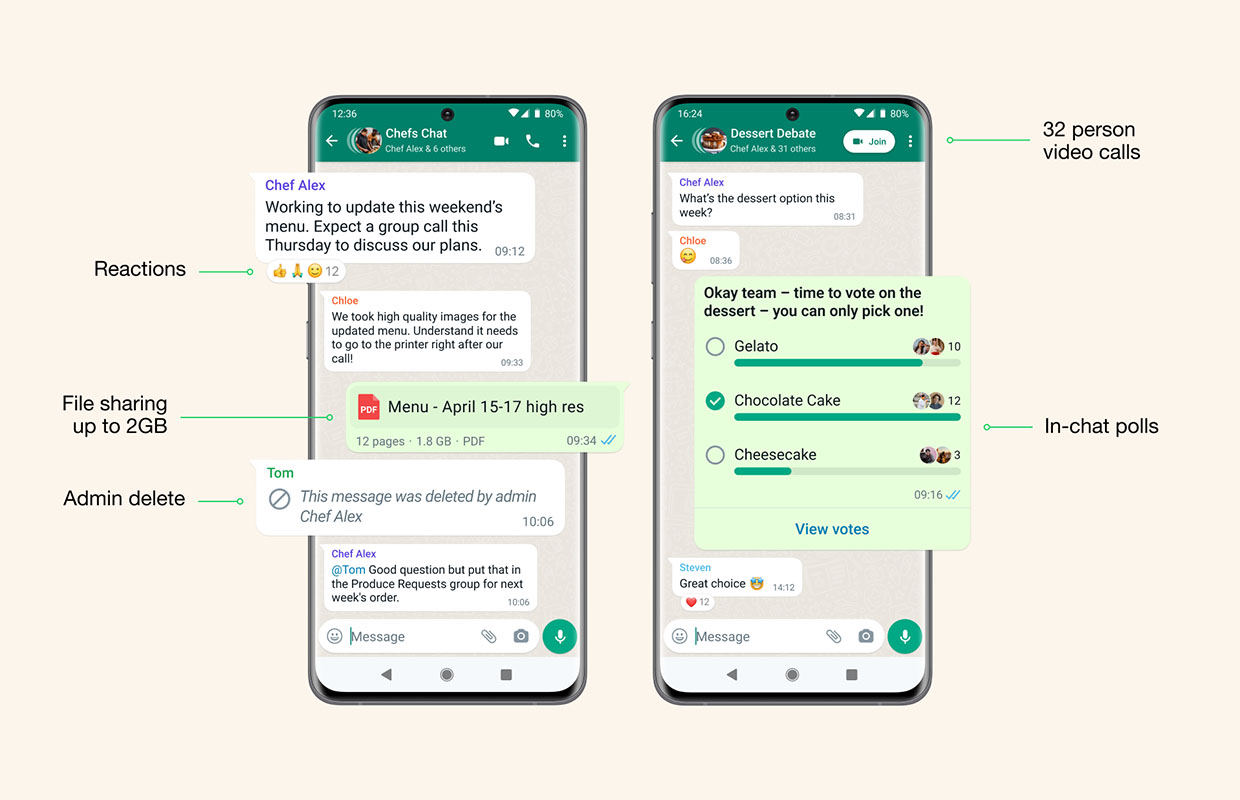 A handful of new chat features have also been added. For example, groups can now consist of up to 1024 participants, you can make video calls with up to 32 people at the same time and share up to 2GB of files. In a Communities group conversation it is now also possible to poll opinions by sending a poll.

The Communities feature isn’t the only update WhatsApp has released recently. In recent months, we have already written about new features of the chat app.

The WhatsApp tips don’t stop there, because we also explain in detail how to mute WhatsApp conversations forever, how to send an image that can only be viewed once and how to use WhatsApp on two smartphones at the same time. With our tips you get the most out of WhatsApp!

- Advertisement -
Share
Facebook
Twitter
Pinterest
WhatsApp
Previous articleAMD Radeon RX 7900XT & XTX official – RDNA3 is a price breaker
Next article5 things to look out for when buying a cheap Android phone
Hocainehttps://fadvices.com
A full time tech enthusiast with a passion for writing. Religiously follow everything new happening in the tech world and share my two cents with my audience here.
RELATED ARTICLES
Whatsapp